Alongside the national projects which DVV International supports in Guinea and Mali, networking activities on a sub-regional and regional level constitute a key component of the institute’s work in West Africa.

An important current example is the work of the African Platform for Adult Educa tion. With support from ICAE and DVV International, representatives of four large African networks (ANCEFA, Femnet, PAALAE and Pamoja) met in Dakar in March 2008 to develop a common strategy for CONFINTEA VI. The Platform was estab lished as a key outcome of this meeting to give a stronger and more united voice to African civil society on issues of adult education and literacy training.

The new Platform had a first opportunity to prove its potential at the African pre paratory conference for CONFINTEA VI, which took place in Nairobi in November 2008. Through dedicated advocacy efforts, supported by a sound report from the perspective of civil society on the situation of adult education in Africa, the members succeeded in bringing the Platform’s demands into the proceedings of the confer ence and to exert active influence on the final conference recommendations.

The Platform has shown itself to be a flexible and efficient lobbying instrument. In a very short span of time this innovative structure has succeeded in uniting Africa’s civil society organizations within a single forum that represents their com mon interests and facilitates their communication and collaboration in an effective partnership with governments and UNESCO.

“On behalf of the UNESCO Institute of Lifelong Learning, we would like to congratulate the Platform on the outstanding work they have accomplished in such a short space of time. We hope that the process, which has enjoyed such a strong start, will be consolidated during and beyond CONFINTEA VI. Only by working TOGETHER as a UNIT will it be possible for us to master the challenges.” Madina Bolly, UIL

DVV International has assisted the Platform since its inception. It supports the effort with financial and technical aid and has placed space and facilities in the dvv office in Bamako at the disposal of the Platform Coordinator.

Another sub-regional effort conducted with assistance from DVV International was a seminar held in September 2008, in Sélingue, Mali. The event was organized in cooperation with Pamoja, the network of REFLECT practitioners in West Africa, to analyze the strategy documents for poverty reduction and national policies on non-formal education and literacy training.

Relevant national documents from seven countries of the region were carefully ex amined in small groups comprised of representatives from universities, government bodies, and civil society, to identify strengths and weaknesses and offer observa tions on plans, proposals, and the status of their implementation. The groups repre senting the different countries were given the opportunity at the seminar to present the results of their analyses. With growing recognition of the overall situation in the various countries and a better picture of strengths and weaknesses, the stakeholders are in a more favourable position to engage in and deepen discourse in the relevant circles. Critical discussion focused, above all, on the roles and tasks of all actors concerned, including civil society, the state, and donor organizations.

Country comparisons revealed different levels of progress in the preparation and implementation of strategy documents, but also an overriding tendency for weak commitment on the part of the governments on issues of non-formal education and literacy training. Among other things, the representatives criticized:

The seminar also served as a step in the preparation process for the November 2008 conference in Nairobi. The results and recommendations were made avail able at the Nairobi conference in a document published for the purpose. Plans exist to expand the network and include partners from Anglophone Africa.

“The seminar had an exceptionally well-designed concept that should serve as an example for further meetings. We need to expand our network so as to strengthen our voice. Above all, however, we need to stop closing our eyes to reality and call things by name in order to bring about positive change.” (Modibo Diakite, Co-ordinator of the ICCO Programme “Multi Acteurs Mali”)

An important function of such seminars and workshops, however, is also the space they provide for educators to enhance their motivation through their encounters with colleagues from other countries:

“It has been an overwhelming experience for me. I have learned a great deal about the interrelations of networking and lobbying during this seminar and am motivated to revive the Pamoja network in Togo. I’ll do everything I can to take part in the Pamoja West Africa Conference at the end of the year, even if I have to pay for the trip myself.” (Albarka Aboukerin, Pamoja Togo)

The nature of the work supported by DVV International in Madagascar has under gone substantial changes in recent years. There has been a shift in emphasis to the coordination of activities and cooperation with a network of national adult education partners. The Institute’s main partner is the Association Malgache pour l’Éducation des Adultes AMEA, which occupies a clear leadership position within the network. AMEA mainly focuses on training adult educators from member or ganizations. In 2007, the AMEA training cycle “Formation de Formateurs” was completed by eleven staff members from various organizations. Participant fees covered a larger percent of the cost of running the courses than in previous years, which is a clear indication that the courses are well received. Besides training, 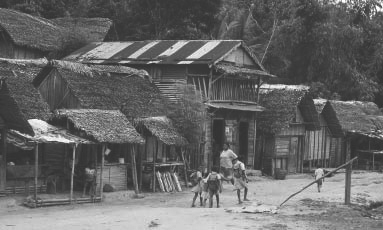 AMEA is also engaged in lobbying activities and the promotion of decentralization, good governance, and national environment strategies.

The establishment of a quality management system in the field of basic education for adults in Madagascar has a high priority for DVV International. Work in this area continues to mainly support partners engaged in the development of concepts and guidelines for functional literacy approaches (e.g. AFISOD – Alphabétisation Fonctionnelle Intégrée pour le Soutien au Développement – Integrated Functional Literacy Training to Support Development), and those which use the REFLECT approach to facilitate the acquisition of literacy skills and foster autonomous com munity development. The objective is for each of these groups to develop a set of quality standards and to document them in a handbook for practitioners and multipliers.

Partner organizations such as Fanoitra, Amontana, and Malagasy Mahomby have confirmed the benefits of this approach. Using quality criteria in their experi ence promotes continual improvement of their work and makes it possible to foster learning processes beyond their own institutions. Their positive assessment has led to an increase in the demand for quality concepts.

Within the framework of a national programme to document land tenure and property rights in community-based registries, the World Bank has sought the collaboration of DVV International in the development of teaching and learning materials around this pressing issue.

Another important emphasis for DVV International is advocacy work to secure greater acceptance and achievement of the goals envisioned in the Education for All initiative.

AMEA’s membership in the recently formed civil society platform, on which it serves as the recognized national representative for the literacy and basic educa tion sector, places DVV International’s partner in the position to take active part in the development and assessment of a national literacy strategy. Unfortunately, little progress has been made to date in advancing the process despite the ambitious goals outlined in the national development plan.

Together with its network of partners, DVV International has been working since 2000 within the framework of activities conducted during the annual “Adult Education Days” to focus attention on important issues facing the field of adult education. The CONFINTEA VI Africa Preparatory Conferences gave DVV International the opportunity to further discourse on the significance of CONFINTEA VI and to win the backing of Ministry representatives.