Nowhere in Europe, functional illiteracy among women is higher than in rural Kosovo. One in four women is not able to read a doctor’s prescription or an election ballot. This lack of basic skills absolutely disqualifies them for the precarious job market. In order to meet European standards, the country has to commit itself to huge efforts in literacy and basic education. But Kalabria, a NGO which operates in rural Kosovo with more than eighty member organisations, holds that sustainable literacy can only be reached if it is accompanied by measures that help the women to become economically independent. Combining literacy work, vocational training and economic activity, has proven to be a successful approach to overcoming poverty and social exclusion. Sevdie Bunjaku, executive director of Kalabria, and Beate Schmidt-Behlau, director of DVV International’s regional office for South East Europe, have a success story to tell.

Inclusion of Women through Literacy Training in Kosovo

The level of poverty in this country is very high. According to World Bank estimates the income of more than half of its population is less than the minimum wage, and 16 % live in circumstances of poverty. The employment level in the country is 39-41 %, however the rate of unemployed women is around 53-59 %.

Concerning the educational situation, 61 % of the female population have not had any formal education. 6 % of the population is completely illiterate, with illiteracy amongst the Roma population in Kosovo rising to 17 %. Against the background of development so far in Kosovo, illiteracy has been and still is present in really worrying proportions. The issue of illiteracy is complex, and there are two types of illiterates:“Classic” illiterates, who do not know how to read and write at all, and functional illiterates who possess some level of reading and writing skills but are not capable of using them adequately in real life situations. It is assumed that the general level of illiteracy in Kosovo is higher than 10 %, while the functional illiteracy rate reaches around 40 %.

The reasons for such high rates of illiteracy are very complex. One of them goes back to poor quality standards in Kosovo‘s education system which does not provide students with good reading and writing skills. The second reason is a general neglect of education issues by the governement, which causes the education system to fail and is also at the root of the low state of development of Kosovo‘s economy. Education is not perceived as a priority issue by the population either. People need to work first to survive.

Although precise and gender segregated data about the situation are lacking, various non-governmental organizations estimate that the rate of illiteracy in Kosovo is over 10 %. According to a recent publication by the Statistical Office of Kosovo, this phenomenon is three times higher among women and prevails mainly in rural areas.

In order to alleviate this phenomenon, the Ministry of Education is implementing several non-formal learning projects. From 2002 until now, more than 2000 women and girls have completed courses in teaching, writing and reading, while another 700 are currently continuing these courses. They have gone through four cycles of this type of learning, which is considered equivalent to five years of primary school. The Ministry of Education is considering that it would be appropriate to hand out a sort of certificate which shows that these women and girls have completed a basic education course. They will have the opportunity, through continuing education, even to finish primary school, and that might mean that in future they will have access to a wide range of employment opportunities.

Eliminating illiteracy is one of the standards that Kosovo must achieve in the field of education in order to qualify for joining the European Union. Various advisors in the Ministry of Education claim that this Ministry has already begun preparations for this issue.

In the Pre-University Education 2007-2017 strategy, the Ministry of Education, Science and Technology (MEST) has presented the elimination of illiteracy as a key problem to solve. It is estimated that this strategy will not be able to eradicate illiteracy completely, but it will contribute to reducing it significantly. An enormous commitment of Kosovo‘s institutions and society in general will be required to avoid the continuation of high illiteracy rates.

According to European standards, Kosovo was supposed to decrease the high number of illiterates by the end of 2015, as well as to generally provide better education conditions. Officials at the Ministry believe that the phenomenon of illiteracy in the country will be reduced in large measure by 2015, while experts are pretty skeptical about achieving this goal. There is a tendency to negate the real situtation for lack of accurate statistics. Also, the Ministry has not yet specified who is considered to be an “illiterate” in the society. Is it people who do not know how to read and write, or is it that part of the population that has had the opportunity to be in school, but has not finished primary school?

On an operational level there are many impediments to improving the current situation, as the quality of education must be improved first and foremost:

“The involvement of children in formal education has to be organized. The chances of achieving this are quite small, though. There is also the problem of lack of space. We have a great apathy among the citizens which will hamper the achievement of this standard.” 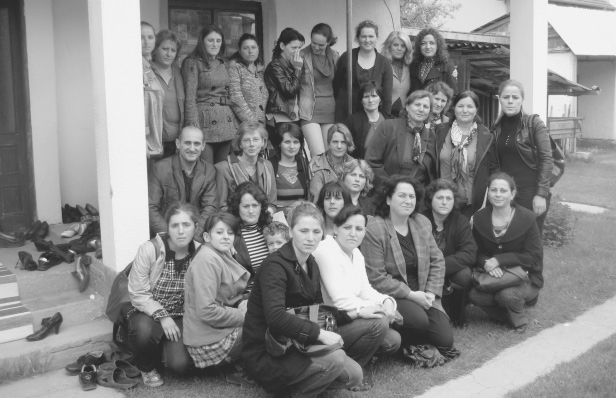 Many women’s NGOs sprang up after the war, built by the willingness of women with the initiative of building a civil society in Kosovo. One of them is the “Kalabria” NGO, which operates mainly in the rural areas in Kosovo with 82 member organizations. Every second month the members meet in different locations to discuss the programme and give support to each other.

Mrs. Sevdie Bunjaku, who established the NGO together with the organization’s coordinator Mrs. Vjollca Kajtazi Zeqiri, stated that the women in rural regions in Kosovo are in great need of help. There are many cases of illiteracy of women in Kosovo, and sometimes there is still a lack of awareness amongst young women telling them that good looks are not sufficient to allow them to lead self-directed and meaningful lives. However, there are many examples of women who were ashamed to admit that they did not qualify for jobs based on literacy skills, and consequently were eager and ready for positive change.

One of the initial activities of the organization was the cultivation of flowers. After the implementation of the project, the beneficiaries, up to now, have been able to maintain the continuity of the project and to fulfill its aims by cultivating different flowers and by finding ways to market them.

The idea to generate income based on selling flowers was sparked off by an internet search by one of the Kalabria women. It was a business idea around flower arrangement services successfully practiced in the UK, and it connected well with practices in rural regions in Kosovo where most homes have a small garden space that is taken care of by the women.

As there are many embassies settting up their representations in Kosovo, the women from Kalabria had the idea to offer decoration services for embassies and also for conferences of all the international organisations working in Kosovo. The women also decided to make offers to hotels and restaurants. In vocational trainings to help them set up the project, they learnt how to write a business plan, how to identify the types of flowers, how to determine their price, and how to market them. In another course they learnt all about horticulture and how to grow the flowers and how to multiply the seeds.They started growing chrysanthemums and roses in 50 gardens in the first year and raised this to a production in 100 gardens in the second year. The flowers can be exploited in spring and summer. In some places the women have opened shops where orders can be placed. They are now developing a website. The flower business is very successful.

The Kalabria education centers have not only focused on making women economically independent. The organization has also deemed it necessary to concentrate on different trainings in order to enable women to obtain various skills. The idea was that these women would benefit from these skills, and this in turn would develop multiplyer effects for the whole community. In the literacy approach, Kalabria stresses the importance of combining literacy and numeracy skills with vocational training to really help the women into more economic sustainability.

The “Read and Write” project, for example, which is currently being implemented, has helped 180 women to learn to read and write, skills that are necessary to create some sort of independence in their day-to-day lives. The best way to describe the effects of this project is to use the words of Mrs. Vjollca Kajtazi Zeqiri who said: “It makes me very happy when women who come to our center tell me that they do not need their children anymore to tell them which is the bus number 4 or 3 and that they can tell that themselves now”.

Before the literacy courses were started, and to get an idea of the needs of the women, Kalabria decided to inform the families in the communities personally as they knew that many women are too shy to confess that they do not know how to read and write. Therefore members of Kalabria working in the rural communities developed a specific questionnaire and started by knocking on doors to sit and listen to the existing needs and inform the whole family about the planned literacy programmes. Often a woman would wait until other families had left the living room to admit that she did not know how to read and write. Husbands were usually quite supportive. 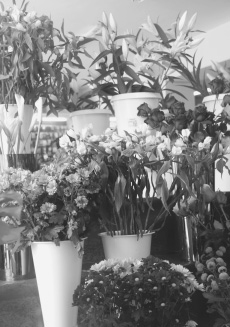 As a result of the skills aquired in the courses every woman could report individual benefits:

Kalabria also has a political mission to inform about the role and responsibility of politics in supporting women’s issues. Therefore they also ran a campaign around election time to enable women from the communities to discuss the political programmes and become aware of what is happening on the political level. The women adressed were successful in raising these issues with politicians before the elections, but unfortunately after the elections the promises were not fulfilled.

Another project had the aim to enable women to vote. 350 women were involved in this project, and they were trained to take decisions on their own without being influenced by men. At the same time, women were taught how to sign their names. The success of this project was that a great number of women who took part in this training were able to vote on the day of the general elections.

DVV International’s office in Kosovo has contributed financially to the projects of Kalabria. Bearing in mind that most of these women are heads of family households, it is important that women living in small villages also have the chance to receive support to improve their economic situation.

The funding has enabled the staff of Kalabria to obtain the necessary skills that they later pass on to the women they train. It is worth mentioning that “Kalabria” staff also undertook training in various other fields of knowledge, such as “domestic violence” training, and how to work with the media.