Education for Everyone. Worldwide. Lifelong. / Adult Education and Development / Editions / AED 81/2014: Communities / ARTICLES / How to build a learning community out of Serbia

How to build a learning community out of Serbia

Abstract – Serbia is moving towards joining the European Union. This affects several communities in the country, as well as the community education system. This article looks at the importance and the development of elementary education of adults, Peoples’ and Workers’ Universities, and the initiatives of civil society to improve life in the community. The future development of community education depends on organisations able to manage EU funds and having the capacity to assure the mobility of learners and knowledge at international level.

Let us start with the relationship between learning and the community. Informal learning takes place daily, through various roles that we assume as adults, or which are simply imposed on us (grandfather, mother, manager, soldier, etc.). Two major trends currently shape our society. Our world is increasingly dominated by electronic media and by mass migration. These two trends create specific challenges, since both the spectators and the pictures are continuously moving at the same time. Not every community responds to change with a demand for learning. The recent influx of asylum seekers to Serbia, put into shelters close to smaller towns, has elicited fear and protests among the inhabitants of those smaller towns. This example illustrates that people of ten do not respond to change with openness nor see the need for learning and for expanding their cultural horizons. Learning in the community is a complex problem, and a highly contextualised one at that, requiring us to harmonise the goals and the purpose of learning with individual and situational differences, societal growth and andragogical principles of learning.

Literacy as a community need

Literacy in the Balkans, populated by the Slavs in the 9th century, is related to the expansion of Christianity in the Slav language, which was, at the time, a political act. Many centuries later, in the 19th centur y, the language reformer Vuk Stefanović Karadžić facilitated the usage of script and lobbied for turning the common speech of the folk into the official language of Serbian literature. This was the first genuine democratisation of script, putting in writing what had been passed down orally for centuries. 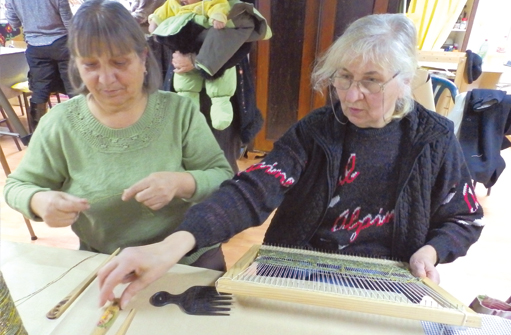 The overlap between the needs of individuals and society is best illustrated by the combat against illiteracy in the Federal People’s Republic of Yugoslavia shortly after the end of World War II. The regime saw literacy as the key for full social inclusion through adoption of the ideology current at that time. At first, literacy was encouraged by means of comprehensive literacy campaigns, and then a system for Adult Education was created, including evening schools offering adults basic skills.

The 1990s war caused not only the crumbling of the education system, but also the downfall of a reference framework of values. During the war and immediately after, basic skills consisted of survival strategies, reconciliation with neighbours, dealing with the past, non-violent conflict resolution, transformation of relations, etc. These processes have not been completed yet, and anthropologists are warning us that histor y constitutes a ver y specific form of  “knowledge” which may be based on actual events, but just as easily on “fictionalised” facts or even “made up” incidents.

The learning of basic skills in the communities that survived the harshest war atrocities must be accompanied by the segments of continuous education needed for peaceful coexistence, bearing in mind that many lives were unfairly lost. Every form of education and learning (formal, religious, within the family and so on) has the opportunity to nurture love and mutual respect within the community, and it can be the crucial influence on shaping the environment and achieving an open public space.

The reconstruction of “burnt bridges” made people ask: What happened to our jobs? Why is the economy in our  region still stagnating? What are the skills I need in order to  start acquiring my own property anew? The economic and demographic changes have placed new challenges on many communities. According to the last population census in Serbia, the average age of the population is 42.2, 13.68% of the population did not complete elementar y school, and  51.01% of the population are computer illiterate (Statistical Office of the Republic of Serbia 2011). The discrepancies are particularly high when it comes to women, the Roma and the elderly living outside large urban centres.

This situation, together with the need for competencies required by foreign investors, and the EU accession process, have led to a wide cooperation of all stakeholders in the community (the state, the EU, NGOs, faculties, local selfgovernments, employers, etc.). Together they have created  The “Second Chance” – Systemic development of elementary practice based Adult Education. The project was also supported by EAEA (European Association for the Education of Adults) and DVV International (Institute for International Cooperation of the German Adult Education Association), with the latter continuing to provide support even after the project had ended and become part of the educational system in Serbia.

The roots of non-formal education of adults and promotion of knowledge dates back to early 20th century Belgrade. This is the time when the city used to be the capital of the Kingdom of Serbs, Croats and Slovenes. Ilija Milosavljević Kolarac, a merchant, left significant funds to establish the University. After detailed consultations with the Dean of the Belgrade University, it was decided that the future educa tional institution would be a complementar y establishment. It became a branch of the University promoting scientific knowledge to be used in ever yday life and economy. World War II moved the nation away from learning, and it also contributed to a general decline of literacy of the entire population. 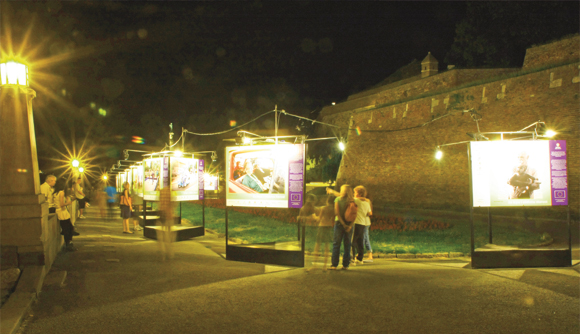 After the war an entire system of non-formal education for adults was born as Peoples’ and Workers’ Universities. Only a part of education in these institutions was institutionalised, because the learning needs were defined by the participants themselves. The newly-founded educational institutions were established in all parts of the country, and they were complementary to the formal and vocational education system. It is clear that the ideological nature of the curriculum was emphasised, implying a desire to shape and develop the communities based on ideology. Consequently, when Yugoslavia fell apart, only a pale shade of the previous Adult Education system remained. The economic transition left the Peoples’ and Workers’ Universities to themselves and to the market. The reform of education in the Republic of Serbia has completely ignored the education of adults, so when the democratisation process began, the only ones trying to preser ve the education of adults were within the non-governmental sector and community.

Learning is the solution

The Adult Education Society was established in 2000, at a time when Serbia faced its greatest challenges. The idea was that education of adults, with the cooperation of all relevant sectors, may contribute to a faster democratisation of society.

The key problem in the learning process in Serbian communities is knowledge in the form of myth or “made up” history, which is often the reason why a part of the community is ostracised. Such knowledge is imposed, thus impeding further development. In order to achieve changes, it is necessary to establish dialogue with the community. The Adult Education Society works with outreach campaigns encouraging educational activities accessible by all. For example, the Adult Education Festival has been organised since 2001. The festivals have increased the interest in learning and education, but not for ever yone in society. 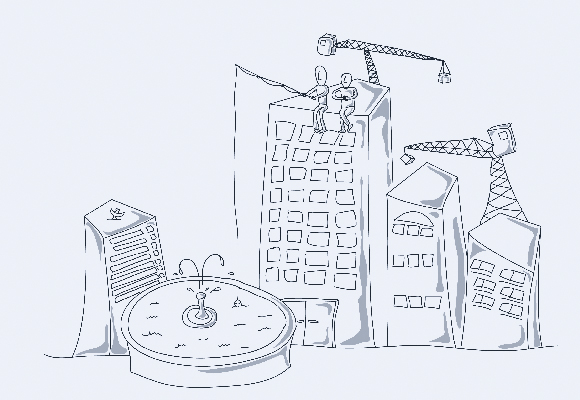 The economic crisis, the austerity measures, the high unemployment rate particularly among the youth, and the ageing of the population have all increased prejudices against the elderly and their social marginalisation. The first steps to increase the par ticipation of the elderly population in adult learning in Serbia were made by establishing the Third Age university network in 2004, with the assistance of DVV International and the professional support of the Institute for Pedagogy and Andragogy of the Faculty of Philosophy in Belgrade. The network was integrated into the former system of Peoples’ and Workers’ Universities. In this process many problems have been discussed, such as inadequate capacities of institutions dealing with education for elderly.

In effect community education is not an unknown thing in Serbia, but incentives are needed for the people to participate. There is still a lack of institutional, financial and logistical support, although this can be overcome by pooling the current resources. The future development of community education depends on organisations able to manage EU funds properly and maintaining the mobility of learners and knowledge at an international level. Advocacy and lobbying for the sustainability of initiatives coming from the needs of the communities are also needed.

An important change in the promotion of education of adults and community learning in Serbia was when the festival went online, by creating the web por tal I came, I saw, I learned. This por tal aims to awaken the learning process in each individual. Cooperation with local partners, a comprehensive one week campaign, and connecting the festival with other events finally allows the ideas to reach all the relevant targets. By promoting not only successful learners, but also all those who wish to share their skills with others, there is now a monitoring system locating skills hidden in the local communities, aiming to encourage their exchange. This U-turn in the promotion of adult learning and education is the first step to make communities more willing to return to learning, and at the same time it gives the opportunity for training providers to listen to the needs of the communities.

Learning Communities on the way toward the EU

When Serbia is negotiating to join the European Union, there won’t be any major challenges in the area of Adult Education. Problems may arise in practice, at the level of community learning focused on full participation in the democratic process through the cooperation of all stakeholders. The return of trust in administration at all levels is another goal. These processes require a holistic approach to all the changes that happened so far, causing a certain cultural lag. This is because the entire cultural system is not being changed at the same time, but individual sectors and elements are undergoing changes at a different speed. The only way to accomplish this is through an open approach to the development of learning communities, respecting the specific features of different environments and individuals. The role of the non-governmental sector is to encourage communities to communicate and to learn, to define their own needs, and to express their ideas of how to best develop.

Statistical Office of the Republic of Serbia (2011): Educational Attainment, Literacy and Computer Literacy. Available at http://bit.ly/1mrMYGv

Nikola Koruga graduated in Andragogy from the University of Belgrade. As a project manager at the Adult Education Society, he coordinates national and regional activities relating to networking and promotion of Adult Education in Serbia. For the last three years he has been a member of the organisational board of the Serbian Adult Learning Festival. Nikola is currently working on his master thesis “Adult Learning Festivals (characteristics and function)”.