The do’s and don’ts of Global Citizenship Education

Abstract– UNESCO is promoting Global Citizenship Education (GCED), not only creating a new global norm in education but also a new analytical perspective. The concept of global citizenship is ambiguous and complex, we need a theoretical clarification of what it means and what it could mean. The purpose of the article is therefore to briefly introduce a Global Multicultural Democratic Citizenship theory of GCED and highlight the implications of GCED for adult education.

Global Citizenship Education (GCED) is one of the three pillars of the 2012 UN Global Education First Initiative (GEFI),1 promoted internationally by the support and work of UNESCO. The aims and ambitions are set high: “Global Citizenship Education aims to equip learners of all ages with those values, knowledge and skills that are based on and instil respect for human rights, social justice, diversity, gender equality and environmental sustainability and that empower learners to be responsible global citizens. GCED gives learners the competencies and oppor tunity to realize their rights and obligations to promote a better world and future for all. GCED builds on many related fields such as human rights education, peace education, education for international understanding and is aligned with the objectives of education for sustainable development (ESD).”2

UNESCO has encouraged national government agencies, transnational and non-governmental organisations, teachers and researchers to pursue various policies, programmes, and pedagogies to foster and further develop global citizenship education. The idea is to not only create a new global norm in education but also a new analytical perspective. However, with such an ambiguous and complex concept as global citizenship, there must be a theoretical clarification of GCED.

Beyond lifelong learning of adult education

For decades, lifelong learning has been deeply connected to adult education. Lifelong learning as a paradigm focuses primarily on individual development and personal growth, including improved health and wellbeing. It links learning explicitly to the expansion of labour skills necessary to prepare or enhance abilities of adults for employment and innovation within the ever-changing technological and digital demands of a knowledge society and to compete in a global economy. In addition this concept can to a lesser extent also address “the core of political socialisation, participation and integration of civil societies and democratic governance, including the challenges of immigration, multiculturalism and af firmative action” (Torres 2013a: 9). This approach to adult education tends to value individual development of skills for the knowledge society. A participatory educational approach focusing on the individual as a decision maker interconnected to a wider local and global community concerning vir tues of the environment and cultural diversity is greatly overlooked. A global citizenship education approach to adult education intersects individual development as a participatory process with sustainable development and peace education fostered by a model of global commons.

We see global citizenship as being marked by a combination of an understanding of global ties, relations and connections, with various forms of participation driven by a commitment to a global collective good. Global commons is defined by three basic propositions.

So, why should stakeholders of adult education care about Global Citizenship Education? According to UNESCO, Global Citizenship Education is seen as an intervention dealing with:
“A new class of global challenges which require some form of collective response to find ef fective solutions. These include increasingly integrated and knowledge-driven economies; greater migration between countries and from rural to urban areas; growing inequalities; more awareness of the importance of sustainable development and including concerns about climate change and environmental degradation; a large and growing youth demographic; the acceleration of globalisation; and rapid developments in technology. Each of these elements carries far-reaching implications, and taken together, these represent a period of transition of historical significance. Education systems need to respond to these emerging global challenges, which require a collective response with a strategic vision that is global in character, rather than limited to the individual country level.”3

The need for global citizenship is a growing global norm, but teaching, learning and implementing it currently faces many obstacles.

There are of course many practical constraints to global citizenship education, such as limitations in human and ma- terial resources, timetable constraints, logistical and demographic constraints, and sensitivity of subject matter (Education Above All 2012: 48). On a deeper level there are epis- temological constraints that will either ser ve to narrowly define the mission of GCED, or operate to manipulate the role of GCED into a tool used for domination. Let us have a closer look at two such constraints, neoliberalism and neo-imperialism.

The burden of history

Neo-liberalism. Over the past three decades, neoliberal policies have promoted open markets, free trade, reduction in public sector spending, decreased state inter vention in the economy, and deregulation of markets. It is based on the paradigm that the state should participate less in the provision of social services (e.g. education), leaving these services to the free market and privatisation. Regardless of its political economic failures, neoliberalism remains solidly established in the politics of culture, as an intellectual philosophy and “common sense” so per vasive that the neoliberal paradigm guides educational development around the globe (Torres 2013b).

The culture of neoliberalism has therefore been increasingly embedded within the policies, pedagogies and purposes of education, placing value on possessive individualism, and relegating civic participation to consumerism and labour contributions. Thus, the common sense of education has been limited to the skills and knowledge that best serve market interests and practices. Given neoliberalism’s embrace of possessive individualism, citizenship around the globe has been conflated to narrowly define common good as being solely based upon self-interest.

Neo-imperialism. Education has played a significant role in promoting colonial cultural domination throughout history. When global citizenship education now is being adopted by powerful states and international regimes, it is easy to see why some would view GCED with suspicion and scepticism. Therefore it is the role of both practitioners and students of adult education to guard against visions and models of GCED constructed as a neo-imperial tool.

An important first step is the rethinking of the management, curricula, pedagogies, and roles of adult education institutions, especially those tied to the mission of neoliberalism and those funded by international donors. This can be addressed through creating awareness and challenging power dynamics and uneven power relations between students and teachers; between students and students; between educational institutions and society; between the state and society; as well as between states.

To deter neo-imperial impositions of GCED, we must embrace an “ecology of knowledges” (Santos 2012). This includes the recognition and inclusion of multiple wisdoms, learning, philosophies, culture practices, and economic relationships that strive for communal peace and environmental preservation. 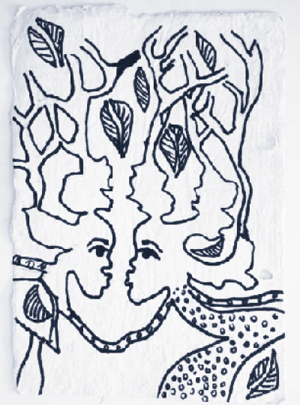 We think that the significance of a postcolonial understanding of GCED is a concept of global citizenship that does not rely solely on the often untranslatable political traditions of the global North and Eurocentric concepts, practices and institutions, but, encompasses the dynamics of social, economic, and spiritual relationships, organisations and egalitarian formations whose roots are found within the global South. Moreover, since GCED is based on human rights, it is imperative to decouple human rights from imperialist practices and inter ventions. We envision a GCED for adult education that is grounded and contextualized in localities but combines multiple knowledges and multi-civic virtues that transcends borders for actions that endeavour to defend humanity and global commons. For example, Ubuntu is an  African collective ethos of the universal bond between people based upon the sharing and collectivity of all humanity, which can not only be the foundation for GCED programmes in relevant communities but might have the possibility of resonating with others around the world.

A democratisation of programme-creation is a valuable solution to the sustainability of adult education programmes for GCED. Pre-packaged, top-down models, especially driven by the institutions of the North, at best run the risk of failure, at worst, omit the voices, histories, wisdoms, cultures and inclusion of its participants. An organic programme development beginning first with a problem-posing approach (Freire 2007) focusing on the most pressing issues identified and faced by marginalised localities, is best suited to guard against predatory cultural practices, which create and/or reproduce structures of environmental degradation, paternalism, classism, sexism, racism, ableism, etc.; all detrimental to GCED. Contextualized ownership, decision-making, and innovation can then synergistically meld with national and international agencies to build a sustainable programme for GCED. Thus, the onus is on the stakeholders of adult education to answer the question, how can localities provide insight to and add value to the concepts, theories, pedagogies, processes and policies of GCED for adult education?

Towards a global democratic multicultural citizenship

With respect to education, some forms of citizenship education can be criticized for contributing to producing, on the one hand, passive, apathetic, consumer-driven, and/or possessive individualistic citizens. On the other, civic education can produce overly patriotic and narrowly nationalistic citizens leading to citizens who favour exclusionar y, ethno-nationalistic and xenophobic visions for society. Counter- neoliberal and postcolonial models of global citizenship can enhance an education that is contextualized within an ecology of knowledges striving for “an antiracist, antisexist, and anti-classist philosophy based on tolerance, an epistemology of curiosity à la Freire, a rejection of cynicism and nihilist postures, a secular spiritually of love, and skillful engagement in dialogue as a method but also as a process of cognition constitute central virtues of a democratic multicultural citizenship, a bridge between foundational canons and cultures” (Torres 1998: 258).

Our view of GCED aligns with what Santos (2012) describes as  “the retrieval of new processes of production and valorisation of valid [multiple layers] knowledges, whether scientific or non-scientific, and of new relations among different types of knowledge on the basis of the practices of the classes and social groups that have suf fered, in a systematic way, the oppression and discrimination caused by capitalism and colonialism” (p. 51). Providing much needed spaces for epistemologies of the south, GCED must be derived from the gaze of postcolonial theories, to counter neoliberal cultural influences and economic policies that have contributed to an international moral and ethical crisis linked to the commodification of our sense of global community, materialising our commitment to the environment, and trampling our global  commons.

It is our belief that this model of GCED for adult education can assist to forge new egalitarian economic relationships based upon the synergy of local and global knowledges that strive to foster consciousness-raising actions of sustainable peace and environmental preservation for the betterment of humanity.

Torres, C. A. (1998): Democracy, Education, and Multiculturalism: Dilemmas of Citizenship in a Global World. Lanham: Rowman and Littlefield.

Torres, C. A. (2013b): Neoliberalism as a new historical bloc: a Gramscian analysis of neoliberalism’s common sense in education. International studies in Sociology of Education 23(2). Pp. 80–106.

Carlos Alberto Torres is a Distinguished Professor of Social Science and Compara- tive Education and the Associate Dean for Global Programs at the Graduate School of Education and Information Studies at the University of California, Los Angeles (UCL A). His teaching and research interests include the political sociology of education, the impact of globalisation on formal and non-formal education, and the intersection of area studies, ethnic studies, and comparative international education.

Jason Nunzio Dorio is a PhD Candidate in the Social Science and Comparative Education Division at the Graduate School of Education and Information Studies at the University of California, Los Angeles (UCLA). His research interests focus on the relationships between multiple forms of citizenship education and the state in North Africa and Southwest Asia.