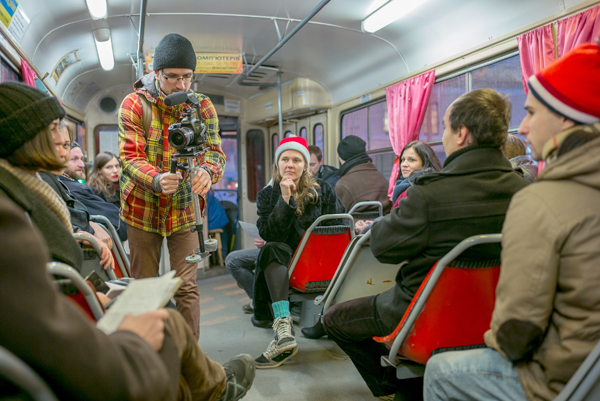 One of the important lessons to be learned by Ukrainian society after the Maidan events was a rethinking of such values such as nation, history and culture, as well as the realisation that civil society cannot exist without developing strong institutions and networks of its own. The Ukrainian national project remains a work in progress today. The State still contains elements which hark back to Soviet day, such as the prevalence of a vertical “culture management” model.

The “Replacing walls with open windows” project promoted interregional and intercultural dialogue and understanding by building efficient, sustainable partnerships between NGOs and cultural institutions at local level. This served to support pluralism and cultural diversity in society by providing new cultural and educational opportunities for local residents and facilitating an ongoing intercultural exchange between target groups with different backgrounds and values.

The project has offered public activists, experts from museums, galleries, libraries, theatres, clubs and cinemas, as well as officials from the Department of Culture, a chance to develop and implement their vision of the best dialogue strategies with communities. This was done by integrating existing resources into initiatives, supporting cultural diversity in the local context and starting the story “from scratch”.

Nine documentary stories about the impact of informal education on lives and careers were created in Ukraine for the first time. Members of the art studios in different parts of the country created six performances. Nine art exhibitions were organised.

As a result of the project, the libraries in Zhytomyr started to introduce the concept of a family-friendly environment, including a “biblionanny” and volunteer educators who are on duty while adults are engaged in training. Libraries are now becoming platforms for community development and modern cultural and educational co-working centres.

* / This article has been written exclusively for the digital version of the Adult Education and Development journal.