Abstract – Reaching a global consensus on Lifelong Learning targets in the Sustainable Development Goals was a very complex exercise, and the end result still divides many within adult education. This article outlines some of the challenges in implementing SDG4 and takes a look at how inclusive the implementation process in itself is from three perspectives.

It was a moment of celebration by governments and citizens alike. The Incheon Declaration of the United Nations Sustainable Development Goals (SDG) and of the Education 2030/SDG 4 Framework for Action was finally adopted. It had taken intensive and extensive negotiations over many years. The SDGs and Education 2030 agendas are broad, encompassing and anchored in human rights perspectives. Of course they also include contradictions which mirror the nature of negotiation processes and the achievement of possible consensus.

The education community embraced SDG 4, with its narrative of ensuring “inclusive and equitable quality education” and promote “lifelong learning opportunities for all” (UNESCO 2015a). This articulates fundamental principles of the right to education. It also embraces the breadth and depth of its targets, which reflect commitments to

to name but a few elements.

One and a half years into the implementation phase of the SDGs and of SDG4/Education 2030, we can begin seeing with increased clarity some of the challenges for the effective and coherent unfolding of the latter in practice. In this article, we will look at inclusion and diversity from three perspectives: 1) the extent to which these are finding increased space and scope in education systems, 2) how these elements are being monitored, 3) the extent to which SDG implementation is unfolding in an inclusive manner.

The 2015 Final Declaration of the Incheon NGO Forum affirmed that “we reiterate our call for ensuring that access, equity and quality are addressed together for all ages, within and outside formal education settings” and that “indeed, the central challenge that most education systems face is to ensure equity in the quality of education, ending segregation and stratified systems that exacerbate inequalities in societies” (UNESCO 2015b). Unfortunately, we have observed with serious concern that since the adoption of SDG4/Education 2030, the impetus on education privatisation and commercialisation has not ceased to increase. Leading international financial institutions and cooperation agencies are openly supporting the rise of chains of for-profit “low-fee” private schools (LFPS) of extreme low quality, targeting the poorer segments of the population. 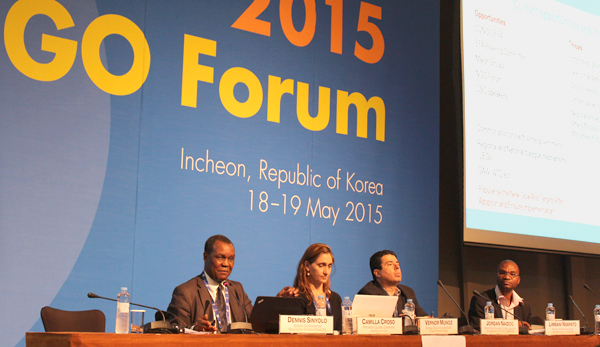 There is a variety of problems in doing so, all of which put at risk the right to education for all, with severe impacts on quality, equity and inclusion in and of education systems. Firstly, it violates the principle of free education, enshrined in international human rights conventions, and embraced in SDG4/Education 2030. Indeed, according to Katarina Tomasevsky (2006), three core elements must go hand in hand to ensure the realisation of the right to education: for it to be universal, education must be free and compulsory. During the years of the Education for All Dakar Framework for Action (2000 – 2015), policies and constitutional changes that abolished fees in public education systems provided essential leverage. They ensured increased enrolment rates in education, they advanced accessibility, and thus inclusion and equity, to poorer segments of the population. This contributed to diminishing gaps between richer and poorer people.

The rise of so-called LFPS violates the principle of gratuity, whilst excluding those segments of the population who cannot afford what is claimed to be “low fee” and at the same time promoting an education that lacks the most basic standards of quality, including the de-professionalisation and devaluing of teachers. The result is a perverse mix of double-tier education systems, promoting segmentation and segregation within societies, and the exacerbation of inequalities based on wealth, gender, disability, location, ethnicity and migration status. At the same time, they promote profit-making, thus infringing the principles of gratuity, equity and inclusion. This is a clear violation of the human right to education. In the past year, there have been several instances of human rights committees and other instruments coming forward to reverse such a trend, like for example the 2015 Human Rights Council Resolution (A/HRC/29/L.14)1.

In addition to the increasing promotion of LFPS by some actors, the 2017 Final Declaration of the 8th CCNGO/EFA Global Conference points out that “enthusiastic approval of SGD4 has not been matched by financial commitments and in some cases, there has been decline”. There is no way that quality, equity and inclusion can be met if the necessary resources are not made available. To this end, domestic resources for education must increase and be protected from crises, and international cooperation must reverse its declining trend, reaching the minimum investments agreed to in the Education 2030 Framework for Action, adopted in November 2015. Furthermore, the 8th CCNGO/EFA Final Declaration recommends that public resources “should be directed to public education systems and be screened against the criteria that they ensure that all people, in particular the most marginalised and vulnerable, realise their right to education”.

The 2015 Final Declaration of the Incheon NGO Forum also stated that “special emphasis should be given to the inclusion of those marginalised by gender, race, language, religion, ethnicity, indigeneity, disability, sexual orientation, health status, geographical location, refugee or migrant status, socio-economic status, age, emergency, man-made disaster and conflict, among others”, and recognised that “women and girls from marginalised groups face additional, multiple and intersecting forms of discrimination”. We have seen some progress being made, but we have also observed, since SDG adoption, an intensification of discrimination and xenophobia. This creates important additional challenges vis-à-vis education systems. Girls, women and the LGBTI population are facing some severe regressive trends. Several Latin American countries are questioning the mere reference to gender in school curricula, with some countries having taken concrete steps in this direction, as is the case of Brazil2. 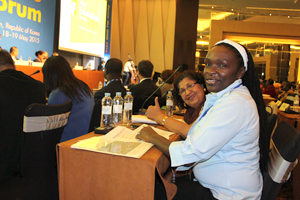 It is true that lifelong learning has gained prominence in SDG4/Education 2030. Unfortunately, according to the Back-ground Document prepared for the 8th CCNGO Global Conference in Sien Reap this past May (2017), civil society organisations (CSOs) “considered that this perspective continues to be neglected, with adult education, adult literacy (including new forms of literacy) and non-formal education occupying a weak place in the agenda”.

The document underlines the fact that there is a need to “further develop adult education indicators, and – crucially – to make sure that it does not continue to be neglected in the SDG4/Education 2030 financing framework”. It furthermore recommends that “lifelong learning, as an approach, must be more deeply appropriated and underpin the provision of equitable learning opportunities”, as “the principle of non-discrimination means that education must be available to people of all ages, throughout life” (UNESCO 2017).

It isn’t in the data

When we look at the monitoring and follow up of inclusion and equity in and through education since the SDG4/Education 2030 adoption, we notice many challenges. In fact, the Incheon NGO Forum Final Declaration had already voiced concerns about the restrictive range of indicators, and recommended amongst other things, that “national and regional indicators should show a progressive narrowing of the gap in access and achievement between the richest 20 % and poorest 40 %, measured each five years”. Furthermore, the 2017 Final Declaration of the 8th CCNGO/EFA Global Conference pointed to the absence of reliable and disaggregated data as one of the factors hindering the implementation of inclusion and diversity in and through education. It thus called on governments to “commit the financial and technical resources” to collect data, which “should be disaggregated by age, sex, disability, migration and geographic status”.

It is worth noting that since SDG adoption, the discussion of indicators has been increasingly embraced at regional and national levels, opening up new opportunities to improve indicators and to promote improved data collection, sensitive to equity, inclusion and diversity. Some CSO initiatives have placed a special focus on the monitoring of inclusive education, as is the case of the Regional Observatory of Inclusive Education carried out in Latin America3.

But what about the process?

Finally, it is important to comment on the extent to which SDG implementation is unfolding in an inclusive manner. It is worth noting that the Incheon NGO Forum Final Declaration recalled the importance of institutionalised civil society participation to ensuring that governments are held to account, and that the latter should consider all stakeholders, including teachers, students and parents, and in particular the most excluded and marginalised groups. It furthermore pointed out that “human rights can only be fulfilled in a context of democracy that recognises participation as a right in itself”, and called for “an end to the discrimination, persecution and criminalisation of activists and civil society movements, in particular from the education sector”.

Most unfortunately, CSO participation has taken place in an irregular pattern – to say the least – with some isolated cases of progress, many contradictions, and several setbacks. At international level, and sometimes also at regional levels, we observe some progress regarding the involvement of civil society in SDG and Education 2030 monitoring and follow up, with the creation or consolidation of architectures and processes that foster increased dialogue and participation. At national level, we see progress mostly either stalling or suffering setbacks. In fact, many of those recently interviewed to produce the Background Document for the 8th CCNGO/ EFA Global Conference “laid considerable emphasis on the serious phenomenon of the shrinking space for civil society in many countries”, it being evident that “the challenge of shrinking space is a global phenomenon, affecting particularly the voices of the poorest of the poor”.

Closure of space is especially observed when there is criticism of “governments on policy gaps, the status of and education for minorities, or on discriminatory practices, such as for example, unregulated private or religious schools”. But why is there a shrinking space for civil society organisations? We can identify several reasons: weakening democracies, growth of mistrust, the passing of repressive laws, restrictive conditions, criminalisation of peaceful protest, or decreasing access to information.

Being aware of these challenges, the 8th CCNGO Global Meeting underlined these deeply problematic issues, and noted that the “political environment, in particular war, conflict, violence, fundamentalism and insecurity, have exacerbated this challenge. Education for peace, democracy and citizenship is more important than ever, seeking to uphold basic rights and freedoms.

It is crucial that governments, as well as UN agencies and other development cooperation partners, step up efforts to reverse regressive trends whilst at the same time putting in place policies, practices and procedures that ensure that the principles of inclusiveness and diversity are coherently reflected in SDG implementation processes, especially regarding SDG4.

2 / In Brazil, as part of the recent elaboration of the new national curriculum basis for basic education, the Government eliminated references in respect of gender identity and sexual orientation from the curricula. http://bit.ly/2oKSttb

3 / In the context of the definition of the post-2015 education agenda, the implementation of the Regional Observatory of Inclusive Education (OREI), was strategically presented with the objective of raising the importance of inclusive education and the accompaniment of this dimension in our region. OREI is an unprecedented effort of inter-institutional cooperation between the Latin American Campaign for the Right to Education (CLADE), OREALC/UNESCO Santiago, IIPE UNESCO Buenos Aires, UNICEF, CEPAL, IBE UNESCO Geneva and the Organisation of Ibero-American States (OEI). http://orei.org

UNESCO (2015b): Final Declaration of the Incheon NGO Forum. http://bit.ly/2tDjIZ2

Camilla Croso is President of the Global Campaign for Education (GCE) and Coordinator of the Latin American Campaign for the Right to Education (CLADE). She graduated in Social Policy & Planning in Developing Countries from the London School of Economics in 1998, and is the author of a series of articles and books in the area of education and human rights.