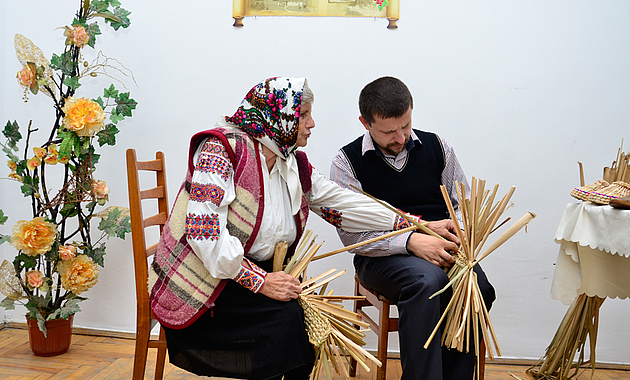 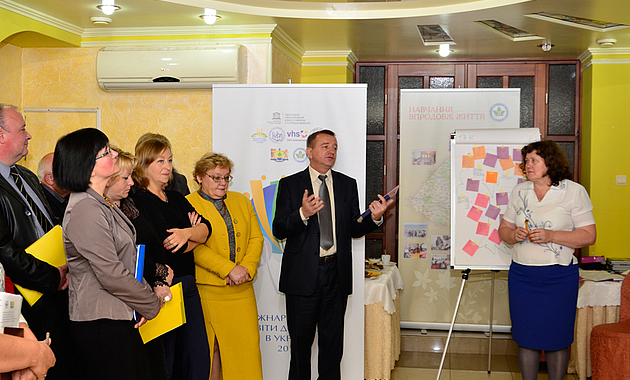 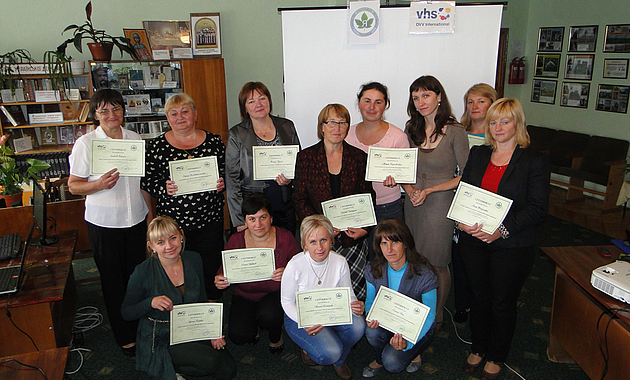 Participants of a computer course for libraries, at the partner organisation Gostynez, Lviv region

DVV International has been involved in Ukraine since the mid-1990s. The Institute, along with the VHS Regen, initiated the first cooperation projects in the western Ukrainian region of Lviv. These projects continue to the present day. In the years which followed, the partner network of DVV International has been continuously developed and the cooperation between NGOs and adult education centres throughout Ukraine strengthened. In 2010, a regional office was opened by DVV International in Kiev; it is not only responsible for adult education programmes in Ukraine, but also coordinates cooperation with the country offices in Belarus and Moldova. Since then, the network of partner organisations and the work in Ukraine has been expanded and professionalised.

Ukrainian society, since the country’s independence, has been faced with far-reaching economic, social, demographic, and political challenges that were addressed only very haltingly in recent years. The signing of the Association Agreement with the European Union, the consequences of the Euromaidan movement, the annexation of the Crimea and the military conflict in the Donbass region have exacerbated many of these problems.

In order to take account of these developments and to help positively shape them, DVV International is active in the following fields in Ukraine:

The regional educational institution Impuls (Lviv region) is active in the field of vocational training and rural development. The organisation Gostinez promotes the implementation and development of projects in the field of lifelong learning in the Yavoriv Raion in western Ukraine. The organisation Light of Hope in Poltava develops training programmes in penal institutions, rehabilitation and reintegration of prisoners. The Centre for Development and Integration which was founded in Simferopol, Crimea, moved its headquarters to Kiev in 2014 and is a partner organisation for intercultural education and conflict management projects. The adult education centre Logos in Bucha (Kiev region) promotes non-formal adult education programmes through the transmission of social values and psychological support.