Education for Everyone. Worldwide. Lifelong. / Our work / News /
November 2017

South Korea has a well-developed lifelong learning system. At the beginning of November, a delegation from Central Asia travelled to the country for a study trip. 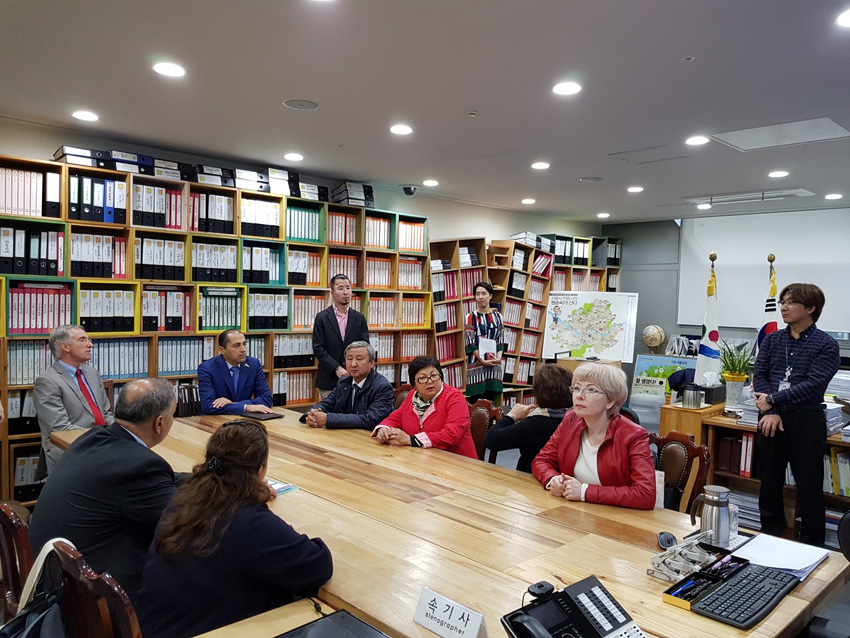 South Korea is not only characterised by a successful school system, the country also has a well-developed lifelong learning system, which is supported by national policies as well as by the policies of city and provincial administrations. At the beginning of November, a delegation from Central Asia travelled to South Korea for a study trip.

The study trip, with high-ranking political decision-makers and practitioners, took place from 31 October to 4 November 2017 – immediately following the CONFINTEA Mid-Term Review – at the invitation of DVV International and with the support of the Seoul Metropolitan Institute for Lifelong Education (SMILE).

The participants included a State Secretary from the Kyrgyz Ministry of Education and Science, members of parliament from Kyrgyzstan and Tajikistan, as well as leaders of partner organisations from Kyrgyzstan, Tajikistan and Uzbekistan. For four days they had the opportunity to gain an insight into the South Korean lifelong learning system.

They learned how to create a legal framework for lifelong learning and how the system is organised and financed in South Korea. The offers structure, participation figures and funding possibilities were also discussed.

The findings and experiences gained during the study tour will be made available to a wider public in upcoming events in the three Central Asian countries. They will also flow into the development of national policies in the lifelong learning sector. DVV International will continue to advise Central Asian partners on the macro level as part of its own BMZ-funded work and will continue to strive for more educational opportunities for socially disadvantaged young people and adults.