Education for Everyone. Worldwide. Lifelong. / Our work / News /
March 2022 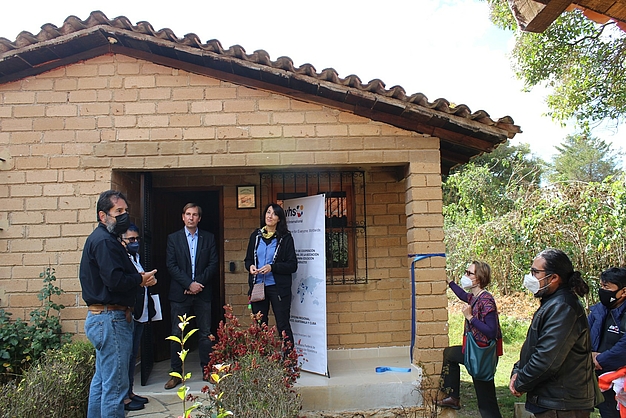 Christoph Jost and Susanna Hess-Kalcher during the inauguration of Radio EPJA.

Christoph Jost, Director of DVV International, and Susanna Hess-Kalcher, Regional Director for Central America and the Caribbean, inaugurated a studio on 16March 2022 in which radio programmes on adult and youth education (Radio EPJA) are produced. All the project partners attended the inauguration that took place at the “La Albarrada” training centre in Chiapas (Mexico).

Radio EPJA is a radio project that aims to give a voice to proponents of adult and youth education in Mexico: teachers, trainers, researchers, experts, as well as youth and adult learners who participate in DVV International’s programmes and projects. Radio EPJA offers an open space for adult educators to share their experiences, anecdotes and challenges from their educational work in the communities and to receive recommendations from other trainers and teachers. The radio station also tells the stories of youth and adults who participate in educational programmes and describe the changes that they, their families, and their communities have experienced through the educational intervention.

Radio EPJA has already produced a series of episodes entitled “Resonance from the south: Dialogues about learning experiences” which reflect on the work that DVV International has made in Chiapas in developing communities that didn’t have the possibility to exercise their right to education. In future series, we will seek to expand our radio programmes by reflecting on educational experiences from the entire region of Central America and the Caribbean.

The radio programme will be broadcast through the digital channels of DVV International Mexico (YouTube, Facebook, LinkedIn and SoundCloud). Later on, the intention is to share this programme with local radio stations in order to support our communication efforts in the communities in which DVV International and its partners are implementing projects.