Education for Everyone. Worldwide. Lifelong. / Our work / News /
October 2016 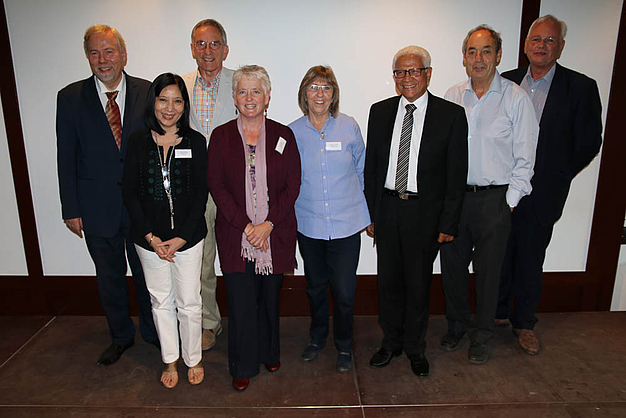 Former DVV International director Heribert Hinzen has been awarded the distinction of UIL (UNESCO Institute for Lifelong Learning) Honorary Fellow on September 27, 2016. UNESCO states that "the award of this title acknowledges your development to working in areas of the mandate of UIL and your significant contribution to the development of Lifelong Learning on a global scale".

The distinction has also been awarded to Maria Khan, Secretary-General of ASPBAE, a major partner for DVV International, as well as Leona English, Raafat Radwan, Kjell Rubenson, Alan Tuckett and Shirley Walters. The award ceremony took place during the Third Think Tank Meeting on Lifelong Learning in the 2030 Agenda for Sustainable Developmentat at the UIL head office in Hamburg.

DVV International takes pride in the distinction of its former director and would like to congratulate him, as well as all other Honorary Fellows on the award.