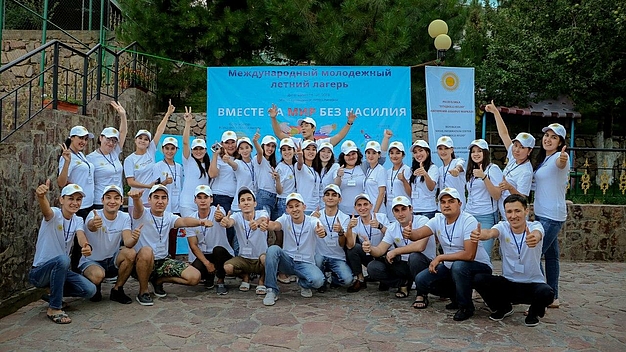 DVV International recently joined forces with the Deutsche Gesellschaft für Internationale Zusammenarbeit (GIZ) in a project aimed at preventing violent extremism in Central Asia. With funding from the German Federal Foreign Office, in September DVV International started implementing local pilot projects in four locations in Uzbekistan in order to strengthen the resilience of the local population, focusing on particularly vulnerable groups such as young people, migrants and (ex-)convicts.

The project aims to prevent radicalisation and violent extremism in three ways: First of all, the local government and NGOs will be supported in enhancing structures for dialogue, opening up a space for people to also address sensitive issues related to religious beliefs. Secondly, people who are particularly at risk from poverty and a lack of perspectives will be invited to join in vocational and civic education activities, including exchanging basic religious knowledge, as well as using psycho-social support and re-socialisation approaches. Thirdly, networks for preventing violent extremism will be created and strengthened, thereby integrating international good practices.

In this endeavour, DVV International is cooperating closely with and relying heavily on local NGOs which have a specific reputation in working with the target group, as well as working together with a training institution for journalists in order to achieve more balanced reporting on and coverage of religion in the media.