Recent research from the past few years does not show very encouraging results regarding the inclusion of gender approaches in the education sector in Latin America. Differences in rates of enrolment for men and women and permanence in the educational system persist, especially in rural areas, with peasant and indigenous groups. Curricular contents reinforce gender stereotypes; power relations within the classroom and in educational spaces are structured in ways that discriminate against female participants. That is why the Gender Toolkit is so important. 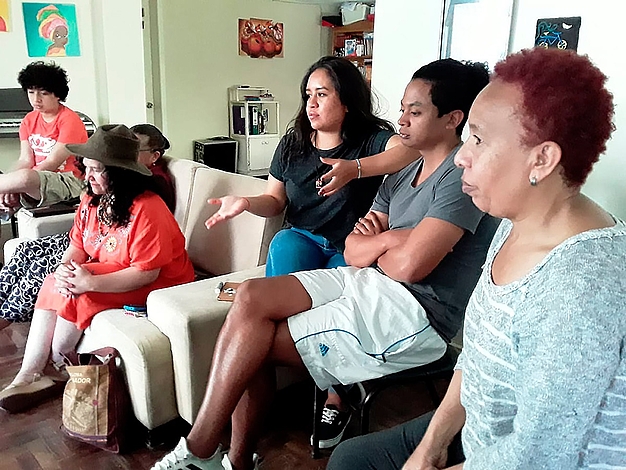 Recent research from the past few years does not show very encouraging results regarding the inclusion of gender approaches in the education sector in Latin America. Differences in rates of enrolment for men and women and permanence in the educational system persist, especially in rural areas, with peasant and indigenous groups. Curricular contents reinforce gender stereotypes; power relations within the classroom and in educational spaces are structured in ways that discriminate against female participants.

Concerning the gender perspective in Latin America, there is no single, unique definition of it. The struggle is rather for a recognition of the cultural diversity of feminisms, with their different expressions on the continent. Feminist movements have evolved significantly on the political level, and today their outreach and level of mobilization is significantly higher than the ones achieved by other actors.

Gender as a cross-cutting issue

There is a high demand in the Andean region to reinforce the topic of gender as a cross-cutting issue in educational work. Therefore, through its regional project, the South American Office has undertaken the process of translating, adapting and piloting the Gender Toolkit which was originally produced by the MENA region. This process has been carried out in Ecuador and Colombia with community and civil society organizations that promote non-formal education activities with a popular education approach. The piloting of the Toolkit has enabled the identification of new possibilities for enriching its contents, adapting it to a different cultural context and different views on feminism, as well as incorporating methodologies that allow for the integration of women’s experiences and aspirations. This enhances acceptance of the tool by women.

The piloting of the Gender Toolkit Guide was carried out on the Atlantic coast of Colombia, a relatively poor region. As in many other parts of Colombia, irregular armed groups ruled this region for a long time. Women, especially, experienced a high level of insecurity because they were exposed to assault and attack.

The Gender Toolkit was created for girls and women who have recently started participating in spaces for dialogue and community strengthening. It also includes men of the community, with the aim of changing their views about masculinity. Its implementation has initiated a process of awareness-raising on gender inequity, in a context in which culturally assigned roles conceive of men as providers and of women as responsible for domestic chores and family care.

In Ecuador this pilot programme experience was carried out with two civil society organizations whose common denominator is to promote change in the traditionally male leadership model. While in the past men made collective decisions, now it is women who have contested and won these spaces, producing tension with men about the leading roles they were used to assuming.

The Guide presents activities and useful proposals for including gender as a topic into ALE (Adult Learning and Education) offers, as well as installing it as a cross-cutting issue in the further development of ALE institutions. The pilot programme shows that ALE should create spaces for the exchange of opinions, questions and reflections on gender, and gradually incorporate basic concepts on gender, identity, paternity and maternity, as well as sexual and reproductive rights.

The participants in this experience have pointed out that it would be advisable to include tools and methodologies for conflict management and activities to raise awareness and prevent violence against women. Furthermore, they recommended including recommendations for possible actions when power or leadership conflicts arise within the organizations.

The pilot programme also showed the impact of the ALE processes on the lives of women. They have faced great obstacles when continuing their educational process. Their testimonies show that by doing so, their self-esteem was strengthened. Women have started perceiving of themselves as individuals with hopes, aspirations and the wish for change, not only as providers of care or income.

[1]United Nations Declaration on the Rights of Peasants [Campesinos]www.ohchr.org/en/press-releases/2018/12/un-human-rights-chief-welcomes-adoption-united-nations-declaration-rights