Education for Everyone. Worldwide. Lifelong. / Adult Education and Development / Editions / AED 77/2011 / EDUCATION STRATEGY OF THE BMZ / Education for All in a New World Order

Education for All in a New World Order

It has been more than two decades since an international coalition of global and national actors came together in Jomtein (Thailand) to declare their collective resolve to support education as an integral part of socio-economic development in the world. The goals set for EFA (Education for All) have since been revisited several times, and commitments by international agencies and national governments to achieving them have been moving up and down during this period. In the first decade since Jomtien declaration, most attention was focused on enrolments in primary education. In the last decade, new attention has focused on tertiary education, especially post-secondary education. Somewhere in this scenario, Adult Education, literacy and learning for life has been crowded out.

It is, therefore, heartening to see that the German Ministry for Economic Cooperation (BMZ) has now announced its first ever policy on education. To make education an integral part of its international cooperation strategy is indeed an important step forward. Its policy was recently presented by State Secretary, BMZ, Hans-Jürgen Beerfeltz in a roundtable discussion organized by DVV International in Berlin, May 11, 2011. While participating in this roundtable, I made several observations on the policy framework and its implications, which I briefly enumerate in this note.

First, it is important to acknowledge that the policy statement by BMZ is a timely initiative in a world of tomorrow. It is hoped that other OECD governments would follow the German example and present their own policies.

Second, the BMZ’s policy statement on education is integrally linked to its global developmental strategy and projected outcomes. It is not often that national governments or international agencies make education policies that are so closely integrated with their overall development strategy. It may be worthwhile, therefore, for the BMZ to present its policies to various national governments and international agencies in a manner that encourages them to develop their own policies.

Third, the policy defines clearly how education can be promoted, delivered and monitored in its future international cooperation agreements. It also lists its financial commitments over the next five years. It is, therefore, a combination of principles, strategies, deliverables and targets. Its progress can thus be evaluated against its own aspirations.

However, the policy statement, and its presentations, has created an impression that education is a perpetual public good. It assumes that education can do no harm, only good for people, communities and nations. In reality, education has its downsides too. In India, as the latest census data show, the declining sex ratio is most widespread in areas where economically better-off people live – Delhi, Haryana, Punjab, Gujarat, etc. Both incidents of dowry deaths and female foeticide are highest amongst most educated families. As the world agitates about climate change, we have to acknowledge that illiterate and semi-literate indigenous people, communities of forest-dwellers, etc., are practicing ways that preserve the environment; it is the consumptive habits of the educated urban middle class which cause maximum destruction to environment. Therefore, there is a need to focus on ways in which the unintended negative consequences associated with education can be minimized.

Therefore, the issues of quality, resources and sustainability in education provision are equally relevant to those forms and practices of Adult Education which occur in non-institutionalised settings. This begs the question about the settings: What are these settings? The BMZ Policy on Education would do well to identify social structures where such Adult Education happens – a practice that also supports the education of children. These social structures are community associations, local clubs and NGOs. Therefore, the improvements in access and quality of education also need to happen in such social structures. It will be important, therefore, to include an explicit focus on strengthening the capacity of such community associations and NGOs as an integral part of delivering education in general, and Adult Education in particular.

The world today is different from the one two decades ago. Many southern countries and NGOs have acquired much capacity in designing and delivering education – and Adult Education included – during this period, largely with support from many international agencies like the BMZ. The policy of the BMZ could as well acknowledge this changed reality and propose a strategy of South-South cooperation in its elaboration. While periodic reference to South-South cooperation is made in such policy statements, real practice is not so well developed. A commitment to operationalize South-South cooperation by the BMZ may indeed demonstrate new forms of global multi-lateralsim in the future.

It is indeed laudable that BMZ policy makes a commitment to increase its investments in Africa. However, the policy is almost blind to the needs of Asia, as it seems to assume that Asian countries are now economically developed and can take care of themselves. While many Asian countries now have the means to finance their own education, there are certain trends that need fuller and ongoing engagements from international agencies like the BMZ. Firstly, the BMZ could engage Asian governments to develop their own more comprehensive policies in education, within an overall framework of Lifelong Learning. Second, the rapid economic growth in many Asian countries has created situations of growing inequalities within countries; as a result, disaffection and frustration is causing tensions and conflicts. Most Asian countries are facing such internal violence and conflicts today. As a fulcrum of economic growth, Asian societies are also experiencing the worst of environmental degradation and pollution. Asian corporations are fiercely competing with their European and American counterparts, and furthering such degradations.

Therefore, education for human happiness and sustainability is critical for Asian people. In particular, adult and Lifelong education may be most relevant to Asian contexts in the coming decades. It will be critical for international agencies like the BMZ to continue to critically engage with Asian people, NGOs and governments, especially in matters of education, in the years to come. That engagement doesn’t always imply providing bilateral aid; other forms of mutually supportive and engaging cooperations can be explored.

The world of tomorrow is most unequal in terms of access to high quality learning and education. As we enter an era of knowledge societies, it may be useful to remember that knowledge does not merely reside in books, libraries or laptops. Human beings are the centre of knowledge creation, storage and dissemination. The tools – books, libraries and laptops – are mere tools; education of the creator – the human being – is crucial for humanitarian, sustainable and peaceful uses of those tools. 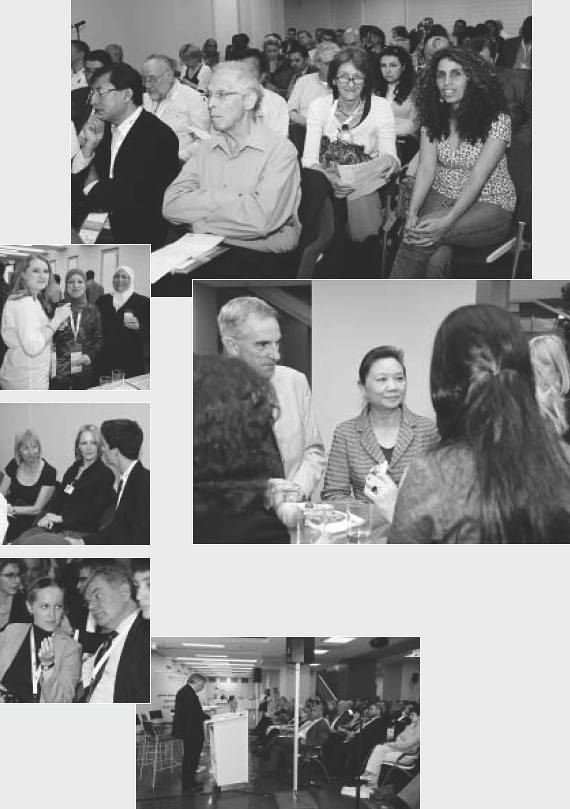