Roberto Bissio from Uruguay is coordinator of the Social Watch network and member of the Civil Society Reflection group on Global Development Perspectives that was set up as a joint initiative of Social Watch, Third World Network, DAWN, Friedrich-Ebert-Foundation, Global Policy Forum, terre des hommes and Dag Hammarskjöld Foundation. He is also a member of the Civil Society Advisory Committee to the UNDP. His open letter to the political leaders worldwide was written for an earlier occasion, but it serves well as an urgent reminder for those who have to take responsibility for momentous decisions at the Rio+20 summit.

We know you are a very busy person and this letter may arrive in your hands when you are preparing to go to New York to attend the United Nations summit that will review the minimum goals on social development that you and your colleagues promised to achieve by 2015 back in the year 2000.

Yet, despite knowing how busy you are, dear Leader, we dare ask you to go on reading. First of all because it is good for compassionate rulers like yourself to stop every now and then to hear the voices of the ruled and, secondly, because it might help you avoid the temptation to claim a victory that is not there.

Remember when one of your colleagues claimed “Mission Accomplished” eight years ago? And then the war he claimed he had won went on and on, and the guy who had dared to say the invasion was wrong defeated his party by a landslide? Yes, of course nobody is putting a similar “Goals Met!” sign on your back when you address the General Assembly of the UN, but many spin doctors want you to add your voice to the “glass half full” or the “almost there” theories, and you will be tempted to argue that an extra final effort will suffice to achieve – in the next five years – the task of eradicating poverty that has not really started in the last ten.

This letter will help you think twice. The public and the press have a good memory, your Excellency, and to make matters even more difficult, everybody can now read the Millennium Declaration on the Internet, where ten years ago over a hundred world leaders like yourself committed to “spare no effort to free our fellow men, women and children from the abject and dehumanising conditions of extreme poverty, to which more than a billion of them are currently subjected” and set the target of reducing that figure by half by 2015.

As your advisers may have warned you in 2008, one of your ministers signed the Accra Action Agenda stating that “1.4 billion people – most of them women and girls – still live in extreme poverty” and the World Bank, which is the source of those estimates (and of the delusional idea that poverty can be described by income alone, when we all know it is complex and multidimensional). Well, that same World Bank estimated in January this year that “64 million more people may be living in extreme poverty by the end of 2010 due to the crisis”. It will defy your mathematical abilities to try to explain to the press how on earth 1.5 billion people currently living in extreme poverty can be shown as being on track to reducing “over a billion” to half of that.

In fact, the issue is not if the targets are going to be met five years from now. The MDGs were never intended as planning objectives, but they are political commitments, made by leaders like you to publicly define priorities and commit their efforts to achieve them. The goals are valuable because they can be used as benchmarks in evaluating progress. And many evaluations show that progress in social indicators has actually slowed down since the year 2000 instead of speeding up!

Not that we doubt your abilities to address and convince the public, of course. Without that gift, you wouldn’t have been popularly elected. (If you haven’t been popularly elected, please correct us and we will apologise publicly for our mistake.) But even for a speaker as eloquent as yourself, it will be difficult to argue that “no effort was spared” in the fight against poverty when world military expenditures last year were 15 times bigger than the total aid received by developing countries and 49 percent bigger than in 2000 when your colleagues promised “to establish a just and lasting peace all over the world”.

On top of preventing you from concurring in the embarrassing mistake of claiming victory, reading this fifteenth yearly Social Watch report will help you stay in tune with the concerns and the mood of your citizens. This report is, in fact, the result of a bottomup process. It is not an opinion commissioned from consultants but the conclusions of hundreds of organisations and movements that are active year-round on social development issues. Their objective in contributing to this effort is, precisely, to draw the attention of leaders like you to the issues that concern them and to help you meet your promises and design more equitable, gender-sensitive and pro-poor policies.

Each Social Watch coalition member decided on their own priorities and emphasis to write its national chapter report and each one raised their own funds and defined their own ways to consult with the grassroots to gather evidence and validate their findings. They did not shy away from criticising you and your government, the policies in place, the powerful elites in your country or the governance systems whenever they felt it was necessary. We hope you agree with us that the voicing of critical views helps strengthen democratic processes. But even when the reports find that much can (and needs to) improve under your leadership, we also know that 191 other leaders share the responsibility with you and thus, on average, only half of one per cent of the blame corresponds to you personally.

Collectively, though, when you and your colleagues come together in the General Assembly of the United Nations, you all have the responsibility for your deeds as well as for your inaction, as there is no other world governance mechanism with a higher authority. Yes, we know that some specialised agencies and organisations are in charge of finances or trade and those bodies have their own decision-making processes, but who sits in their respective assemblies if not ministers that you choose and command?

We know your attention span is short and you have multiple demands on your time. You may argue that, yes, poverty is your priority, and equal rights for women is a cause that you and your spouse are committed to, whatever your respective gender might be. In fact we have never found any leader taking the opposite view and defending poverty, slavery or the denial of education to girls. But there are other urgent matters requiring your time, and even if you have read this letter so far, you may feel tempted not to read the entire report, and perhaps some adviser might summarise it for you in a few bullet points. That effort might be spared for you if you just read on for a few more lines.

The final message emerging from this report is simple: Everybody understands that promises made, need to be kept, and it is fair that you are reminded of these promises. Also, citizens everywhere adhere to the “polluters pay” principle. Those that created the problem should pay for the cleanup and the damage they caused. And that is valid for oil spills, for climate change and for the financial crisis.

If basic principles of justice are applied, resources and political will can be found to create the “more peaceful, prosperous and just world” that all of you leaders promised us a decade ago. We may even be tolerant with regard to your shameful delay in that task, in the same way we expect you to be tolerant with some of the impatient and perhaps even disrespectful turns of phrase included in this report. As you may understand, after a decade of not seeing words matched with actions, some among us expect you to – pardon the expression – “kick some ass”.

Actually, that is an action you should consider taking. The sooner, the better.
We promise loud applause.

Yours respectfully,
Roberto Bissio
on behalf of Social Watch International 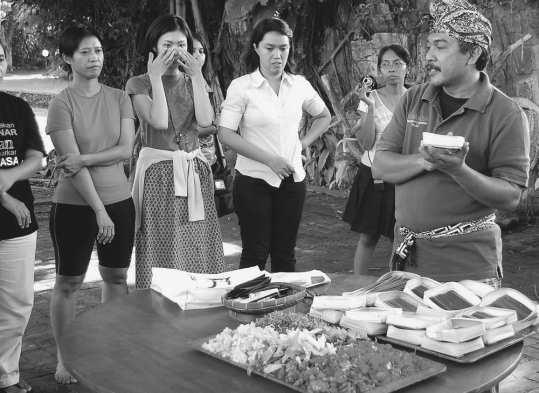