Education for Everyone. Worldwide. Lifelong. / Adult Education and Development / Editions / AED 85/2018: Role and Impact of Adult Education / GET INVOLVED / Inclusion and diversity – Variations on the theme of life. The virtual seminar 2018 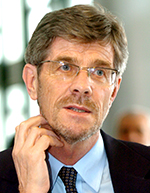 Timothy Ireland is an associate professor in Adult Education at the Federal University of Paraiba, in João Pessoa (Brazil).

The challenges of inclusion and diversity in adult education are profoundly complex. Yet this was the topic of our latest issue of AED, and of the virtual seminar that was held in March 2018. We discussed inclusive teaching methodology, the use of narratives and biography as ways of helping women express their sexual identity, theatre as a tool for development, and the composition of staff employed in adult education. The authors came from Palestine, Austria, Zambia and Jamaica – four women and one man. Their texts provoked a wide range of responses. On the basis of these discussions, how do I understand the relationship between inclusion and diversity and adult education?

The grape of life

My point of departure is that we are all the same, just as we are all different. We are all the same because “life” is the common denominator, the common element that we all share and which makes us equal: But the way in which that life succeeds in expressing itself also makes us all different. Thus, we cannot limit our discussion of inclusion and diversity to a narrow view of education as a neutral space, unaffected by what goes on around it. As Paulo Freire argued in his “Pedagogy of the Oppressed” when discussing literacy methodology, “It is not sufficient to read that Eve saw the grape. It is necessary to understand what position Eve occupied in her social context, who works to produce the grapes and who profits from that work”.

Relationships between the global North and South, or between developed and developing nations, are also not ­in­clusive. They represent relationships of power which permeate all our actions and relationships, be they economic, cultural, social or educational in nature. As Meenu Vadera stated in her contribution: “(…) it’s not just that people are different, but that there exist definite power relations which ensure that the difference is preserved and maintained for the benefit of the few”. Manzoor Ahmed continues in a similar vein, affirming that “Class status and circumstances cut across the layers of diversity (….) and colour the perceptions, mind-set, self-esteem, self-confidence and the expectations about one’s life”.

Integration does not equal inclusion

The power structure on which our class societies are built does not permit inclusiveness – and we should not confuse integration and inclusion. They are premised upon exclusion, or on what might be called tutored inclusion. Inclusion does not mean being included on another group’s terms. Inclusion forms part of our human right to equality and human dignity. In our unequal world, inclusion frequently means being accepted and following the rules established by the insiders. In theory, we are all born equal, although in practice we have to admit that a black child born in Soweto in South Africa may not have the same life chances as his or her white peer born to a middle class family in Boston in the USA.

Hence, we cannot expect education alone to “fix” exclusion, or to guarantee or generate inclusion; nor can it neutralise the sort of discrimination which our societies foster. Education can, and frequently does, exacerbate exclusion or lead to qualified inclusion only. Adult education in many countries is second-chance or compensatory education for those who have become second-class citizens. Education is frequently a process which denies diversity in the name of methodology and attempts to homogenise in the name of a false consensus, or what is called social cohesion.

“The right to education should not depend upon being included.”

How then can we attempt to include and not at the same time negate diversity? How to bring diversity into the classroom and into our educational practices? Freire wrote that even if education alone does not transform society, society would nonetheless not change without it. He goes on to add “It is not systematic education which somehow moulds society, but, on the contrary, society which, according to its particular structure, shapes education in relation to the ends and interests of those who control the power in that society”. However, as he also says “Education does not change the world. Education changes people. People change the world”.

What the struggle is really about

This leads us back to what Rima Abboud from Aswat in Palestine says about education being part of a larger struggle for justice and freedom. “We believe that one cannot promote LGBTQI+ issues without taking a stance against oppression, occupation and discrimination of other groups and peoples or by being complicit in orders that perpetuate oppressive and discriminative mechanisms.” This is why Freire constantly emphasised the political nature of education. Education is never neutral. It is a political process which serves a political agenda, which furthers either oppression or emancipation. Hence adult education can be used to bring sheep into the fold, as is the case in many mass literacy campaigns, or it can be developed as a means of attempting to raise critical awareness, to strengthen autonomy and participation.

The right to education should not depend upon being included. However, given the class structure prevailing in our societies, which are exclusive rather than inclusive, education can only succeed in including people on equal terms if it contributes to making us critically aware of our differences – in all our diversity – as a fundamental dimension of our humanity. We do not learn to live, but learn by living or live by learning.

All the contributions of the virtual seminar can be read ­online at http://virtualseminar.icae.global/

Free print copies of Adult Education and Development, issue 84 on “Inclusion and Diversity” are still available and can be ordered at