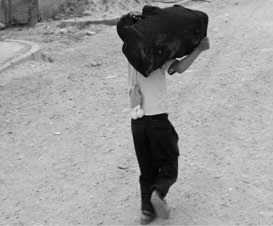 Colombia has three million displaced persons, and the number is highest in the richest parts of the country. Those affected are the indigenous peoples, who are being driven from their land so that other, more powerful, groups can benefit from its wealth. It is difficult to counter this process of expulsion because of the legal, political, social, economic and cultural discrimination that is endemic everywhere. Adult education can help to put a stop to the phenomenon, as the author demonstrates by means of three examples. Manuel Ramiro Muñoz is Director of the Department of Humanities, Faculty of Humanities and Social Sciences, Pontificia Universidad Javeriana de Cali, Colombia.

Thank you to DVV International, the German Adult Education Association (DVV), the International Council for Adult Education (ICAE), the European Association for the Education of Adults (EAEA), The European Language Certificates (telc GmbH), and Deutsche Welle (DW). Special thanks to Mr. Hans Pollinger, for his kind invitation to participate in the workshop on educational needs in migration and integration contexts.

My presentation will make the following points:

Context of Forced Displacement in Colombia 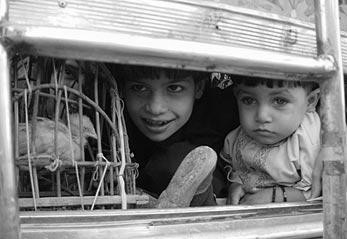 Colombia is a country with immense riches: its ethnic, cultural and geographical diversity, its natural resources and its strategic geographical location in the Americas make my country one with great possibilities for its population to live with dignity, in peace and with social justice.

But this beautiful and rich country has for a long time been experiencing one of the most serious humanitarian crises. According to the report of June, 2007, from the office of the United Nations High Commissioner for Refugees, published on National Refugee Day, today Colombia has three million displaced persons, one million more than the year before. Colombia is the country with the second-largest number of displaced persons in the world, after Sudan, which has nearly six million displaced persons. 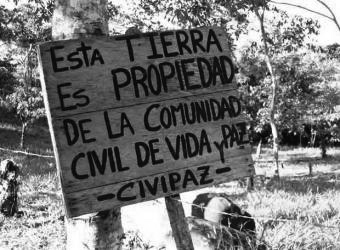 An obvious question arises in this worrying situation: why is a rich country suffering this humanitarian emergency? The answer is given in the question. It is because several different power groups are disputing the possession of those riches and, in order to gain it, they are using violence and corruption.

To illustrate this phenomenon let us see what is happening in one of the richest regions of Colombia: the Chocó. This is a region of 10 million hectares.

Most collective territories belonging to Afro-descendants are found here. These account for:

There are mineral deposits such as:

There are high probabilities of oil fields. 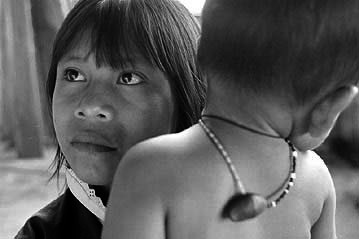 Natural rain forest covers 20 % of this region, and is the natural environment of innumerable species of plants and animals (which represent valuable genetic resources). It is one of the regions with the largest biodiversity on the planet and the richest sources of rainwater in the world. The Pacific territories of the black and indigenous communities are natural rain forest.

The region has a high strategic value for communication between North, Central and South America. There are plans to build major infrastructure projects (harbours, roads, electricity grid).

Paradoxically, this is also one of the regions with the greatest number of cases of forced displacement in Colombia. During the first six months of 2006, 34 cases of mass displacement took place. But there was also "one to one" displacement. A total of 112,000 people were displaced from their homes (Source: Codhes, 12 September 2006). 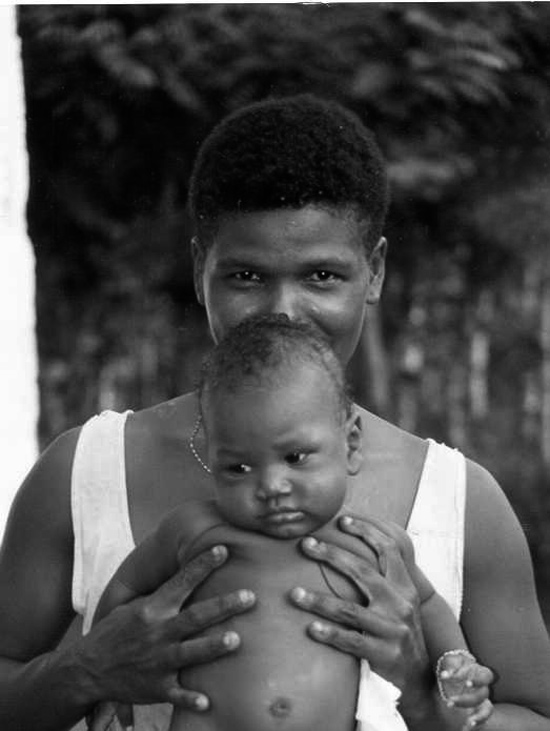 In like manner, it is highly significant that the concentration of displaced persons coincides with the adoption of laws such as the Forestry Act (for the exploitation of natural forest); the new Mining Act (for the exploitation of subsoil resources); the Rural Development Act (which introduces practices of non-sustainable development); and the inclusion of Colombia in the Puebla Panama Plan, which will connect the hydroelectric power stations of Central America and Mexico with the United States of America. to provide electricity to that country.

One of the main causes of displacement is the interest of certain power groups in the richest territories. In order for them to take possession of these resources, their legal owners (Afro, indigenous and peasant communities) are expelled from their land. Thus an important question arises: how to avoid contributing to the achievement of the political and economic objectives behind forced displacement.

How to Treat Displaced People: Satisfying Needs or Guaranteeing Rights

Following the process of displacement may help to answer this question.

Invisibility and Denial of Afro-descendant, Indigenous, and Peasant Peoples

Regarding the legal aspect, in Colombia, as in most countries in the region, national identities were shaped from the denial of diversity and of ethnic and cultural roots. A concept of citizenship was built on the model of a monocultural nation-state that only recognised people who were male, white, heterosexual and property-owning (Castro, 2002). For decades, this limited conception set the tone of state policy, creating a political culture of exclusion and discrimination, which became one of the main obstacles that needs to be overcome today in order to achieve recognition, inclusion and respect for the rights of peoples. 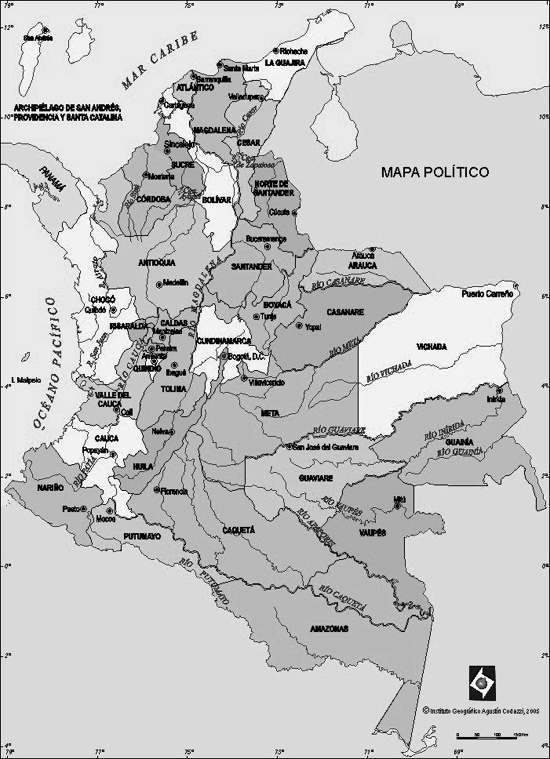 Socio-economically, one of the main obvious manifestations of invisibility and denial is the severe limitation of access to data, given that most information systems in the country do not take into account the indigenous variable. When they do, this is defined solely in terms of "speakers of a native language" . This type of definition contradicts the one given in the first chapter of Convention 169 of the International Labour Organisation 1 and signed by the majority of countries in Central and South America, which recognises variables associated with territory, culture, identity, traditions and customs, among others.

But beyond lack of proper counting in census and statistical databases, invisibility and denial of indigenous peoples is evident in the serious socio-economic exclusion that has impoverished thousands of human beings and has deprived them of the minimum needs of survival.

Studies of poverty show that in terms of income level and indicators of human development, indigenous peoples have been left behind the rest of the population. (WB report 2004) This occurs in a context of inequality, in which the richest 10% of individuals earn between 40 % and 47 % of the total income in most Latin American societies, while the poorest 20 % only earn between 2 % and 4 %. 2

All the studies consulted show that being of indigenous or Afro descent means being poor among the poor. Women in these populations are the very poorest of the poor, and the most marginalised.

In the cultural and educational sphere, invisibility and denial have very strong negative effects on development. Although national governments, cooperation organisations and networks have made valuable efforts in recent decades, through affirmative action to guarantee higher levels of inclusion, the results are disappointing.

However, the central point of this type of invisibility and denial lies in the monocultural approach and in the non-dialogical and vertical relationship established with indigenous and Afro-descendant peoples - they are treated like minors, not like equals. This does not allow projects to be culturally, socially and politically relevant. The multiple forms of affirmative action aim at quantitative and not at qualitative inclusion. For this reason, homogenising inclusion programmes and coverage which lack quality and relevance necessarily raise the question: what type of education for what type of development.

The epistemological invisibility and the denial of the thought and ancestral knowledge of indigenous peoples exert the most influence in relation to meeting their demand for relevant higher education.

The statement made by Alcibíades Escué, a Colombian indigenous leader, is to the point:

"In the first globalisation (1492), the discussion was whether blacks and Indians had a soul, so that we could be recognised as human beings and individuals with rights; we lost that debate and as a consequence there were â€˜rational' arguments to colonise and enslave us. Today, in the second globalisation, the discussion is subtler, but equally harmful; the question is asked whether we have culture or folklore, languages or dialects, science or myths; and it is even stated that our illiteracy, in respect of Spanish and Western thought, constitutes one more indication of our inability to think. As in the past, today we are losing - they treat us as if we were minors, and as a consequence, they have 'rational' arguments for imposing their models on us, integrating and assimilating us into their cultures, colonising and exterminating us and our cultures and our peoples."

Education for Land Retention or Return

Within this context of invisibility and denial, there are many examples of resistance and dignity, of the protection of life in the midst of the internal conflict: heroic endeavours carried out by children, women and men in the hope of defending territory or returning to it after displacement.

I would like to highlight three of these experiences.

I would like to take this opportunity to thank DVV International for the significant support it gives to the first two experiences: to the indigenous communities in the north of Cauca and to the Association for Peasant Development in Nariño.

From the experience of indigenous communities in the north of Cauca, and of the peasant and Afro-descendant communities, it is possible to distinguish four types of education according to their methods and purposes.

The Constitution of Colombia recognises the legal, political, territorial, cultural, educational and conceptual autonomy of indigenous and Afro-descendant peoples. According to this, there are two major kinds of project, namely those promoted from the standpoint of the aims and interests of Afro and indigenous peoples, "ad intra", and those promoted with aims and interests outside those of Afro and indigenous peoples, "ad extra" .

In the first kind, "ad intra", we find two types of education:

In the second kind of projects, "ad extra", we also find two types of education:

This is the most widespread type of education in the country. Among indigenous, Afro and peasant communities it simply aims at ex-panding coverage, training labour for industries established in their territories, and at being effective in the integration and colonising processes.

Where there is forced displacement, this type of education creates programmes for the relocation of displaced persons, not for their return. 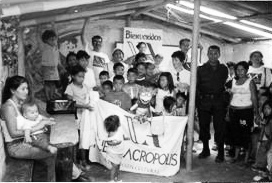 Finally, I would like to make two recommendations which may be useful, especially for humanitarian aid organisations:

I would like to end this presentation with three propositions:

Again I thank the organisers of the Conference for the invitation. It has been a very enriching experience for me.

1 According to the ILO, the Convention applies to: "a) Tribal peoples in independent countries whose social, cultural and economic conditions distinguish them from other sections of the national community, and whose status is regulated wholly or partially by their own customs or traditions or by special laws or regulations, and b) Peoples in independent countries who are regarded as indigenous on account of their descent from the populations which inhabited the country, or a geographical region to which the country belongs, at the time of conquest or colonisation or the establishment of present State boundaries and who, irrespective of their legal status, retain some or all of their own social, economic, cultural and political institutions."

2 Figures on inequality in Latin America compared with countries such as the US or Italy.

3 This is understood as the ability to address the actual needs of the environment.