The 40th Anniversary of DVV International

… Today we are celebrating the fortieth anniversary of DVV International – maybe not a milestone anniversary (50 or 25), but a remarkable one nevertheless.

Four decades of commitment to the worldwide fight against poverty, enabling disadvantaged people to take part in the political, social, and economic life of their communities and countries, and supporting global exchange in the field of adult education. This commitment is based on the conviction that lifelong learning in general, and non-formal learning in particular, contribute decisively to overcoming injustice, underdevelopment, and oppression.

Over the years, DVV International has passed through several phases, true to its aspiration to always respond immediately to the needs of the people it serves and the partners it works with, and convinced of the benefit of sharing innovative developments in adult education and development cooperation – not in the sense of following the latest trends, but with deliberation and adapting to changing circumstances and problems in a changing world. 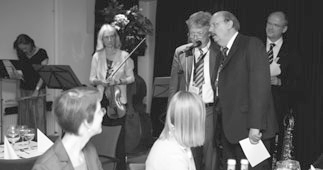 As many other institutions, DVV International got its start in the 1950s. After the criminal atrocities and the devastation wrought throughout Europe and far beyond by Germany under Nazi rule, the founding fathers (and mothers) of DVV strove to contribute to reconciliation with our European neighbours and to foster understanding in Europe and elsewhere through cooperation and exchange in the field of education and learning. This was complemented by the movement of solidarity with the “Third World”, as the countries of Africa, Asia, and Latin America were called at the time. Names such as Julius Nyerere or Paolo Freire represent the enormous importance attributed back then to education and to adult education in particular. DVV took on the challenge – at first by organizing the so-called “Summer Schools” to train adult educators from the South. We still maintain contacts today with many of the first participants in those courses, and whenever an opportunity arises, we enjoy sharing our mutual memories of those early years.

It was in the late 1960s that the need arose to institutionalize DVV’s international work. The “Department for Adult Education in Developing Countries” was founded in 1969. In 1993, the Department changed its name to the “Institute for International Cooperation of the German Adult Education Association IIZ/DVV”. You may well imagine how such complicated names were received by the international community – how grateful our foreign colleagues must have been for the linguistic challenge we set for them. Even the abbreviation IIZ/DVV remained a mystery for many. Understandably, we aren’t the only ones who are relieved by the decision made in 2007 to call the Institute DVV International. As part of the DVV, the Institute is closely allied with the work of the German Volkshochschulen, of which there are close to a thousand.

At the end of the nineteen eighties, the collapse of the Eastern Bloc posed a new challenge for the Institute. The task at hand, shared with our friends who carry on the long tradition of adult education in this region, was to lend support to the people in that part of the world in their difficult search for new vocational as well as personal perspectives.

Looking at DVV International today, you will find these roots and stories everywhere. They converge in some of the core principals of international cooperation work that lend the Institute its profile and identity. As already mentioned, our first and foremost commitment is to combat poverty. The poor and underprivileged sectors of society are the main focus groups of adult education as we see it. 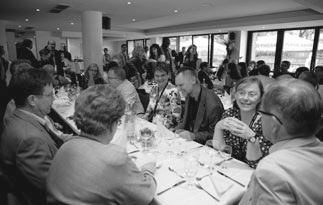 There are still a billion people who live in absolute poverty, and more than 800 million of these people are illiterate. It has always been – and still is – the primary aim of DVV International to open up perspectives for them, limited as our tools may be. It is our intention to help them become more capable of taking active part in their societies. DVV International follows a holistic approach to “adult education” founded on the basic values of democracy and human rights. In addition to providing vocational training and fostering livelihoods, adult education as we perceive it must pursue emancipatory aims, whether through gender education, local development, or work with minority groups.

Therefore we have always set great store in long term partnerships based on mutual trust. We know that the two or three year project terms that are so much in vogue today are not suited to bringing about sustainable change. Long-term commitments and partnerships continue to characterize DVV International’s work now just as in the past. It is our conviction that there is an urgent need – not only, but particularly, in adult education – for partnerships based on trust, openness, and professional interests between and among organizations from the North, South, West, and East. To us this seems all the more important in today’s world, which is coming to be so dominated by a competitive tendering culture that invites a multitude of organizations to propose ideas for the implementation of short-term project goals, and turns potential partners into rivals in the process.

At DVV International we are convinced that it is not possible in the short-term to achieve functional literacy in Guinea or to build adequate structures to enhance the qualifications of unemployed people in Central Asia, to mention only two examples. Perhaps it is necessary to remain resolutely “old-fashioned” on certain points and to rely on proven experience.

Thanks to the Federal Ministry for Economic Cooperation and Development (the BMZ) DVV International is able to do just that. The Ministry recognized early on that poverty-related development requires time and reliability. Its Department for the Improvement of Social Structures follows a long-term approach in supporting the work of civil society organisations. This approach, to our mind, is a remarkable success story. I want to take this opportunity on behalf of DVV to express our appreciation to the Ministry representatives who are with us this evening, for the confidence and trust that they and their colleagues have demonstrated in our work over the past four decades and for the fruitful cooperation that we have enjoyed with them from the beginning. It is my sincere hope that this success story will continue for a long time to come.

Today DVV International has a staff of nearly 150 people. Considering the quantity and diversity of projects and activities carried out by the Institute, this is by no means a large number. The work can only be done because we are able to rely on a stable network of partners who dedicate their expertise, their commitment, and their friendship to our common cause. We have always considered it important not to restrict ourselves to one particular category of adult education institutions. On the contrary, we have always held it to be beneficial for the success of our work to be able to count on ministries and local governments alike, on NGOs and their networks, and on universities and research institutes. They are all part of the adult education scene. They are all equally important to us, and we owe them our gratitude and respect. DVV International has always understood its role to be that of a partner in dialogue who does not claim the ability to contribute finished solutions, but who wants to listen first, and only then to develop plans for action – joint plans, together with our partners. This was the approach we had been following long before “ownership” became a catchword in development cooperation.

For many years our Institute has successfully represented DVV in the international adult education movement. It was one of the founding members of the European Adult Education Association. The members of DVV staff who throughout the years have belonged to EAEA’s steering committee and management board have helped to shape the work of EAEA. We enjoy strong ties of friendship with our colleagues in the regional associations of Africa, Asia and Latin America, and we have always played an active part in the work of the International Council of Adult Education ICAE.

My dear friends and colleagues: Across the 40 years of its existence, DVV International has been characterized by considerable flexibility, willingness, and the capacity to respond to ever changing challenges. These traits will certainly be just as important in the future if DVV International is to defend its position in the field of development cooperation of a small, if agile, fish in a shark tank of major players. Here I would like to briefly describe four of the challenges that face us: 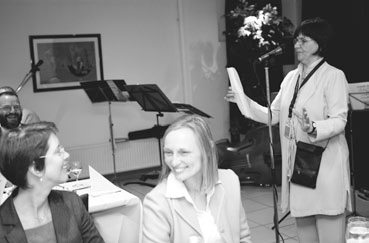 An institution is nothing without the people who shape it and give it life. I want to take this opportunity to thank all the people who work for DVV International, both here in Germany as well as abroad. It is owing to them that our Institute has enjoyed such a successful history. A particular debt of gratitude is owed to Helmuth Dolff, the first Director of DVV, whose initiative and enthusiasm were decisive in the founding years. A special measure of appreciation is also due to Jakob Horn, who led the Institute for many years and passed away earlier this year, far too soon. Thanks are in order for his successor, Heribert Hinzen and for the deputy directors Wolfgang Leumer, Michael Samlowski and Uwe Gartenschlaeger.

The German Adult Education Association is rightly proud of its vibrant and unique international Institute. We look forward to the next 40 years.