Electronic media, and especially the Internet, pervade every aspect of daily life. It is hard to imagine the world of work without the massive use of computers. Computer systems control industrial manufacturing processes, commercial transactions, the global flow of capital and finance, and the dissemination of news and information. More and more entertainment is being produced and consumed electronically. More and more communication and social contacts are taking place through email and social networking services such as Facebook and Twitter. In earlier days, people would glance at the sky or watch the behaviour patterns of birds to predict the weather. Today, weather forecasting is the product of complex data processing and simulations that require powerful computer systems.

Electronic media have become increasingly important in education, and, accordingly, in adult education as well. The Internet is an inexhaustible source of knowledge and information. Moreover, it can be a tool to communicate knowledge and practice skills, and, as such, is instrumental for learning and work. UNESCO has pointed out the relevance of new information and communication technologies for adult education. “Adult learning, culture, media and new information technologies” was the seventh point on the agenda of CONFINTEA VI at Belém.

Despite limited technical infrastructure, substandard equipment, and unreliable Internet access, the new media are also growing more and more important in the countries of Africa, Asia, and Latin America. This is evident from the wide-ranging popularity of the regional conference “eLearning Africa”, which is held annually in alternate countries. It attracts not only thousands of IT specialists, who come to exchange information about the possibilities for using countless software products in the economic sector, but also small merchants from the informal sector and providers of training and basic education. Creative solutions are tested for their feasibility to overcome infrastructure deficits and persisting problems with access and availability. One of the more interesting solutions is the so-called 100 dollar laptop, the product of an initiative led by Professor Nicholas Negroponte of MIT. To realize the idea of “One Laptop per Child”, his project developed a simple robust machine equipped with free software for every area of computer use (word processing, graphics, communication). Integrated technology for the sending and receiving of information blocks allows the laptops to interconnect even in regions where there is limited or no access to the Internet. The laptops run on rechargeable batteries, and, as such, are independent from commercial power lines. They can even be charged with a hand crank if need be. And where no computers are available for information and learning, mobile phones offer a useful alternative. Mobile learning, often referred to as “m-learning”, is already being employed in many schools and training programmes in Africa.

In Germany, and other advanced industrial countries, the rate of functional illiteracy is substantially higher than generally assumed. Literacy initiatives are consequently looking to computers to motivate individuals who have come to associate school and school-type programmes with failure. The German Adult Education Association has achieved good results with computer-aided literacy courses. One of its projects, a computer game called “Winterfest”, was the recipient of the 2011 European E-Learning Award (eureleA) in the category “Best Technology Supported Learning” as well as this year’s Serious Games Award in the category “Gold”. In 2010 it was distinguished with the LARA Education Award. In this issue we are including an article by the coordinator of the project, Angela Rustemeyer, who describes how the program works.

Also introduced in this issue are two of the many ICT initiatives presented at the 5th International Conference on ICT for Development, Education, and Training (eLearning Africa), which was held in May 2010, in Zambia. Crystal Kigoni, founder of the Nairobi-based NGO “Voices of Africa for Social Development”, which was a winner of the World Summit Youth Award in the category “Education for All”, describes the solar-powered “Rural Internet Kiosks”. For a wealth of further interesting information, we highly recommend a visit to the organization’s Internet site at <http://www.voicesofafrica.info/>. Nnenna Nwakanma is the co-founder and deputy chair of the Free Software and Open Source Foundation for Africa, and a high-profile advocate for barrier-free access to computers and the Internet for the people of Africa, and especially for women. The contribution is an interview from the website of the International Conference on ICT for Development, Education and Training (eLearning Africa) <http://www.elearning-africa.com/newsportal/english/index.php>, which contains detailed documentation on this important event.

As demonstrated by the Swiss organizations Avallain and the Biovision Foundation in their work with partners in East Africa, ICTs can also change the working conditions of fishermen and small farmers if those conditions are adapted to cultural surroundings. Avallain specializes in the development of computer-assisted teaching software, while the Biovision Foundation seeks to support African farmers in the sustainable improvement of their lives and the conservation of their environment. Infonet Biovision is a project of the Biovision Foundation in East Africa. The project is described in a report written by Ursula Suter Seuling, manager of Avallain AG, and Ignaz Heintz, the organization’s founder, both of whom have extensive experience in the implementation of computer-assisted learning in East Africa.

Distance training courses were developed to create basic and advanced training opportunities for people who live and work in outlying districts far from any education institutions, and who would have to either interrupt their jobs for longer periods of time to participate in residential training programmes, or go without training. Such courses made it possible for training programmes to expand their coverage and to reduce the costs. There were a number of inherent weaknesses in their methodology, however. As examples from India and Zimbabwe demonstrate, these weaknesses can be overcome by using the Internet. The first of these two examples is an article on an Internet-based further training course developed and supervised by Martha Farrell, the director of the PRIA International Academy of Lifelong Learning (PIALL), the academic wing of the Society for Participatory Research in Asia (PRIA) and Mandakini Pant, a programme coordinator at PRIA. The second example – a contribution by Stanley Mpofu, the director of the Center for Continuing Education (CCE) of the National University of Science and Technology (NUST) in Bulawayo, Zimbabwe, and Christina Müller of the German Institute for Adult Education (DIE) and the University of Duisburg-Essen – describes the structure of online courses at NUST. 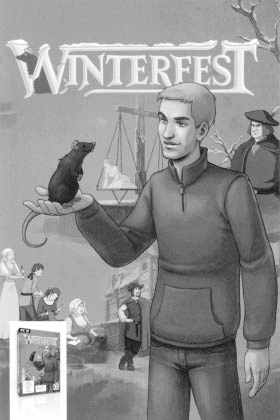