Celita Eccher is a veteran of adult learning and popular education. Beginning to experience the ups, but also the many downs in this line of work when organizing a successful large cooperative of women weavers and knitters in her home country Uruguay, she soon appreciated the benefits of networking which she deepened in the Latin American women’s network REPEM, from where she went on to the global network of adult learning, the International Council for Adult Education (ICAE). For many years now she has served as ICAE’s secretary general. In this reflection she shares her experience and her personal views on networking.

There are times when we are given an opportunity that enables us to look within ourselves so that we can share part of our experience of life. when I saw the proposal that was made for the new edition of the journal “Adult Education and Development” about thinking about the networks, I felt that it was an opportunity to share what I have learnt from so many years of living and working in networks.

Many years ago I started working with rural women in one of the most incredible experiences of national networking in which, with contributions from other educational networks such as rural schools and rural producers, the training of rural women was promoted through the creation and management of craft cooperatives. through learning spaces in work management and other more formal spaces there are now 18 cooperatives with more than 1,000 women working in them and managing them. today, many of these women are leaders of rural women, mayoresses and journalists. we had everything: control by a dictatorship, sacrifices, anecdotes, moments of celebration; we laughed and cried together, and I was even in jail for a few hours in a cell not more than a metre in size, but it was the most complete learning space I have had in my life.

It was there that I discovered the need we have as human beings to overcome loneliness, not simply because rural women in my country live in great isolation, sometimes by hundreds of kilometres, but we also needed to overcome loneliness as groups of male and female educators isolated by the cruel dictatorships of the Southern cone countries of Latin America. we weren’t the only ones to learn that the network helped us to overcome loneliness; those repressing us were also well aware of it and did everything in their power to make working in this type of network as difficult as possible.

Democracy brought many things in its wake, including the broadening of our exchanges, experiences and skills that now go far beyond national borders. I become emotional when I remember how much adrenaline and enthusiasm, and how many lessons we shared, all at the same time, at the Latin American and caribbean women’s network for Popular education (rePeM) meeting of the Southern cone countries as part of the International council for Adult education (IcAe) assembly in Buenos Aires when the president was elected democratically in 1985. At that time the winds of change were blowing in the Southern cone countries with the process of democratisation in Argentina, Brazil and uruguay. they are really unforgettable times. to recognise ourselves in Popular education as practised in Mexico, so far away and yet so near, or in Brazil, Peru or chile, so different and yet so similar. to recognise ourselves and to argue fiercely between feminists and popular educators to open up an extensive process for proposing a methodology of popular education and feminism that years later and with much wit, a dear companion from Brazil had called “the Clash” in that year of ‘86 under the framework of the meeting to deepen democracy organised by the council of Adult education in Latin America (CEAAL) in Montevideo.

And this is one of the most valuable benefits of networks. Instead of creating splits and irresolvable conflicts, it was the beginning of a process of searching, thinking and investigation, action which enabled us to continue developing what we practised, with the contribution of popular educators, feminist activists, academics and women from low-income backgrounds, an educational gamble with a methodology that is basically the outcome of feminist theory and practice and of popular education.

When you take part in such a vigorous committed process, the network is almost like the air you breathe, and it is at all times the source that enables you to learn, relearn, unlearn and discover differences, not without surprise and sometimes painfully. when you have the opportunity to think about this rich process in which you are taking part with other men and women, with conflicts, like-mindedness and disagreement, with intellectual and not so intellectual discussions, with struggles for leadership, this consolidation that only networks can give you begins. you are not alone in facing difficulties, you have many colleagues behind you who are in the same position, and it does not matter if they are geographically close to you or far away, because we are paving roads with junctions going in both directions to explore new avenues and to return and to unite behind common goals.

All this mass creates something that goes beyond the ability to produce content and an exchange of experiences or influence at public policy level; it is something more than the sum of everything, it is that which enables us to use our different intelligences, not just the one that we normally take into account.

Excitement and memories enable me to pause to assess the benefits and opportunities I have had on this long journey which has not been without its difficulties and I have tried to highlight some of the key points of the networks based on my experience. to be part of a network 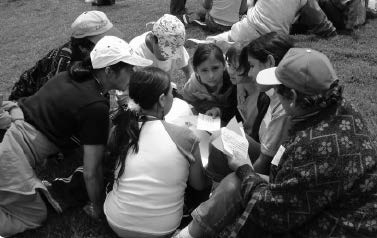 There are many different networks; they are organised and operate differently depending on who created them, their common interests, how committed their members are, the purpose for which they were created, for example networks whose purpose is to shed light on discrimination of any kind, or of educators. we can achieve many things by working in networks; it all depends on what kind of commitment we have with the purpose of the network. A series of actions can be developed that go much further than our local or regional lives, and we can apply networking at every possible level and achieve synergies from working as a team.

To do this, we must develop a set of skills that will enable us to be more efficient in our work.

It is not just a unique learning space, it is a place to open minds and to generate partnerships with other people and networks of people who are not educated and from whom we have so much to learn.

We often question the benefits of being part of a network, as regards what services the network provides for its members, but this is diametrically opposed to the reason for a network, which is to join forces to achieve something that would be very difficult to achieve separately. 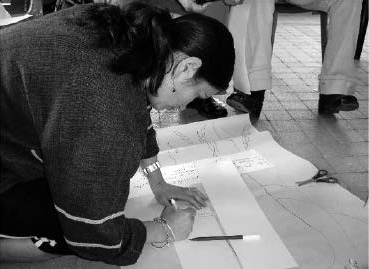 I have also discovered that networks have cycles, ups and downs, that they go through good times and through crises which are sometimes so significant that

the networks disappear: individualism, the commercialisation of life, the struggle for power, the search for fame or success of some of its members through leading roles in the network, feelings of belonging to an elite of any kind are obstacles to the participatory functioning of the network.

The following are also obstacles: the inability to understand the significance of cultural translation, inflexibility in regional or local outlooks, self-referring leaderships and so many obstacles to be faced just as in other organisations, often aggravated by the nature of networking which is generally undertaken voluntarily with a small group whose main task is to interconnect, to serve the network and to motivate teamwork.

There are a number of rules that must be observed for a network to be healthy. these include:

I believe that in spite of some difficult times and headaches, it is worthwhile creating and supporting networking because it enables us to be more human and to feel part of a group that in many places shares and works for the same ideals.