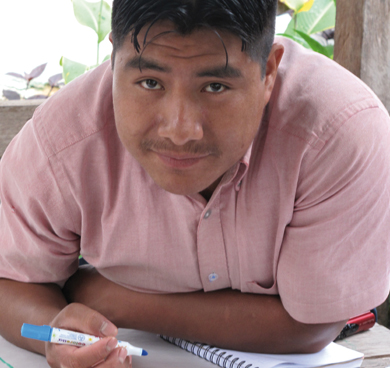 The Patronato Pro Educación Mexicano A.C. has developed a formal education process since 1995 in the Tseltal de Guaquitepec region, in the town of Chilón, Chiapas, Mexico. This educational model is based on the redefinition of the culture of the Tzeltal communities. It links them through training to be Family Welfare Facilitators (secondary school) and technicians in Community Development (Bachelor).

After more than 15 years of this joint work with communities, the need arose to give continuity to the training of youth. The idea was to give an impetus to organisational, productive, social and other processes in the region. 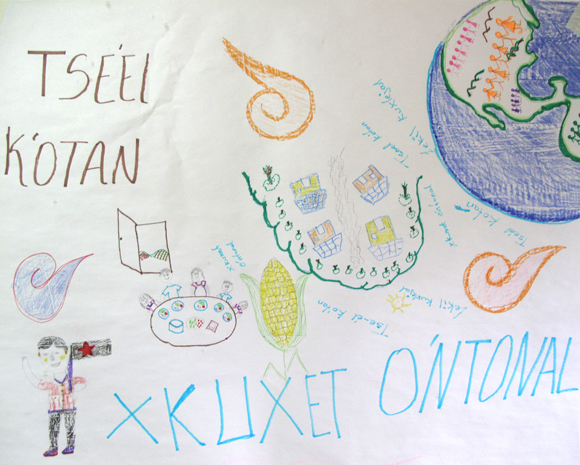 In 2012 things got moving. The communities of the Guaquitepec region wanted and needed to have their own educational space. This was to be a place in which young people and graduates from high school could learn and contribute to the stimulation of processes for a life with dignity at the community level.

The Patronato gave a positive impulse to the project by opening it up from the beginning to the participation of other civil society organisations. With that it provided a possibility that has since taken shape. The project became a shared concern of dif ferent civil society organisations that want to show their ability to do things together and to apply the potential of all their experience to this educational programme. By par ticipating, they also direct the training ef for ts, not only toward the young people of the Guaquitepec region but toward all youth and adults in contact with the participating organisations.

“The learning community is an open educational proposal that can be accessed by the young and by adults who want to enrich and give new value to their practical work as educators and community advocates.”

This is a coalition of those willing to participate in specialised training, enriching and giving new value to their practical work as facilitators, technicians, and community advocates.

The learning community is an open educational proposal that can be accessed by the young and by adults who want to enrich and give new value to their practical work as educators and community advocates. It is organised into modular units that can be taken independently or by following a set sequence. 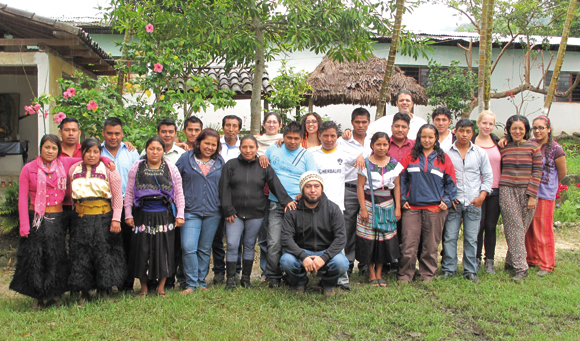 Constructing in the diversity.

The logic of the learning is action-reflection-action. Here the starting point is always the action itself. The knowledge produced is “experiential” and refers to the experiences of par ticipants in their relation to the world in the same way as their “organisational” knowledge is related to the “ways of doing” of an organisation.

1. To accompany the education of women and men as critical subjects who experience emotions related to a good life in their communities, who are able to hear and recognise collective needs and dreams, and who know how to present challenges in order to give an impetus to community processes of social autonomy.

2. To encourage and strengthen the emergence of participatory community leaders who facilitate self-managing processes to reduce forced migration, promote self-employment and to contribute to the creation of decent living options for individuals, families and communities.

3. To create links between organisations, to build and witness a collective and horizontal process, based on other modes of interaction and doing things, contributing to the revitalisation of historical memory and encouraging the expansion of projects composed of a future desired and shaped from a different view of life.

After nearly a year of preparation, the specialised training programme began in September 2013 with a staff of 23 Tseltales, Tzotzil and Tojolabales participants from different communities and regions of the state of Chiapas.

A programme like this shows the power of thought and knowledge management of civil society. It shows that you can create organised educational processes and remove them from the place where they are usually recognised (in universities). We do not gather only as organisations that plan training processes, but to generate specialised training processes.

The programme offers the possibility of finding collective solutions well beyond the bounds of the individual, which can be translated into concrete proposals for their communities. One studies for the community. It’s about using tools and technology with a critical vision and a sense of social responsibility in order to collectively defend the community and territory.

It of fers the oppor tunity to be educated in a dif ferent way, through life experiences. This allows the learner to view the world, development and culture dif ferently. It helps strengthen women and men as well as leaders of communities and organisations.