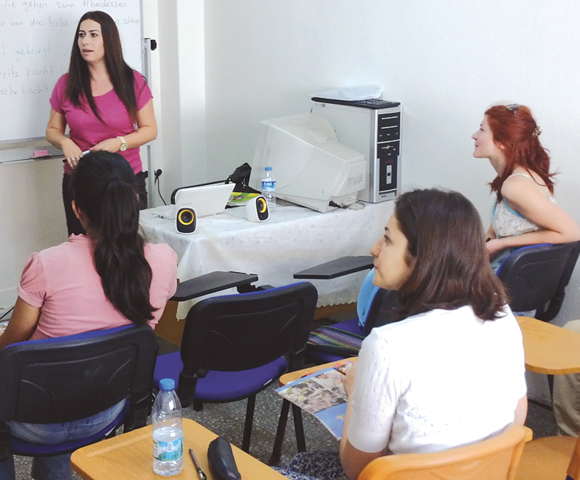 Although not widely known, Turkey has a well established Adult Education network called Halk Egitimi Merkezleri – HEM (Public Education Centres). The system is similar to other European countries such as Germany and Denmark. The network consists of around 1000 centres located all over the country.

The HEMs were established in 1932, when the government of the new and secular Republic of Turkey started opening Public Homes (Halkevleri) to replace the religiously oriented non-formal education centres. The aim was to reach those who for one reason or another could not take part in the formal education system. The idea was to spread the notion of citizenship and to teach these people to read and write the Latin alphabet that replaced the Arabic one.

Kadıköy HEM is one of the the 45 HEMs currently operating in Istanbul. It serves around 500,000 people living in one of the biggest districts of the mega city. 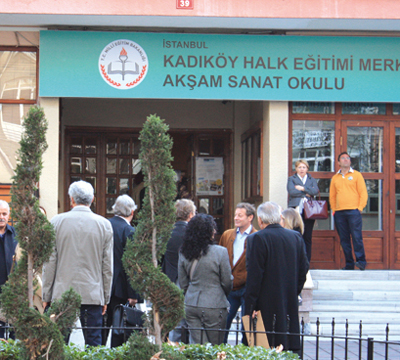 Most of the courses take place in the central building placed in the heart of the district. This building includes a theatre hall, a sports hall, a public library and 45 classrooms. In addition courses are of fered in the public schools and municipality premises in other parts of the district.

The General Directorate for Lifelong Learning in Ankara annually produces a long list of training programmes and modules. Every HEM is obliged to prepare their course portfolio from that list. The decision of the HEM about the selection of training offers depends mainly on the demand and needs of the local communities and sometimes also local employers. As a citizen you have the right to ask for a course to be opened if you can bring together 12 people. The courses are legally and principally free of charge, although your contribution is welcome if you have the resources.

The majority of the participants are women. HEM offers a space to learn and also to socialise. While courses such as handicraft, fashion design and hairdressing are predominantly occupied by women, men tend to prefer graphic and web design, as well as vocational training for technicians.

The HEM system is unique in the region. Neither the ex-Soviet countries in the Balkans and Caucasus nor the Middle Eastern countries manage to offer such a broad and old public Adult Education system. It has played and still plays a big role in increasing literacy skills and the participation of women in education and social life. HEMs and their sister organisations Vocational and Technical Education Centers (MEMs) also play a big part in the fight against unemployment and poverty in Turkey.