Editions / AED 84/2017: Inclusion and diversity / INTERVIEWS / Nobody could tell me writing was a man’s job

“Nobody could tell me writing was a man’s job“ 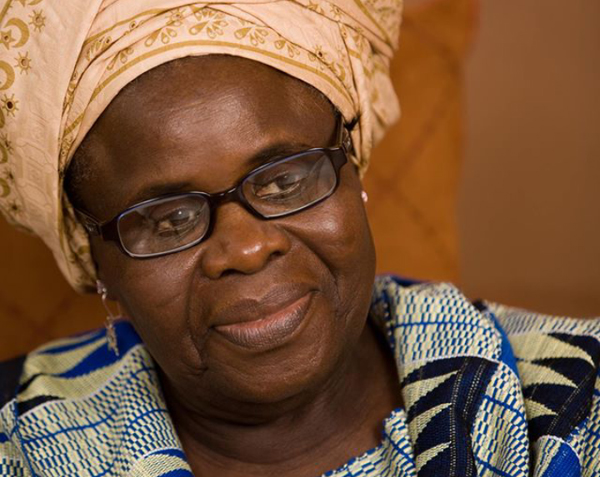 Ama Ata Aidoo (born in Ghana in 1942) is an African writer and a feminist. Many of Aidooʼs protagonists are women who defy the stereotypical women’s roles of their time, as in her play “Anowa”. Her novel “Changes” won the 1992 Commonwealth Writers’ Prize for Best Book (Africa). Her poetry collection “Someone Talking to Sometime” won the Nelson Mandela Prize for Poetry in 1987. Between 1982 and 1983, she was Minister of Education in Ghana. In 2000, she founded the Mbaasem Foundation, a non-governmental organisation based in Ghana with a mission to support the development and sustainability of African women writers and their artistic output.

How did you become a writer?

I started writing when I was very young. I didnʼt know at the time that I was to become a writer. I know that I read all the time. The house was full of books, and I remember rummaging through the cupboards and drawers looking for books to read. There were always books to read. I grew up in a village, a small town in the central region called “Abiadze”. My father was the chief of the village then called “Kyiakor”. He actually opened the village school with our class and some excellent teachers. My mother and another man from the village used to tell us stories every night. I think all of this prepared me to be a good writer.

One of the issues that parents educating their wards around here unfortunately donʼt seem to be aware of is that, to help young people develop, you just have to give them positive stimulants, like interacting with them nicely, loving them, taking care of necessities, talking by word of mouth and correcting them where necessary.

Are you currently writing a new book?
If yes, can you tell me something about it?

Yes I am. It is about a group of people who escaped a terrible epidemic like AIDS, and they felt the only way they could be saved would be to leave their current surroundings and build a new place somewhere else and stay there. Putting some mechanism in place will help them stay safe from the rest of the world, possibly away from other human beings. Inside that country, they have some rules and regulations that they thought could help them, including a decision to build a steel wall higher than the Great Wall of China. Since I don’t know how it ends, I cannot say how they will end it. Whether it will help them, and whether they will be saved or not.

A lot of people find it difficult to accept your feminism. Why?

Well I think it is because first of all, they assume that feminism is equal to lesbianism, which it is not. Feminism is an ideological orientation, a perspective on the world and life. The other is a sexual orientation, and the two shouldn’t conflict as they belong to different spheres of human life. One is a mental state, and the other is sexual. In a paper that I worked on in the 80s, entitled African women at century’s end, I stated that everybody should be a feminist, including men. Feminism is not an ‘ism’ that belongs to women only, but a way of looking at the world. It insists that young women in this life should be given the best possible facilities for our development, health, well-being and employment, so that when we become old we can be catered for like old men are.

I survived as a woman where men dominated because my people were supportive of women. In so many places in the world, there is an assumption that African women are the most oppressed. It is not true, we are not! At least not all. As an Akan, Fante woman, I grew up in a society where there was not much discrimination against girls. That is why I could be a writer and nobody could tell me writing was a man’s job. I had to go to University to be told by someone that I speak and do other things like a man. My regret is that we Ghanaian girls are not using the freedom we have inherited, and men are now moving in to colonise us.

You were born in an era in which education for young girls was unusual. What inspired your parents?

Well, my father was a chief and had not gone to school, but he was inspired by Dr. Kwegyir Aggrey1. When I was a kid, the nearest school in our traditional area was at Ahenkuro, the seat of the paramount Chief, which was at Abiadze Dominase. Our village, which is now a small town, was completely surrounded by water. In the rainy season there was no way people could cross the river easily, especially young people. So my father literally campaigned for a school at the district education office in Saltpond. They came, and started the Abiadze-Kyiakor Local Council school. I remember the day of the inauguration, when my father told everybody that if people were to ask him why there were some girls in the school, he would quote Dr. Kwegyir Aggrey “If you educate a man, you educate one person, but if you educate a woman, you educate a nation”, saying this in the local Fante language. I heard my father quote Dr. Aggrey on the importance of education for women at age six. 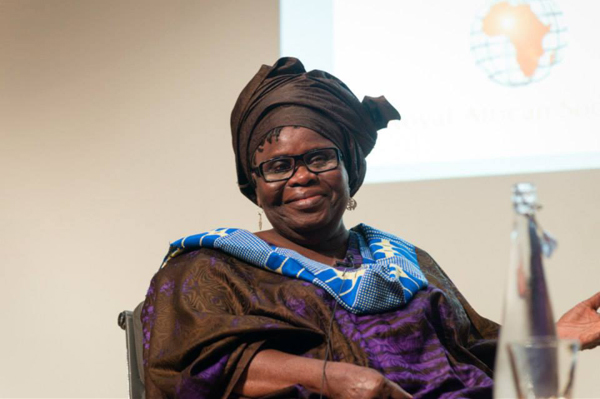 Under the PNDC Government, you spent only 18 months in office as the Minister of Education. Why such a short term of office?

Because I felt that being a writer, and a minister, I wasnʼt getting anywhere with my ideas on education. Everyone would listen at Cabinet meetings when my male colleagues were speaking. But me being a woman, when I brought up a topic for discussion, they wouldnʼt pay any attention. Hence I felt no one was ready to listen to my contributions.

Some of my ideas were just ridiculed, and I was discouraged by people’s actions. I drafted a resignation letter and presented it to them. They announced my sacking on the radio in response to my letter. I donʼt think that people were surprised. They thought I was too difficult and talked too much, stepping on toes.

How do you see today’s challenges in the education system in Ghana?

Children in this country are receiving virtually no education. Even in the so-called private schools, where they are paying so much, the children are taught extraneous things and in the end donʼt receive a good education. The teacher-student relationship is poor, affecting teaching and learning.

Religion and religious practices interfere with education to a large extent. Remuneration and other support is poor in state-sponsored schools. The boarding school system is a major problem in senior high schools. No education system in an advanced country centres its secondary education on boarding. They brought it from England, the colonial masters. Those public boarding schools are all completely private in England today. The state schools are day schools. How can you have the teenage children of an entire country housed in boarding schools? Unless we do something about that, there will be no significant improvement in the country’s education system.

How can education help to initiate change or include women in society?

The exclusion of women is not something that we in Ghana have inherited. In a greater part of Ghana at least, even those tribal areas that are ‘patrilinealʼ, girls are just like other children. So this business of women canʼt do this or do that is very new somehow. I didnʼt grow up in a home where I was forced to learn how to cook. Maybe my people were too strange. Nobody ever told me not to do anything because I was a girl.

We have to get girls educated. Education that does not put them down is needed in society. We have to open up, talk and write, hold up these negative trends for discussion, analysis, abolition, and possibly banning. As far as Iʼm concerned, society needs attitudinal change.

Let’s talk about adult education. To me, it seems that within the last decade, adult education has faced significant challenges in terms of its relevance to socio economic development as it seeks to define itself. In spite of this re-conceptualisation, it continues to be relegated to the periphery and lacks the funding it needs to play its key role in national development.

Yes, I agree! Adult education in our environment is a very necessary complement for education. Adult education as an institution has to be re-energised and reorganised by reminding the public of its importance. In a society like ours with so many adults literally having had no formal education, adult education should be dynamic so that it helps fill some of these gaps. The fact that adult education seems to have declined so drastically is also a symptom of what has happened to us as a people and as a country, both in terms of education itself and in the application of knowledge generally. 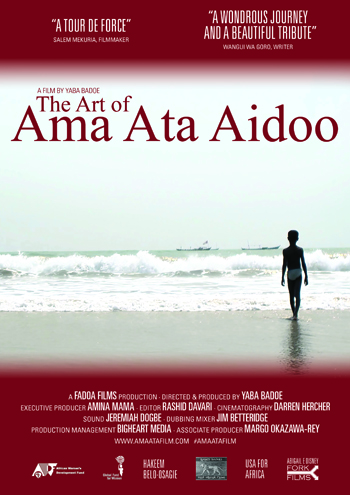 Ama Ata Aidoo is the subject of a 2014 documentary film,
“The Art of Ama Ata Aidoo”, made by Yaba Badoe, © Fadoa Films

How do you see the role of Western education in African societies, its advantages and disadvantages?

I think it has been wonderful, but it has now become the cause of the problem. Our governments have never known what would help us with our own languages, so in that sense the use of a European language as a main vehicle for instruction has had a negative effect on us. Talking of advantages, English is the language of America, Canada and other countries. Because it is dominant, itʼs advantageous that we have received an education in it because it really means that an average Ghanaian can do something inside and outside our country with some minimal form of education.

Unfortunately, it has also come to mean that because our own language has not become the major vehicle of instruction and source of wisdom, it seems we have lost our richness and we keep on losing it. Speaking English gives us access to a big world and to knowledge, and it seems good. The only drawback is that it has deprived us of some really excellent things which could have been beneficial to our Ghana-based education.

Ama Ata Aidoo, thank you for the interview.