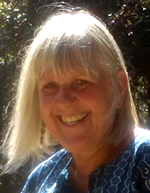 Astrid von Kotze is a community education and development practitioner in the Popular Education Programme in working class communities, in South Africa. One of her favourite educational tools is popular theatre.

Adult Education and Development: What is “Popular Theatre”?

Astrid von Kotze: Unlike theatre for development, which seeks to raise awareness in order to improve an aspect of a community, popular theatre (like popular education) aims to conscientise. Conscientisation, as proposed by Freire, means identifying, analysing and targeting underlying power relationships and systemic constraints, as well as mobilising participants to act for change. Thus, popular theatre is not about “giving a voice to the voiceless”: It considers both performers and the audience to be subjects, agents of their own development and change, and it encourages and supports them in struggles against oppressive forces. At its best, popular theatre is one strategy in a sustained struggle for justice.

Why do you use the approach in your work?

Theatre is a wonderful space to work on dangerous issues and to “light fires”, that is, to ignite anger and passion – the energy needed to fuel action. Theatre taps into people’s creativity, their imagination. Through experimentation with and improvisations around issues close to their hearts, participants come to see their personal troubles as public issues. Thus, theatre offers a space to explore critically, deeply and playfully new (horizontal) relations and relationships. While participants try out new possibilities of thinking, feeling and behaving, theatre is also a process of story-telling that generates collective ownership, and a tool for mobilising for action.

Can you give us an example of the impact of popular theatre?

In 2016, I worked with a group of women from Delft, a very poor area outside Cape Town. They chose the theme of domestic violence as a persistent and serious issue in their community. In workshops, more than 25 women explored the issue in relation to social, economic and political systems, uncovered how power differentials are deeply gendered and domestic violence is situated within a patriarchal culture of violence. The women shifted perspectives and came to see how men, too, are oppressed by this culture. In the end, six women performed the play – but all 25 of them reported that they had begun to approach their partners and children with greater empathy, while developing the tools for dialogue in order to transform relationships. After performances, men often came forward in “confessional” speeches, apologising for their behaviour. Importantly, the women in the play began to forge relations of empathy rather than scorn with other women and, collectively, planned ways of countering abuse through acts of solidarity. Two years later, many of them walk children to school in “walking busses” to protect them; they respond to the noise caused by other women’s abuse by publicly supporting the abused; they cook together and meet regularly in support groups.

However, while a small group of women can tinker with change, it would take a social movement and a “long revolutionary breath” to change systems. Plays embedded in social movements have a more realistic chance to create a lasting impact. For example, a play about evictions and land ownership was originally performed to affected community members, educating them about legal aspects and garnering their support. It is currently in rehearsal and will be performed as one of the strategies to raise public awareness for an upcoming court case about public land. In this way, popular theatre is one form of popular education that can communicate with great immediacy to bring issues closer to the public.