Prof. C. Lima is a professor at the Faculty of Education at the University of Minho in Portugal. In addition, he has held several visiting professorships in Europe (France, Germany, Spain, The Netherlands). He is the author of many publications in the field of Adult Education. In his article he discusses the changes in concepts from Adult Education to Lifelong Learning and their importance to civil society.

The Hegemony of Learning to Acquire Economically valuable skills

I refer to the political and strategic guidelines of the European Union regarding Adult Education and learning over the last decade, noting that the use of the education concept (Adult Education, popular education, education throughout life...) seems to be decreasing. Like in other international spaces, preference is given to the concept of Lifelong Learning, more oriented towards the achievement of qualifications, competences or skills for growth, productivity and competitiveness in economic terms. The modernization and the functional adaptation respond to the imperatives of the so-called “learning society” and “knowledge economy” rather than to the promotion of critical thinking and economic and socio-cultural transformation. Currently they constitute the main objectives of learning policies, based on narrower and more instrumental concepts of training and learning. The economicist, technocratic and managerial tendencies of lifelong learning represent something that the author calls “the right hand of lifelong learning”.

Indeed, the erosion of the education concept in favor of the learning concept, induced somehow by the Hamburg Declaration of 1997, had the perverse and unwanted effect, in certain political contexts, of a distinct insular prominence of the learning concept. The apparent advantage was the strengthening of the concern about the learning subjects and their effective learning since, as it is well-known, public education provision has often proved to be unable to ensure democratic policies for equal opportunities or to make effective Youth and Adult Education as a fundamental human right. Therefore, the shift in the political discourses – from education throughout life towards Lifelong Learning – was sometimes used to justify the passing of State’s duties into the market, for each individual, understanding education as the provision of a marketable service rather than as a public good. In several cases, individuals were radically deemed responsible for their own “learning biography” or “competences/skills portfolio”, according to certain trendy language, and ultimately reinforcing the tendencies that can be observed in other social areas regarding individualization processes and the withdrawal of State’s duties.

In relation to that point, it is worth noting the recent interest of public and private policies in formal and informal learning, suddenly discovered and highly praised, particularly oriented towards competitive performance; also the prominence of qualification concepts and ideas for economic growth, competing skills, adaptability to economy’s needs, entrepreneurship and employability. Thus, a type of new pedagogy emerges, which I call “pedagogy against the other”: as in the market, “competing for growing” seems to be the proposed pedagogical slogan, reproducing the liberal principle that affirms there is no progress without rivalry.

I notice the recent rediscovery of the ideal of continuing education or education throughout life, albeit suddenly reconverted into economicist terms and focused on an instrumental and pragmatic notion of training and learning, without taking care of the political-educational project or pedagogical thinking, as if the praise to learning resulted from the fact that learning is something good and useful in itself, regardless of its objectives, values, processes, etc. (see my text titled “Learning? What learning?”, published in ICAE website).

I think that nowadays it would be irresponsible to conceive Adult Education while turning our backs to economy and labor and unemployment issues. Nevertheless, this does not imply we can accept for education, training and learning to deny their ethical-political responsibilities of critically reading the social reality, deepening citizenship and democratizing democracy. They cannot, therefore, adopt a standpoint of functional adaptation to the imperatives of the new capitalism, thus reducing Lifelong Learning and education to vocational or professional training, regardless of its relevance. This means that if Adult Education and learning cannot ignore the economy, they cannot adopt a passive and subordinate standpoint, subject to the power of economic interests neither of them chosen and subject to a market that, by definition, does not seek to produce social justice.

In a democratic education project that aims at developing free, aware and critical subjects of history, there is a permanent tension between adaptation and change. As Theodor Adorno used to say, it is true that education would be impotent and ideological if it ignored the objective of adaptation, not preparing individuals for life; however, it would be dubious if it only worked towards adaptation, towards the production of well-adjusted persons, unable even to imagine other possible worlds and engage in their own social transformation. 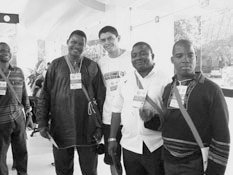 For the above reason I am an advocate for Lifelong Learning and education of ambidextrous nature, metaphorically using both hands (see my book “Educação ao Longo da Vida: Entre a Mão Direita e a Mão Esquerda de Miró”, São Paulo, Cortez, 2007). To this end, I searched for inspiration in one of the greatest Portuguese speaking poets, Pernambucan João Cabral de Melo Neto, in his poem “O sim contra o sim” (“Yes against Yes”), where he writes:

“Miró felt his right hand
to be too wiseit knew so much that
nothing new it could devise
He wanted it to unlearn
the plenty it had learned
and with the fresh strokes
of the left hand be reacquainted
Unable it was to do so
that with his left hand he began to draw
before operating on himself
to have it on his right arm grafted
If you’re not left-handed
your left is a hand without skill,
learning at every stroke,
at every moment to restart.”

The most skillful, deft and wise hand, the most functional, adaptable and instrumental hand is the right hand of education throughout life and Lifelong Learning. It is certainly indispensable but the problem is that it now dominates the political discourses and many education practices and even civil society and the much heterogeneous “third sector”.

For the above reason, by advocating for an ambidextrous education, of both hands, I am compelled to praise the left hand – which is capable of unlearning in order to learn again; the one that manifests itself as critical and dissatisfied, that seeks transformation, that is more creative and accepts to take risks, exactly because it is less wise and less trained. Yet, it allows to perceive how exaggerated the functionalist praise of adaptation learning is outside of a democratic and critical concept.

Sometimes I fear that the more humanist, democratic and critical notions have been diffused by substituting education for learning, the social for the purely individual, transformation for mere adaptation, solidarity for rivalry.

Significantly, I want to make note of the fact that the term “lifelong...” has remained unaltered: Lifelong Learning, qualifications, competences, skills. At present the most pragmatic and technocratic Lifelong Learning approaches have been actually subordinating life to a long series of useful and efficient learning, in accordance with certain economic notions, instrumentalizing life and amputating its less marketable dimensions. These approaches forget or deny life’s substance along the learning processes since such learning processes have already opted for limited utility patterns, sometimes bordering on alienation.

On account of the above, it is urgent to remind political leaders those things we have been learning for long in Adult Education. We learn that education’s main strength lies, paradoxically, in its apparent fragility; in its own pace, which is slow most of the time; in trial and error attempts; in the uncertainty and lack of immediate and spectacular results; in its processes of dialogue, coexistence and participation in decision-making. Education is all that and precisely for this it is incompatible with the mere training, indoctrination or conditioning of human beings, regardless of the political, ideological or economic agenda.

Finally, we who know well the power of education and learning know nonetheless that education, although capable of many things, is not capable of everything, as Paulo Freire concluded so many times. I remember him because it seems we are going through a “pedagogism” phase rooted in economics and management; that is to say, in the naïf belief in the rescuing and almighty nature of Lifelong Learning for each individual, capable of transforming society and economy. For each social and economic problem there is a learning therapy or solution, as if it was possible to face structural problems with biographic solutions, with the isolated action of useful, efficient and lone subjects. But this is not the Adult Education we learnt with out best teachers anymore, based on hope, activism and civic militancy.

I hope that CONFINTEA VI, to be held in Latin America within a context of popular education traditions and great social creativity, will let itself be influenced positively by that context and will be able to return to its best democratic and critical origins.