Education for Everyone. Worldwide. Lifelong. / Adult Education and Development / Editions / AED 80/2013: Post 2015 / ARTICLES / Lifelong Learning for All – A potential global goal for the post 2015 education and development agendas!

Lifelong Learning for All – A potential global goal for the post 2015 education and development agendas!

Abstract– The education and development agendas covering the years 2000 to 2015 will soon come to an end. This article explains the processes leading up to the current agendas and what happens now. We see already that despite several achievements and gains, most of the agreed goals will not be reached. This is especially true for what is related to Youth and Adult Education and their learning and training needs. Therefore the Adult Education community needs to get further involved within the post 2015 debate that is now in full swing. There is a need for more support for youth and adults within a perspective of Lifelong Learning for All.

As we entered into a new millennia amid fears of Y2Kcrashes1 (remember those, anyone?) the United Nations accomplished something quite spectacular. The organisation, heavily criticised both for its slow decision-processes and its inability to implement decisions, succeeded in compiling an ambitious plan to reach many of its fundamental goals. Obviously the Millennium Development Goals, or MDGs, were a result of much debate, and a compromise. Nevertheless, here was a concrete roadmap, with measurable objectives in eight areas. At the same time, back in 2000, we got the six Education for All goals.

Education for All (EFA) was a result of 1,500 participants of the World Education Forum in Dakar agreeing on six goals covering early childhood, primary education, youth and skills, adult literacy and continuing education, gender equality, and improving quality [for more information click here].

The EFA agenda was a big step forward. It replaced the World Declaration on Education for All: Meeting Basic Learning Needs of an earlier World Conference in Jomtien from 1990. EFA looked at education from a holistic per spective, the new vision wanted to cover the whole life span – long, deep and wide.

The global Adult Education movement got involved in these processes early, and was thus going beyond CONFINTEA, the series of UNESCO World Conferences on Adult Education. In 1990, just before Jomtien, the International Council of Adult Education (ICAE) held its World Assembly, also in Thailand. On a national level, DVV International played a strong advocacy role in the pre paratory taskforce within Germany, and I was later invited to join the Government delegation that participated in Dakar. Since then, this journal has published special issues and numerous articles preparing for or reporting on EFA events and their outcomes in policy and practice on global, regional and national levels.

As a result, ICAE, DVV International and other members were invited to participate in important committees like the CONFINTEA VI Consultative Group, the UN Literacy Decade Experts, or the Editorials Board of the Education for All Global Monitoring Report, which is published on a yearly basis. In 2012 the Monitoring Report was on Youth and Skills, and the next issue will be on Learning and Teaching for Development.

Two of our goals were approved as part of EFA in Dakar:

Unfortunately, this wider EFA vision became limited to the second of the Millennium Development Goals which wanted to: “Achieve universal primary education”. As a result only this aspect of the EFA agenda got any attention by most governments and development partners. It would be an important task to analyze the flow of development aid for education, and demonstrate how much – although not enough – there was for children and schools, and how little there has been for the continuing education and training needs of youth and adults.

The adult learning community has criticised the implementation of the MDGs and EFA goals for the narrow focus on primary schooling, and the way youth and adults and their learning and training needs have been ignored. This publication aims at setting the records straight, and to engage in the debate that has already started: What should happen after 2015? As the success of the Adult Education community in Dakar did not result in an equally successful implementation, it is time to take stock of what has been achieved and look at what should be done now.

We see a diversity of processes, conferences, and websites on the world stage. They try to evaluate the outcomes so far, and start the debate of what should follow. All in all it has become clear that most of the eight MDGs have not been reached in most of the countries of the global South, and will not be reached by 2015. The same can be said for the six EFA goals, where most indicators show much more is needed. At the same time we should celebrate and learn from the many successes as they can provide lessons to be learned for the next decade. Many of these successes are well presented in the yearly Global Monitoring Reports, which are full of such stories.

There are voices raised suggesting that we once again set global goals, but this time with national and/or context-specific targets with related indicators. The argument is that what is easy to reach in one country may be very difficult in another one. Even within countries there are often large differences between opportunities in urban and in rural areas, between richer and marginalised people, not to mention the ongoing inequality between female and male access. For the new MDGs, which may be named Sustainable Development Goals, there is a growing understanding of the interconnectedness of the different goals: Healthier people learn better, better educated youth and adults are less vulnerable.

The UN System Task Team on the post 2015 UN Development Agenda published what they called a “thematic think piece” on “Education and skills for inclusive and sustainable development beyond 2015”. The Task Team observe trends for education, and divide their findings into: 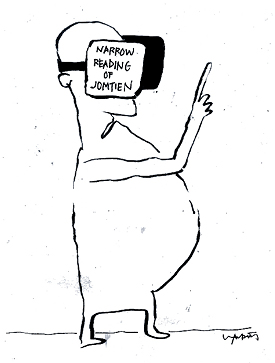 It seems that despite a variety and diversity of views and arguments, there is a growing common understanding which in respect to the different agendas calls for:

This common understanding can be seen in the many documents floating around. This trend works in our favour, but it needs to be reinforced. The post 2015 debate is in full swing, and if the March 2013 meeting in Dakar is any indication, the Adult Education community needs to step up its efforts if we are to influence future goals. Luckily, all of us are invited to join the discussion.

The Adult Education community has a lot of opportunities to participate in the discussion through the high number of meetings, websites, blogs and social media available. The discussion in the Asia Pacific region can serve as a positive example where the UNESCO Bangkok office has taken the lead to explore future perspectives together with experts through a series of meetings:

Where are we now?

The debate reached a first global momentum with the UN Thematic Consultation on Education in the post 2015 development agenda. The meeting in Dakar, March 2013, came up with priorities towards: “More focus on quality and how to measure it; on equity and access for hard-to-reach children; and what should happen during the first 3 years of secondary school.” These priorities clearly show that the current flow of processes and debates around new EFA goals are once again dominated by schooling needs of children.

At the same time there is also a great step forward in the Summary of Outcomes where: “Equitable quality lifelong education and learning for all” is proposed as an overarching education goal to realise the world we want. The Civil Society Communique of the Global Civil Society Forum on the post 2015 Development Agenda held in Bali in March 2013, came up with a statement that a future “framework must include goals and zero-targets on univer sal access to equitable healthcare, quality, inclusive edu cation and Lifelong Learning, water and sanitation, and food and nutrition security.”

By engaging in these debates now, and deepening them through our journal, we hope to provide an increased opportunity to have an in-depth-discussion of why “Lifelong Learning for All” would be an overarching aim that sets education as a human right as well as skills and competencies for citizenship, livelihoods, and vocational needs as an overall orientation.

It is not too late for the Adult Education community to get more deeply involved. Members of ICAE should do it at the national and regional level. The Adult Education community can strengthen its positions and claims through evidence-based policy recommendations coming from good practice. All readers of this publication are invited to join the discussion in a virtual seminar organised for early 2014 [click here for details]. Potential issues to be raised include:

This involvement should cover both the education as well as the development agenda. Youth and adult learning and training must be strong components in both.

The Millennium Development Goals and the Education for All goals are not the only processes that address education globally. We should not forget the CONFINTEA process. The Belém Framework for Action which was approved at CONFINTEA VI in 2009 is monitored by the UNESCO Institute for Lifelong Learning. A midterm report is due in 2015.

Belém saw the first Global Report on Adult Learning and Education (GRALE). Once the new GRALE report is published, later in 2013, the Adult Education community will be in a position to know what has been achieved since Belém, and what policy and practice, support and partnerships it should concentrate on. This includes the greatly needed governance, professional and financial structures and mechanisms.

It should be clear that opportunities and time for bottom-up debates are running out very quickly. The EFAfollow-up might already take place at the beginning of 2015 in Korea. Thus a clear strategy is needed. One such could be “Lifelong Learning For All” – with related goals for the diversity of specific education sectors and needs of the people. This should focus on youth and adults, and move to national targets and indicators for implementation and measuring of achievements.

1 / The fear was that all computer systems around the world would cease to function on January 1st, 2000.

UNESCO (February 2013): Education for All is affordable – by 2015 and beyond. EFA global Monitoring Report. Policy Paper #6. Available at http://bit.ly/10PdBJJ

Professor (H) Dr Heribert Hinzen studied at the Universities of Bonn and Heidelberg, Germany, gaining a doctorate in comparative studies with a thesis on Adult Education in Tanzania. He has been working with DVV International since 1977 in headquarters and offices in Sierra Leone and Hungary. He was Director of the Institute in Bonn from 1999 to 2009 before moving to Lao PDR. Additionally, at the Royal University of Phnom Penh he teaches comparative studies of education, looking into non-formal education, Lifelong Learning, skills training for youth and adults. He was awarded an Honorary Doctorate from the University of Pecs. Previously, he was a Vice-President of ICAE and EAEA.