The deepening global recession and accompanying factors, such as the need to take loans from international financing institutions and simultaneous pressures on governments to contain social spending, cutbacks in foreign investments, overly expensive credits and reduced access to credits, rising unemployment, volatile commodity prices and decreasing remittances in 2008 and 2009 are having a serious impact on transition and developing countries. Deteriorating growth prospects in the countries are expected to further increase poverty. The World Bank estimates that about 55 million more people will live on less than $1.25 a day (in 2005 purchasing power parity terms) in developing countries this year than expected pre-crisis.1 At the same time global finance and aid ministers on 27 April 2009 called on rich donor nations to deliver aid to poor countries, warning that world poverty could rise sharply as more nations fall victim to the crisis.2

It is in this context that the European Training Foundation (ETF) – the European Union’s agency to support development through education and training – is undertaking small but effective donor cooperation projects. In the 30 partner countries with which we are working, adult training is mainly financed by the EU – from its IPA, ENPI and DCI3 programmes – and from loans taken by governments from the World Bank or other international financing institutions. Funding is made available to implement “classical” VET or adult learning system reform projects, such as in Croatia, Serbia and the former Yugoslav Republic of Macedonia on the Western Balkan, or as part of larger sector programmes in fields such as transport, agriculture, labour market or regional development.

I will elaborate on one example from Central Asia where the ETF has contributed to poverty reduction through innovative non-formal training practices. I will highlight the main features and critical success factors of such projects, also with a view to possibly transfer the experience gained and implement similar projects in rural contexts of other countries. The example illustrates that it can actually take very little, i.e. few resources and inputs, to improve adult training practices and to get things changed on the ground.

After the phasing out of collective farms in Kyrgyzstan, a big number of small farmers emerged who own small pieces of land. Very often, they lack the necessary farming skills; they have hardly any access to information, modern technology or training. Overall, there is little or no help available to them.

The Kyrgyz VET system is at a crossroads today, struggling to change and to become a credible and useful path for young people and adults. The major objective of VET policy in Kyrgyzstan is to contribute to a higher productivity by preparing competent people trained in various, not too narrowly defined trades. Substantial work has been done to prepare the new role and place of VET in the education system and in the society. VET strategies and action plans have been adopted, a few dynamic vocational schools have benefited from co-operation and investments by different donors, and work is being undertaken to modernise key VET inputs. However, the large majority of the population – rural working people – are still not seen as key clients by most of the vocational schools. As a result, vocational schools remain by and large underutilised, not attractive for most young people leaving basic and secondary school and not really open for the adult population living in rural Kyrgyzstan.

Outdated and narrow-profile vocational specialisations which used to satisfy the needs of the previously big combines and enterprises of the Soviet period are no longer relevant in an economy marked by numerous micro and small-sized producers and the respective need for multi-skilled, practically trained people. Moreover, the organisation of training provision is often not compatible with the schedules of busy farmers and small entrepreneurs.

In short, vocational schools could do better to support their local communities and economies. The new role for VET schools entails that they reach out to rural working people and ultimately provide the kind of training required in terms of both contents, time, capabilities and potential of the local people.

What was innovative about the ETF training projects was that vocational schools started to form networks and work in partnerships with local communities and rural administrations. Local communities were in the driving seat; they became important partners of vocational schools and “owned” and inspired the training of their people. Trainers changed from their traditional roles in that they went out and listened to the people who needed the training. Trainers became learners themselves, as well as facilitators of learning for others. Learning took the form of a new relationship between trainers and adult learners, in which both sides respect each other and capitalise on their mutual experience. Training took place at the sites or in the villages and at the times that suited the participants the most.

Examples of the training provided in Kyrgyzstan

Seed sowing and animal breeding, and the elaboration of business plans:

Schools began to understand that VET needs creativity and initiative to develop further. In the end, they were able to acquire a new image and to become important training outlets for surrounding villages. 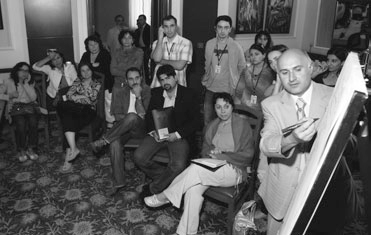 From the point of view of donors, the following issues are important to consider when designing, implementing or monitoring and evaluating such projects:

In conclusion, higher amounts of donor resources do not always do the trick when addressing complex problems. It is the intervention approach that matters. Small-scale training projects can work when they build on existing formal and informal institutions and expertise. A participatory approach between donors and local partners is central to project design and implementation with a view to develop local capacities for change and solutions that fit to the context. With little input from outside, the ETF-funded projects helped people improve their skills and move beyond subsistence and into wealth creation, thus promoting social stability and employment opportunities for others. Schools are now continuing to provide training without donor assistance.

The success of this story can be illustrated by the following quote from one of the trainers:

“Young farmers are lining up to attend the future courses organised by the Kochkor Vocational school in their villages. It is not for a scholarship or other benefits of the kind – but for the future return on this investment. The examples of their peers in the first villages that benefited from this training are the best advertisement”. 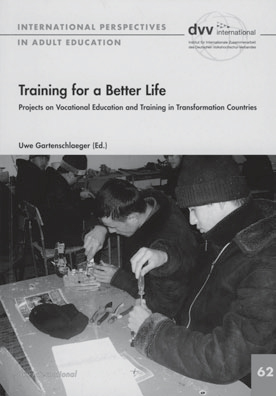 3 The EU’s Instrument for Pre-Accession (IPA), the European Neighbourhood and Partnership Instrument (ENPI) and the Development Cooperation Instrument (DCI).