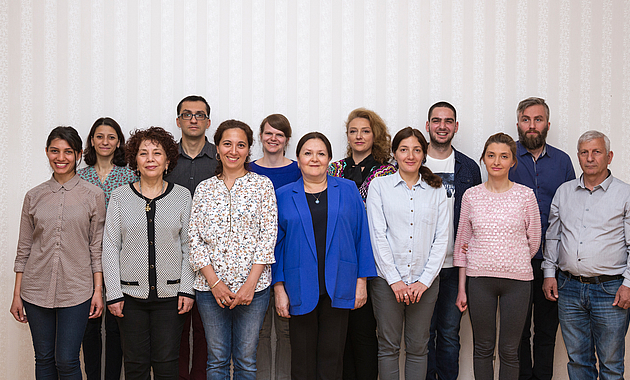 The DVV International team in Georgia 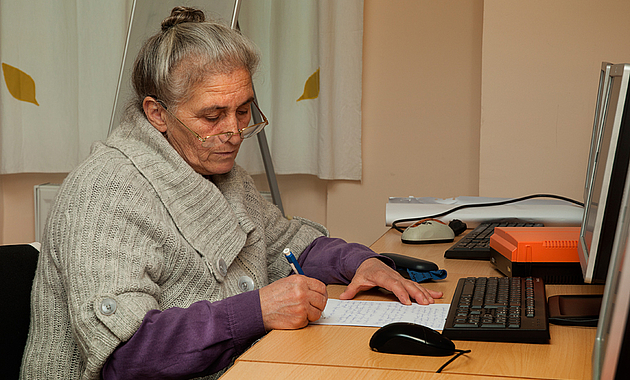 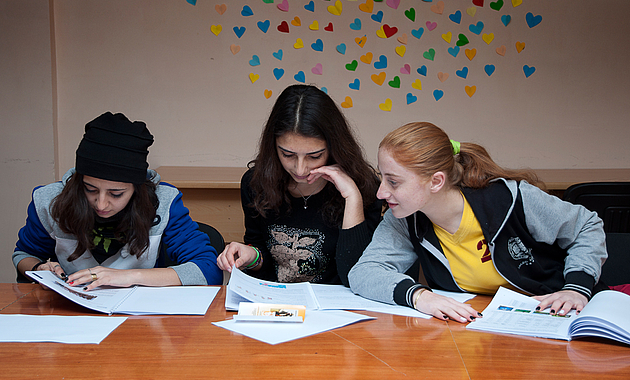 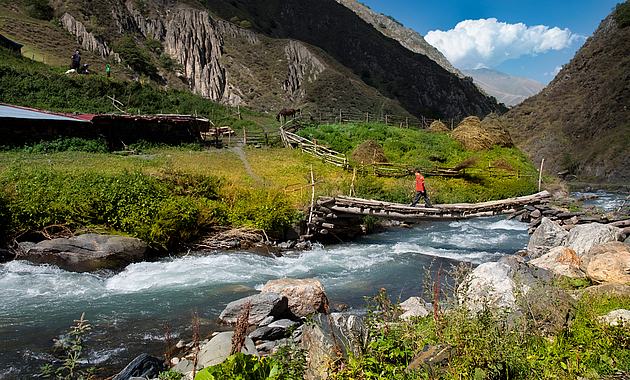 In 2002, DVV International opened its country office in Georgia, which has now become one of the key players in adult education in the country.

Within the framework of political and economic reform processes after the collapse of the Soviet Union, Georgia, like all South Caucasian countries, is faced with various problems. The trans- formation process takes a long time and the condition of a stable democratic system and a functioning market economy has not yet been attained. Successful reform of the labour market is one of the key preconditions for economic and social development of the country. At the same time the labour market makes new demands on workers, new qualifications and skills are required and the need for vocational training is high.

After the conflict with Russia in 2008 and the break-away of the former Georgian regions of South Ossetia and Abkhazia, many people from the region fled to Georgia. These IDPs (internally displaced persons) are an important target group for the offers from DVV International.

Adult education is not recognised in Georgia as an independent education sector and receives no government support. Many measures in Georgia are therefore geared particularly on educating the general public and policy-makers about the role and importance of adult learning.

Construction of adult education centres: Along with its partner organisations, DVV International has built nine adult education centres on the German model in different regions of the country, primarily to respond to the needs of IDPs. They offer, among other things, courses in the realm of basic education and vocational training. For the adult population in these regions the centres often provide the only chance for further education. Through their offers they could, in a relatively short time, for both the IDPs and the host communities, put “tools” in their hands which can contribute to an increase in income and to more participation in society.

Capacity building: DVV International supports the Georgian adult education centres in developing programmes and curricula for income-generating activities as well as in further training of trainers and instructors. Furthermore, the Institute also promotes the networking of the Georgian adult education centres among themselves and with German Volkshochschulen.

Lobbying: DVV International cooperates closely with the Georgian Adult Education Network – Gaen in the area of lobbying work. There are regular meetings with representatives of the Ministry of Education and Science and the local governments and other organisations active in the education sector. Adult education festivals are also regularly held in order to raise public awareness of the advantages and benefits of adult learning and to highlight its contribution to poverty reduction and socio-economic development of the country.

Analysis of past history: DVV International supports projects from various civil society organisations for the analytical study of Soviet history. One example is the project Soviet Tbilisi, which is carried out in cooperation with the Organisation SovLab (Soviet Past Research Laboratory).

DVV International has been working closely together with the Georgian Ministry of Education and Science in the field of vocational training (training of teachers, establishment of a vocational guidance system). Other topic areas of cooperation are the anchoring of adult education in legislation and the discussion of strategies for adult education and lifelong learning. The Georgian adult education centres, which DVV International has helped to build, are also important strategic partners. In the area of analysis of past history, the Institute supports various civil society organisations.