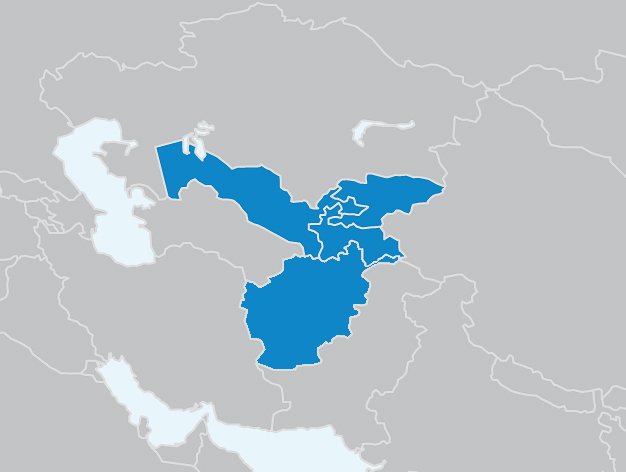 DVV International has been active in Central Asia since 2002. Initially, from 2002 to 2018, with a regional office in Tashkent as well as country offices in Dushanbe (since 2009) and Bishkek (since 2012). The representation in Kyrgyzstan assumed a coordinating function for Central Asia as a regional office in August 2018. The initial situation in the region is primarily shaped by the transformation processes which have been ongoing since the end of the Soviet Union and have taken different forms in the five Central Asian states, resulting in economic and socio-political upheavals. The three countries in question are among the poorest in all of Asia, with Tajikistan being the poorest country in the CIS (Commonwealth of Independent States). Politically, the framework conditions are characterised by authoritarian governance – also in varying degrees depending on the state – and little freedom for civil society. The attempt to cope with current societal challenges in the region, such as inter-religious and inter-ethnic conflicts, development of democracy, equality and inclusion, also leads to an increasing need for easily accessible non-formal education for the broad population. These needs have increased due to the worsening socio-economic situation caused by the Covid-19 pandemic.

In all three countries of the region, DVV International supports measures to promote employment, to peacefully deal with cross-border conflicts and to improve the educational opportunities for marginalised groups such as prison inmates, people with disabilities, women and young people from rural areas, returned migrant workers, etc. DVV International also supports the establishment and strategic development of learning centres and the professionalisation of educational and management staff.

Another pillar of the regional working approach is to support cooperation between national adult education associations and civil society education coalitions from Central Asia and the Asia South Pacific Association for Basic and Adult Education (ASPBAE) as well as cooperation with the UNESCO Cluster for Central Asia in Almaty.