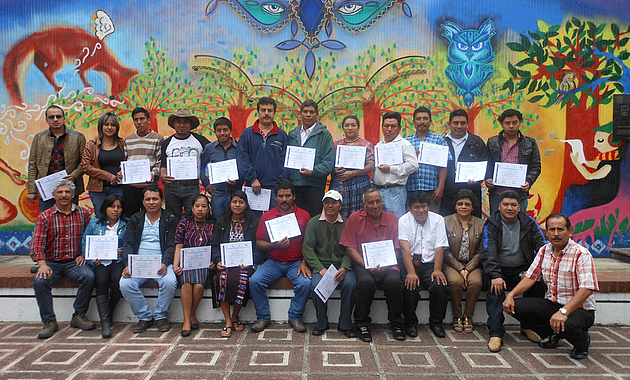 Awarding of certificates for completion of a course in solidarity economy 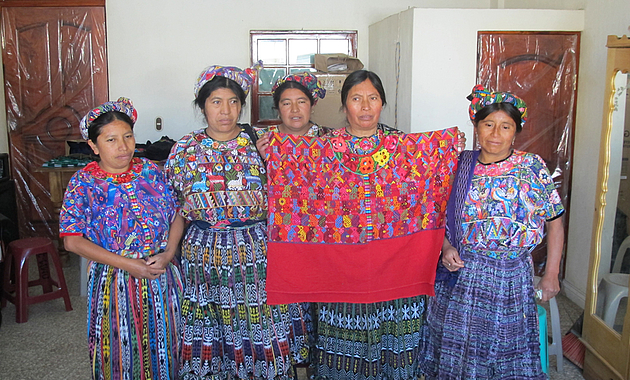 Members of the women’s cooperative SERJUS, a partner of DVV International 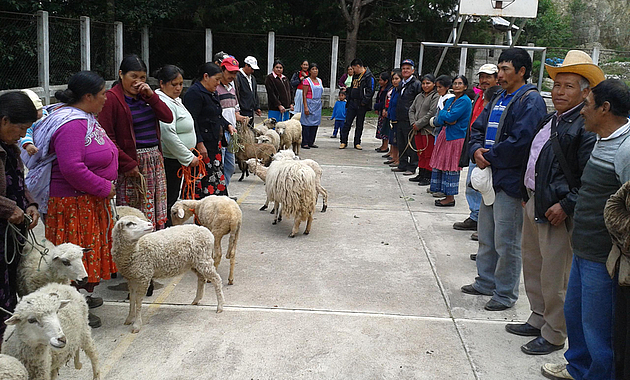 Giving sheep to families in Tejutla, by the partner organisation UAM

DVV international began its work in Guatemala in 1995 with a number of partner organisations working – despite all the differences in their approaches – for the interests of the historically constantly marginalised and repressed Mayan peoples. While the cooperation was directed from Mexico for many years, since 2013, with the introduction of a national coordinator, cooperation has been intensified with good results.

The cooperation with the six partners focuses on improving basic food supply and living conditions through the formation of self-governing groups at the local level. Important objectives are food sovereignty and the implementation of a sustainable solidarity economy through adult education methods.

The extent of work areas ranges from literacy concepts in Mayan languages through to village development and political education. The current focus of the work of DVV International lies in support for the indigenous rural population, particularly women. Since the mid-1990s, the Institute has made great efforts to strengthen the rights of farmers and women in the sparsely populated rural areas of Guatemala. In order to achieve this, two strategies were pursued: On the one hand, different projects with direct participation of the population were carried out in order to make agricultural production more environmentally friendly and efficient. On the other hand, the local politicians were included in the processes so that the progress in development would be long-lasting.

In this context, focal points of the work are:

In Guatemala, DVV International works with six partner organisations that address different groups of indigenous people. The partners strengthen and promote the interests of the indigenous population and often form the bridge between them and the local municipalities. Thus a dialogue is initiated in which the demands of the people can be introduced into laws and institutions. The partners are: Asociación de Desarrollo Integral Comunitario Indígena (ADICI); Cooperación para el Desarrollo Rural de Occidente (CDRO); Servicios Jurídicos y Sociales (SERJUS); Proyecto de Desarrollo Santiago (PRODESSA) und Unión de Agricultores Minifundistas de Guatemala (UAM).