Education for Everyone. Worldwide. Lifelong. / Worldwide / Europe / Caucasus and Turkey 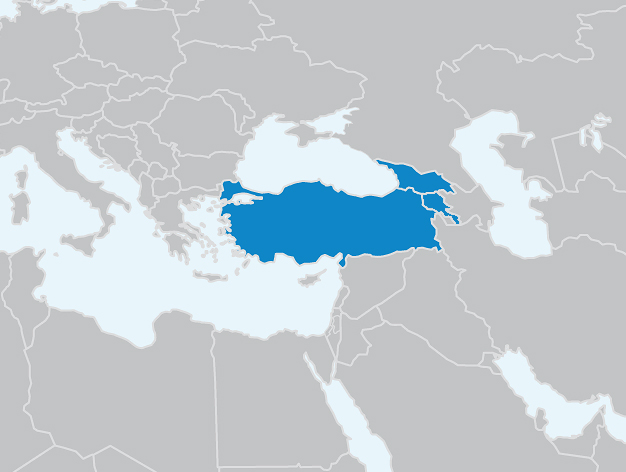 In January 2012, DVV International opened a regional office for the Caucasus and Turkey in Tbilisi, Georgia. The office is responsible for work in Armenia, Georgia and Turkey. Work in the countries of the Caucasus began in 2002; the Institute has been engaged in Turkey since 2011.

After the collapse of the Soviet Union, a political and economic reform process was initiated in the Caucasus, which is still ongoing and has various inherent difficulties. A condition of stable democratic systems and functioning market economies has not yet been attained. Large segments of the population in the partner countries Georgia and Armenia live in poverty, unemployment is high. The resulting lack of perspective for the future leads to strong drives toward migration.

At the same time there is a great need for vocational training in order to meet the new requirements of the labour market, which is one of the most important prerequisites for economic and social development of the region. DVV International therefore supports its partners in Georgia and Armenia, in government and civil society, in developing and implementing effective, market-oriented non-formal education offers.

At the regional level, DVV International promotes the exchange of expertise between the Caucasian partner countries and Turkey through, among other things, annual regional summer schools on various specialised topics.

Moreover, in the field of civic education and democratisation, DVV International carries out regional reconciliation programmes in order to contribute to stabilising the region. One example is the reconciliation project Acting together between Turkey and Armenia.