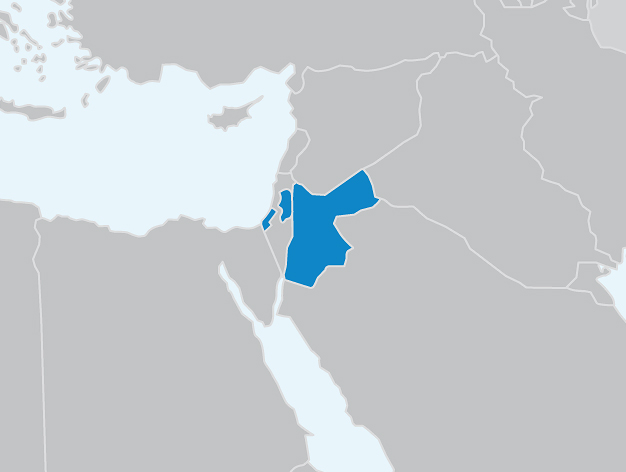 DVV International has been working with partners in the Middle East since 2009. The regional office in Jordan was opened in 2010, the country office for Palestine in Ramallah in 2012. A branch in the Gaza Strip followed in 2013.

The Middle East faces major challenges. Conflicts which are sometimes violent not only bring unimaginable suffering to the people affected, but also repeatedly set back the development of the region. Ultimately, conflicts, poverty of resources and a lack of redistribution hamper economic development and cause high unemployment rates. Especially women and young adults under 25 are affected. Innovative ideas are needed in order to develop suitable business sectors and tailor-made training programmes that build on local interests and opportunities.

DVV International, together with its partners, has set itself the goal of supporting young people and young adults in unlocking their potential and engaging in economic, political and social life, thus making a contribution to peace and development.