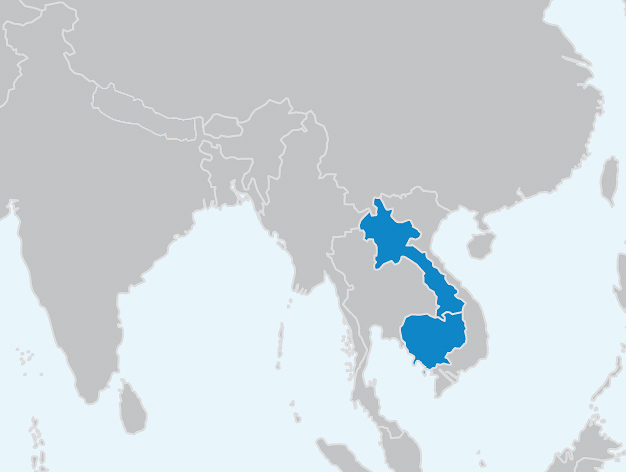 Cooperation between DVV International and its partners in Southeast Asia dates back to the 1980s. Since 2009, the Regional Office in Laos has been coordinating actions in Cambodia, Nepal (until 2016) and Laos, as well as cooperating with the regional network ASPBAE. At the beginning of 2017 a DVV International country office was opened in Cambodia.

No region in the world developed as rapidly as Asia in recent years: Double-digit growth rates are, for a number of countries, currently on the agenda. Despite this growth, in many countries large sections of the population are affected by poverty. According to World Bank estimates, more than half of the world’s poor live in this region. The relationship between basic care provided by the state and private market development is out of balance in many countries, also and especially in the area of education. Regulatory mechanisms which were applied and previously valid are losing their meaning, public goods and resources are being uncontrollably lost. These facts lead to conclusions that directly relate to educational work with adolescents and adults: education as a public good promotes economic and democratic participation, as it does a more conscious use of resources.

In this context, DVV International promotes measures to strengthen adult education and lifelong learning in Laos and Cambodia, working primarily with the non-formal education system and supporting the establishment of learning centres in rural areas. In both countries, DVV International supports the national government in developing and implementing a legal basis for lifelong learning. In addition, the educational opportunities of women in particular are increased through the development of working materials and targeted training measures.

In addition, DVV International supports the work of the regional network ASPBAE. The Asian South Pacific Association for Basic and Adult Education (ASPBAE) focuses on representing the interests of civil society, youth and adult education at the national, regional and global levels, and offers programmes for further training of managerial personnel.