Abstract – As the world, and education, becomes digitalised we need to ask: Who runs the show? This article describes some of the risks and possibilities behind the increasing use of technologies. As such, the use of digital tools provides an oppor- tunity for educational justice but can also deepen the unequal access to education and create social gaps. Some key aspects are presented, such as the importance of the political and pedagogical framework in which new technologies and digital culture are inscribed; the intentionality; asymmetric capacity of use; the human rights perspective and the digital world as an opportunity for resistance, mobilisation and citizenship.

Nothing is neutral. So the question of whether digitalisation provides an opportunity for educational justice or further broadens social divides will depend, in the end, on the political intentionality behind its use. That intention guides the accompanying policy framework and set of principles which inform the latter. As adult educators, we need to be aware of the political intentionality behind the use of technologies, considering this intentionality as the key factor to provide an opportunity for educational justice or to deepen the unequal access to education and the increasing social gaps.

First of all we must understand that the political and pedagogical framework in which digitalisation is inscribed determines the use of the technologies, and their consequent impact, and not the other way around (Tedesco, 2016). Technologies must be at the service of political and pedagogical frameworks and not determine them. They are a means, not an end in themselves, and certainly not the only means, but one among a menu of means which educators and learners can draw upon.

This means that educational policies should not focus on the beneficial training in the use of technologies and of technological apparatuses, but in forming educators and learners in certain political and pedagogical frameworks towards which technologies will contribute (Tedesco, 2016). The key is the intentionality of such frameworks – intention is what is at stake and must be questioned: increased educational justice will require frameworks which empower people to be active protagonists of their learning experiences. The aim should be to promote increased dialogue, participation and connectivity with diversity. The intention must be to address concrete educational issues – such as the democratisation of knowledge, improved learning, the promotion of critical thinking and of solidarity, and not surrender to technological fetishes. 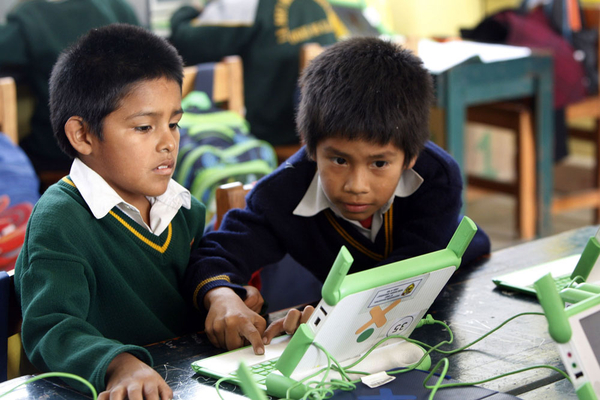 In their analyses of digital cultures, some authors have expressed interesting considerations. Milad Doueihi, for example, professor of Digital Humanities at Paris Sorbonne University, noted that the digital culture brings new possibilities, but also unpredictable and sometimes disturbing or even dangerous side effects. He has highlighted the need for an “informed user”, able to question and modify the “prefab digital environment” which is offered. He points out that inequalities and gaps are caused not only by asymmetric access to technologies, but also and especially to asymmetric capacity of use of the different technologies. On the one hand, technologies could be promoting passive consumers that are not questioning or problematising digitalisation, while on the other, technologies could be promoting debate, critical thinking, fostering people to take on an active role in technological development itself as well as in social mobilisation, political action and citizenship.

If Information and Communication Technology (ICT) policies are put forward from a human rights perspective, with the intention to promote educational justice, it is crucial to consider the public/private relationship. This brings us back to the political intentionality that drives technology and digitalisation. For educational justice to be promoted, it is paramount that the state can ensure free connectivity access and consumption as well as public debates on the technological instruments themselves, their packaging and their content. It is important to underline that these aspects cannot obey a profit-making motif, which would risk actually broadening divides and moulding counterproductive patterns and ways of thinking. If these policies and specific pedagogical contents are not kept in the public domain, the market will occupy this space and take on this role, obeying its own private interests (Lugo, 2015). It is crucial that ICTs and the digital world be open to public debate and policies so that these are in fact at the service of the public good.

The shift to digital attracts a lot of attention. There are clear and significant private interests who want to make a profit through digitalisation as well as other educational processes. ICTs and digital cultures should not view people exclusively as consumers of such technologies (moulded and determined by the market), but also and especially as producers of technologies. The obsolescence of technologies is often run by a pro-profit intentionality, and it is important that there are state and public mechanisms to develop innovation and technological advancements, independent from the market.

Addressing the issues and challenges to the right to education in the digital age, the Special Rapporteur on the right to education, Kishore Singh (2016), considers how the norms and principles that underlie the right to education should be upheld while embracing digital technologies. He says the technology provides significant benefits to the edu cational process, but may also undermine the realisation of this right. The guiding principle must be the adoption of an all-inclusive approach. He claims that special attention must be paid to issues of access and skills for the most marginalised groups and that the provision of education through digital technology may actually also contribute to gender disparities. Likewise, the autonomy of teachers to teach as they deem best can be hampered by technology-based education models, reiterating that “Academic freedom includes the right to teach without any interference, including the right to choose the content and methods of teaching and the freedom to use or not to use any specific technique or technology”. In addition, he highlights that while digital technologies necessarily involve the participation of the private sector, we must caution against the risks of privatisation in education and the commercial interests of private providers. 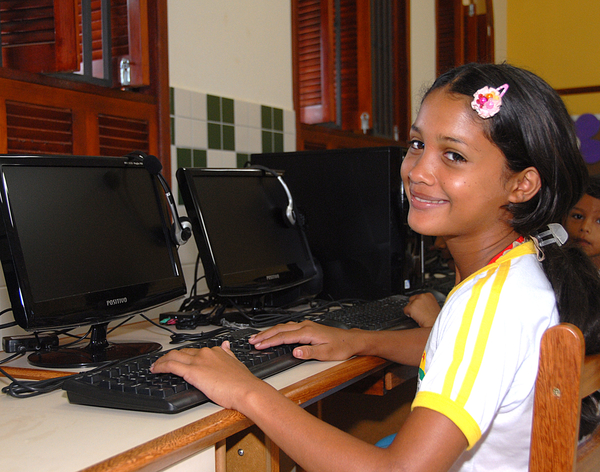 Similarly, it is crucial to highlight the importance of open educational resources, considering teaching, learning and research materials that reside in the public domain or have been released under an open license that permits no-cost access, use, adaptation and redistribution by others with no or limited restrictions. Open educational resources, including the choice towards open source software, also imply an ethical commitment to democratic and inclusive approaches, ensuring that people of different gender, nationality, race, lo cation, religion, or physical ability can use, relate and adapt or change them.

The lack of computer dynamics

In this article I have tried to explore some critical points that need to be taken into account regarding technologies and education, particularly the political intentionality behind the use of technologies. Technologies are a means, not an end in themselves. They are certainly not the only means, but one among a menu of means, from which educators and learners can draw. New technologies and digital cultures should never be seen as a replacement of teachers, human interaction, or of face-to-face teaching and learning. There is widespread consensus that autonomous, creative, empowered and valued teachers are at the heart of quality education for all. For as great as they can be, technologies cannot replace the dynamics of dialogue, debate, confrontation of ideas and opinions, and overall active collective learning that has a huge degree of spontaneity, thought-in-process and human emotion. Precisely in relation to a rights-based approach to digital technologies, Kishore Singh emphasises that the “public authorities should ensure that the use of digital technologies is considered as a means of education, not as substitute for face-to-face education. They should recognise that human contact in education is essential to the teaching and learning process”.

New technologies and digital cultures should never be seen as a replacement of teachers, human interaction, or of face-to-face teaching and learning.

Finally, we must bear in mind that the boundaries between the “virtual” and “real” are permeable, and we actually transit between them. This permeability in fact turns out to be a quality which opens the door for pedagogical resources. As citizens, living in a changing world that continually challenges us to think more deeply about our commitment to human rights and fundamental freedoms, the possibilities offered by the digital world as a crucial space for critical voices and key promoter of resistance, mobilisation and citizenship are undeniable.

Camilla Croso is President of Global Campaign for Education (GCE), Coordinator of the Latin American Campaign for the Right to Education (CLADE). She graduated in Social Policy & Planning in Developing Countries from the London School of Economics in 1998 and is the author of a series of articles and books in the area of education and human rights.