Education for Everyone. Worldwide. Lifelong. / Adult Education and Development / Editions / AED 77/2011 / A WORLD WORTH LIVING IN / A World Worth Living in – Report of the VIII ICAE World Assembly

“Taking Adult Education as a right, fostering the broad vision of Adult Education developed by the movement and sharing our accumulated experience, ICAE and its sister networks and organisations will be fully in place to contribute towards a world worth living in”, says the conclusion from the report which summarises the proceedings of the International Council for Adult Education at its Eighth World Assembly on key issues of global Adult Education.

The VIII ICAE World Assembly was celebrated between the 15 th and 16 th of June 2011, in the city of Malmö, Sweden. On this occasion, 700 participants from 82 countries debated with rigor and passion the world we envision as worth living in, the obstacles that hinder its achievement, the transformation that is called for and, within this context, the role of adult learning and education.

In line with its participatory culture, debate among members and invited guests started well in advance of the actual gathering. Between March and April of this year, four series of virtual seminars where held on the structuring themes of the ICAE World Assembly: 1. Lifelong Learning for sustainability in a climate changing world;

2. Follow up to the MDGs, the EFA Goals and the CONFINTEA agenda; 3. No right to decent work without decent learning and 4. The Nordic folkbildning and worldwide challenges. Over the period of one month, a total of 68 contributions and comments circulated by email, paving the way for deepened debate at the World Assembly. The choice of the four structuring themes reflect the intention of framing the debate on adult learning and education within a broader perspective and the recognition that debates take place in context, considering time and space.

In this sense, two contextual issues regarding where the Assembly took place are important: the first is the inestimable contribution of Nordic popular learning and liberal education to the field of Adult Education. Folk Schools were first founded in Denmark in 1844, then in Sweden in 1868, with the apparition of study circles as early as 1902. The tradition and practice of Nordic folkbildning have been kept alive to the present day.

The second important contextual issue is the choice of Malmö as the host city for the World Assembly. In tune with the assumption taken by the World Social Forums that another world is possible as well as with the vision of the present ICAE Assembly that we must move towards a world worth living in, Malmö city, in face of a crisis 20 years ago, decided to shift from being an industrial city to a sustainable and environmental city. Today, the city, which is host to 134 different nationalities, prides itself in having become a 21 st century eco city. Learning, understanding and empowering people was key, highlighting the central importance of adult learning and education in promoting change.

Regarding the timing of the Assembly, it stands out that we are amidst a set of structural crises that stem from the subordination of the world to the hegemonic force of capital and that has led to multiple processes of increased dehumanization, loss of dignity and planetary destruction. At stake in such a context are all human and environmental rights, including the right to education and the right to adult learning and education in particular. Today, 700 million are still illiterate, two thirds being women, and the 2011 Education for All Global Monitoring Report estimates three quarters of the countries will miss the targets related to Adult Education.

On the other hand, it is precisely within such a context that education is placed as central in social movements´ agenda. Key to the debate is which education is needed, in order to strengthen citizenship, promote critical thinking and action and advance all human rights. In the field of adult learning and education, the International Forum of Civil Society (FISC) prior to the 2009 CONFINTEA Conference, in which ICAE had a leading role, was an outstanding moment for such debate, as can be the follow up and monitoring processes to the Belem Framework for Action as well as to the MDGs and EFA goals that culminate in 2015.

Similarly worthy of note is the upcoming Rio+20 United Nation Conference on Sustainable Development in June 2012, which will be a key opportunity to engage in analysis, debate and the drawing of commitments towards a people-centered paradigm that dignifies human beings.

Critically understanding where we stand is the first step to confront and overcome the many challenges we face. Unequal distribution of wealth and assets across and within countries has been a marking (and growing) characteristic of our world for centuries as has been the multiple forms of discrimination that prevail. Inequality builds on patriarchal structures and overcoming patriarchalism remains a key challenge for all those who fight for justice.

The set of crises currently in place go hand in hand with a breakdown of legitimacy of the current economic power, without yet a fall of the military and political power. There is as well a loss of hegemony of power coordination that has been perpetuated since the end of the Second World War. This is a scenario of disorder, a melting pot, which at the same time that provokes uncertainty and risk, also opens breaches for advancing the various disputes that must take place for deepening democracy and promoting a world where the economy is placed at the service of the well-being and well-living of all. Although the legitimacy of the current model has been shaken, the world is still subordinated to the hegemonic force of capital which, faced with the crisis, can attain even more aggressive strains to guarantee its prevalence and recycle versions of itself, such as the so called “green business”, that gives fresh impetus to an unviable model that offers only questionable technology and privatization as an utopia. The subordination of the world to capital has deep and overarching consequences to mankind and to nature. One underlying issue is the flexibility of labor and its precariousness, understanding that the inequalities that mark our world sit on flexible and precarious labor. 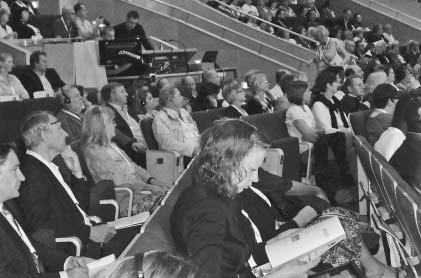 Multiple gender discrimination marks the issue of women and labor. Firstly, the labor market discriminates against women in their access to work, in the stigmatization that takes place, the significantly lower salaries received and in the more difficult ascent to power positions. Furthermore, scarce recognition is given to the value of unpaid care work, which is still strictly associated to the domain of women in gender division of roles. Additionally, a growing phenomenon is the accumulation of work by migrant woman who bear a double economic responsibility, working abroad and sending their salaries to their home countries.

The hegemonic force of capital also has underpinnings in the relation of women and men with nature and the environment. Under this model, there is an unsustainable pattern of production and consumption fed by an unlimited exploitation of nature for profit generation, where nature is thereby increasingly privatized, concentrating profit, increasing inequalities and disentitling entire populations. In this scenario, science and technology are often appropriated by the logic of market to serve its purpose and ethical and social considerations are stripped away. International power architecture has furthered environmental problems as States prefer to abide to rules from the World Trade Organization, which in fact run opposite of what is claimed in multilateral environmental agreements.

On the other hand, we have been experiencing some new, original and inspiring efforts to propose alternative models. Initiatives under the frameworks of “environmental justice”, “climate justice” and “biodiversity justice” are in place around the globe, where the latter places the custodians of biodiversity – women farmers, indigenous people, fisher folk – at the center of policy making. Furthermore, different countries have been including environmental rights along with social, cultural and economic rights, and Ecuador has recognized in its constitution that Nature also has rights. The Buen Vivir (or “well-living”) paradigm gaining ground in Latin America claims for different ways of living together, and living together well, equitably, recreating the human-nature relations, inspired by the indigenous peoples’ ways of living and perceiving the world.

We have also seen the raising of voices and movements, articulating collective action around environmental, climate and economic justice. Women have had a pivotal role and are key change agents in struggles over fossil fuel exploitation, pollution and environmental health, for food sovereignty, against privatization of nature, access to renewable energy, among others.

In fact, inspiring movements and collective voices are multiplying all over the world, crossing the North-South divide, involving men and women of all age groups, with an encouraging prevalence of youth and an especially outstanding participation of women in the Arab Spring. These claims for deepened democracy, increased freedom of expression, recognition, auto determination and social justice are a show of resistance and indignation in face of an unsettling world which we can, and will, change. 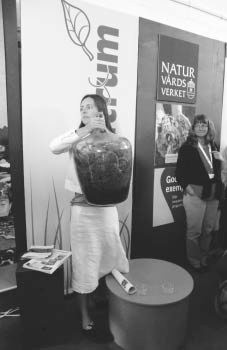 Recognizing the political underpinnings of education is central for bringing about the change we envisage. ICAE and sister social movements and organizations act in defense and promotion of adult learning and education in the perspective of political and social transformation. We place at the heart of our debate and action the fostering of critical thinking, of learning in dialogue with one another, the reading of the world in order to change it. It is inspired in the richness of our collective experience, with what we have learnt with popular education, feminist education, folkbildning, and so many other experiences, that we move forward the struggle for the right to adult learning and education. It is with this understanding and accumulated experience that we demand from the States, from international organizations and other policy makers, appropriate measurers towards social, environmental, economic and gen-der justice and within this, the right for adult learning and education. 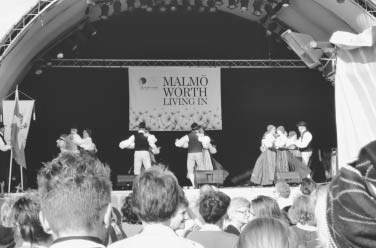 Adult learning and education is a right enshrined in the International Covenant of Economic, Social and Cultural Rights. The committee of this Covenant has clearly stated that “the realization of the right to education is not limited neither by age or by sex, it applies to girls and boys, young and adult people, including the elderly”. On the other hand, the CONFINTEA process dated from long ago, has offered an inspiring and holistic vision of adult learning and education. Taking Adult Education as a right, fostering the broad vision of Adult Education developed by the movement and sharing our accumulated experience, ICAE and its sister networks and organizations will be fully in place to contribute towards a world worth living in.