At a time when the engine of economic development is shifting to Asia, accompanied by remarkable developments toward greater democracy and citizen participation, and where the political weight of emerging countries, especially in Asia, is also growing on the world stage, Germany and Europe not only have to strive to maintain economic relations, but to build partnerships in civil society and education, the building blocks for the world citizenship of tomorrow.

Germany’s Eyes and Ears Should Go C Beyond Europe

We live in a different world today than at the turn of the century. While Europe and America are still recovering from the economic downturns of 2008, the fulcrum of global economy seems to be shifting towards Asia. China’s massive economic enterprise is also followed by that of Japan, Korea, India, Indonesia, Malaysia, Philippines (not to mention Australia). Asian economies are growing at 7-8 % annually, and huge surpluses are being created in those economies.

The cooperation between ministers of finance, trade and commerce amongst Asian governments has grown considerably; but, social sector (education, health etc.) ministers do not meet to calibrate their policies in the region. Therefore, there is a huge gap between economic performance and social indicators in the region. A majority of illiterates live in South Asia; malnutrition amongst children is around 40 % in many countries; the status of women is hugely unequal. Some of the Millenium Development Goals (MDGs) are unlikely to be met globally if India alone doesn’t meet them (rural sanitation, for example). 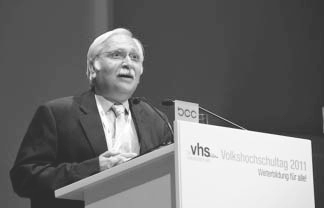 Therefore, Education for All in Asia is still a distant dream; it is particularly so because illiteracy abounds amongst rural poor and ethnic minorities across the region. Educational levels for indigenous populations are appalling. Nearly 60 % of all girls and women in South Asia are illiterate. Given the huge young population in the countries of the region, EFA (Education For All) goal 3 would be specially relevant – education for youth and adolescents. A large number of these youth have had no proper access to basic education; they are also migrating away from rural communities to urban settlements in search of livelihoods and survival. These youth need to be supported through Adult Education programmes.

The rapid pace of economic development in the Asian region is creating a larger proportion of employment opportunities in the informal sectors of economies; even in Europe, following the recession, new livelihood opportunities are in small shops, home-made self-employment centres, etc. In Asia, informal sector labour is nearly two-thirds of the entire workforce. These people work on farms, in shops, at home,
– they are the vendors, mid-wives, maids, rickshaw-pullers. They don’t work in offices, factories, mines or establishments – they work in informal settings and sites. However, our Adult Education programmes and policies seem to prioritise formal sector workforce, and are perhaps incapable of meeting the educational needs of the informal sector employment.

How can Adult Education focus on the informal sector workforce? How can it reach out to them? How can public policy support such efforts?

The EFA Goal 4 – skills/vocational education – is also very relevant in today’s Asia; the rapidly growing economies are throwing up demands for new skills, and traditional vocational education programmes are unable to cope with either the size of the populations or the range of skills-sets required. A particular arena for public policy is to create systems for recognition and accreditation of prior learning; this is specially relevant for a range of skills.

In much of the planning for vocational education, technical and “hardware” skills seem to get the most attention – plumbing, masonry, electrician, etc. Recent additions are computers, accountancy, writing etc. However, in many Asian countries (for example India), most rapid growth is taking place in service sectors of the economy. This sector requires a range of “software” skills – interpersonal communication, social relations, personal grooming, leadership, planning and monitoring, etc. Such vocational education programmes need to be developed and made available on a large scale to meet the educational needs of the growing service sectors. Should an impression be created that Asia is only about economic growth today, let me remind you all that almost all the countries of the region are facing an increasingly aware and active citizenship. Citizens in Asia – from Nepal to Myanmar, China, India, Korea, Indonesia – everywhere are beginning to demand greater accountability of governance and express a desire for greater participation in the same. Such democratic and participatory trends also require sustained support from Adult Education in the region. 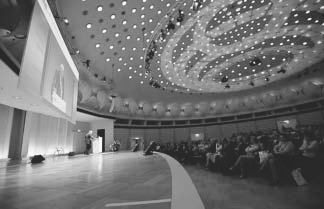 Finally, Asian governments are beginning to flex their political muscles in international relations; re- cent meetings of the countries Brazil, Russia, India, China (BRIC) in China showed this intention; ASEAN has become the most influential platform for joint
policy-making by Asian governments; there are 6 countries from the region in the G20 (India, China, Indonesia, Korea, Japan, Australia). This political voice is being consolidated and articulated in various global governance institutions (IMF most recently?). At this juncture, therefore, Europe in general (and Germany in particular) needs to find ways to engage with Asian citizens and institutions. As the BMZ and other European aid agencies have withdrawn their financial support to development projects in the region, a very critical link with civil society in Asian countries is at risk of being snapped soon. The issue is not financing governments of the region, for they can adequately fund their own programmes; the issue is to find ways to sustain and nurture decades of relationships with active actors within those societies. Through such links alone, knowledge about emerging issues and innovations can be shared; through such links alone, South-South cooperation can be strengthened (specially between Asia and the Middle East, Central Asia, Caucasus and Africa).

It is in this sense that Germany’s eyes and ears should go beyond Europe; while Germany needs Europe and its union as a part of it, it also needs to situate that in the global context. Mere economic and trade relations with Asian countries will not be enough; Adult Education partnerships can be an important thread to weave a new period of engagements with Asian societies. Citizenship in the world entails learning to engage with the world as a whole, and learning to act responsibly in the world. Partnerships between Adult Education practitioners and associations in Europe and Asia can be important building blocks for such a responsible world citizenship for tomorrow.