Human-induced climate change has the greatest impact on the poor, and especially on women, who face the most serious disadvantages in matters of employment, land tenure, education, health care, and career opportunities as well as in decision-making processes. As a consequence, women organizations are particularly interested in securing adherence to the resolutions of the international climate conferences. Lifelong learning is the key to building better understanding and new modes of behaviour that are crucial for changing prevailing models of growth and consumption.

Climate Change is currently at the centre of our day to day life, as its impacts and consequences are being experienced in all regions of the world. But as we know, climate change is not a natural phenomenon; climate has natural variability over time, but when we talk about climate change it refers to the alterations in the atmosphere that are over and above natural climate variation and that are a result of human activity. This means that the situation can be changed if human beings transform their ways of living to be more sustainable and friendly to the environment. Climate change, though, affects different social groups in different ways. This means that responsibility for making the necessary transformations in ways of living is also differentiated.

It is widely recognised that climate change is having a greater effect on vulnerable populations, groups and communities, this vulnerability being the result of different factors such as age, gender, geography, ethnicity, and income group. Poor communities often live in high risk areas and have limited access to resources and services that would enable them to mitigate and adapt to the problems caused by climate change. Women are particularly affected because they are the largest percentage of the poor population (it is estimated that women account for 70 % of poor people) and they also face gender inequalities, which climate change tends to exacerbate, as highlighted by the 2007 UNDP Human Development Report. Some of these inequalities are: lack of access to resources such as land, credit and training; limited participation in decision-making processes; more dependence on natural resources and greater caring responsibilities. 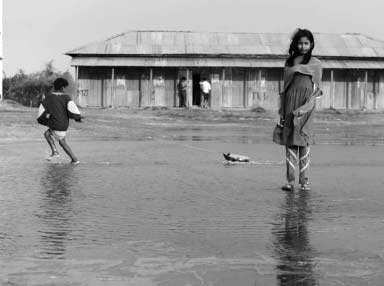 These existing gender inequalities exacerbate many of the consequences of climate change. For instance, reduced access to water puts further pressure on women, as in many countries of the South, women are the main collectors of water, spending several hours every day on this task. Women are also the main producers of food in many regions: according to UNIFEM, in some regions of the world, particularly in sub-Saharan Africa, women provide 70 % of agricultural labour and produce over 90 % of food. This means that changes in ecosystems and loss of diversity that are leading to reduced agricultural output and increased food insecurity are bringing greater problems to women as food producers, as well as impacting on human settlements as some areas become uninhabitable. Finally, the adverse impacts of the effects of climate change and environmental degradation on human health, such as waterborne diseases as a result of polluted water supplies, more extreme weather resulting in natural disasters, and changes in air quality and food quality, also have a particular impact on women in their role as principal caregivers. Many are having to take on an increased burden of care as they look after other family members and people in their communities, as well as having to deal with the impacts of these changes on their own health and wellbeing. This is further exacerbated by the fact that in some regions, women have less access to medical services, either as a result of living in remote rural areas where medical facilities are few and far between, or because they are not in formal employment and are not covered by medical insurance schemes as a result.

The 15 th Conference of the Parties (COP 15) of the United Nations Framework Convention on Climate Change (UNFCCC), which was held in Copenhagen from 7 to 18 December 2009, aimed to reach agreements among governments on long term cooperative action towards sustainability. The ultimate objective of the UNFCCC is to reduce the emission of greenhouse gases which interfere with climatic systems. Greenhouse gases occur naturally and as a result of human activity. They trap the heat in the atmosphere; when emissions of greenhouse gases are too high, this results in raised temperatures in the earth’s climate. According to the text prepared for COP 15,

In this context, adaptation and mitigation relate to measures that will help reduce greenhouse gas emissions and promote environmentally-friendly development.

The achievement (or not) of these very technical objectives will have a direct impact on the lives of millions of people around the world, and, as mentioned above, particularly on those who are more vulnerable. That is why civil society organisations and movements representing various constituencies are mobilizing to put pressure on governments to commit themselves to a deal that will change the current trend of unsustainable development. Women’s organisations in particular have mobilized to ensure that: gender equality is integrated in the Copenhagen outcome and follow up activities; the differentiated impacts of climate change on vulnerable populations, groups and communities are recognized and priority is given to those most vulnerable; all those affected by climate change are encouraged to participate in the decision-making, planning, implementation and evaluation of the Copenhagen outcome, and this participation is based on gender equity; women’s capacity to act and contribute in all measures is enhanced; and progress towards meeting commitments is regularly reviewed using sex-disaggregated data (so it will be easier to know how men and women are being differently affected).

Another important aspect that needed to be monitored by civil society in the negotiations and follow up activities is the capacity building dimension. The negotiation text included four areas where countries need to reach agreement: a shared vision for long term cooperative action; enhanced action on adaptation; enhanced action on mitigation; and enhanced action on financing, technology and capacity building. This capacity building included in the document refers mainly to technocratic capacity building approaches for mitigation and adaptation processes and there is no reference to democratic Lifelong Learning for sustainable societies and global responsibility. It is important to carry out advocacy work so that capacity building is understood in this broader sense. For instance, when speaking of training, reference needs to be made to the promotion of sustainable ways of living, both in the North and in the South, acknowledging the need for a shift from the production and consumption models that have led to present-day climate change, to sustainable models. Since this dimension was not included in the official negotiation text, it is essential that civil society organizations continue to raise awareness of this, and that governments responsible for the implementation of training incorporate promotion of the need for fundamental lifestyle changes into those programmes. 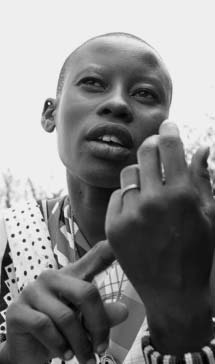 In Tanzania Ndetia Koipa and her neighbours are already noticing the effect that changes in weather patterns are having on their crops
Source: Geoff Sayer/Oxfam

The challenges currently posed by climate change highlight the need to consider the necessary articulation of efficiency and sufficiency in adaptation and mitigation actions. Efficiency actions refer for example to the use and recycling of energy sources or the development of clean technology, while sufficiency actions have to do with decisions about how much to produce, how much to consume, and setting limits on both production and consumption.

Education has a specific role to play in these shifts. Already at the Rio Conference on Environment and Development in 1992 a specific Treaty on Environmental Education for Sustainable Societies and Global Responsibility was approved at the Global Forum. The Treaty called for a collective understanding of the systemic nature of the crisis that threatens the world’s future, indicating that “The root causes of such problems as increasing poverty, environmental deterioration and communal violence can be found in the dominant socio-economic system. This system is based in over-production and over-consumption for some and underconsumption and inadequate conditions to produce for the great majority”. In the many years that have passed since Rio, little recognition has been given to the fact that development based purely on economic growth can contribute to worsening environmental conditions.

Central to this is the role that Lifelong Learning can play in altering popular attitudes. This is mainly in connection with the provision of information on the causes and impacts of climate change, but also includes other aspects such as: the promotion of sustainable ways of living; challenging traditional views on development and the exclusively technical approach to reversing climate change; awareness raising on the need to have a gender perspective; and disseminating local, indigenous and traditional knowledge about the environment and its management. In light of this, the International Council for Adult Education (ICAE) presented a workshop at the Klimaforum in Copenhagen on “Lifelong Learning for Sustainable Societies and Global Responsibility”, highlighting the role Lifelong Learning plays in the promotion of sustainable ways of living, informed by diverse environments, peoples, their knowledges and practices, and incorporating a gender perspective.