Education for Everyone. Worldwide. Lifelong. / Adult Education and Development / Editions / AED 81/2014: Communities / INTERVIEWS / Education as a tool for change

Celita Eccher
“Education as a tool for change” 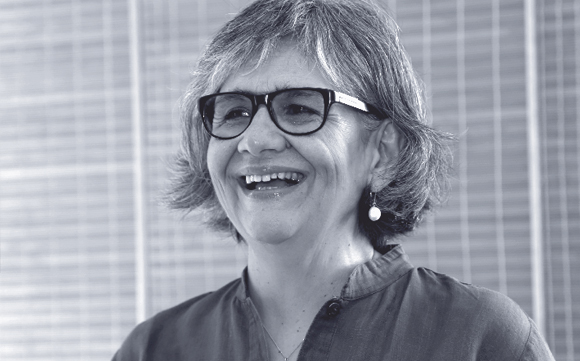 Celita Eccher is a feminist popular educator and activist committed and active in both Adult Education and the women’s movement. From 2002 to June 2014 she was Secretary General of the International Council for Adult Education, the global network repre­ senting more than 700 organisations com­mitted to the promotion of the right to learn for young people and adults across the world. She was also the General Coordina­ tor of the Gender and Education Office of ICAE. Before becoming Secretary General of ICAE, she was the Treasurer, from 1999 to 2002.

Some years ago a six-hour bus ride took me from Montevideo to Leon. Af ter two more hours in a small car on roads getting worse and worse we came to Cañas, a small rural town situated in the west of Cerro Largo in Uruguay, a remote area bordering Brazil.

This is where Celita Eccher lives in a house still under construction. I am offered a bed behind the stairs while other guests have to sleep on mattresses in the living room. Celita takes me to Cañas. We arrive at a small house in the countryside which consists of just one room with all functions from “kitchen”, fireplace to “classroom”. Women sit alongside the walls, their children play on the stone floor. Cooking. Wool working. Literacy training. “This is community learning in practice,” Celita says. “Learning caused by needs. Learning to survive.”

This is Celita at home. The week before or after, she might be in New York, Hamburg or Dakar, giving speeches or having talks with ministries. Since 2002 and up to July 2014 she was the dynamic Secretary General of ICAE, the International Council for Adult Education.

The English ar tist Barbara Hepwor th once said: “You have to search in your childhood to find the answers to what made you into whom you became later in life…” This is the starting point for the interview with Celita, conducted in June 2014.

Celita, what do you remember from your childhood?

I have very good memories of my childhood. I recall the games and the freedom we had. My grandmothers played an important role in my life: Celita Martins was a beautiful and educated woman, she spoke three languages fluently. I was named after her. The other, Pepa Sanguinetti, was an Italian woman from Piedmont, raised in Monte Caseros, Argentina, and illiterate. For me this was irrelevant; she was an expert in storytelling. Like a movie she told me stories of revolutions in history. She taught me many things I was able to understand immediately, more as I grew up.

I can clearly recall the holidays in the countryside, riding horses, climbing trees, looking after the cattle. In the evenings we gathered around the fire, to roast corn and listen to ranch heroes telling stories of lost souls, werewolves and ghosts. We were really scared…

“I was a student in 1968; we believed we would change the world. For me, the most important thing was to fight against injustice. I chose education because it is a tool for change.”

While studying, I became convinced that I was going to work in education, not in fields like health, labour or poverty. I was a student in 1968; we believed we would change the world. For me, the most important thing was to fight against injustice. I chose education because it is a tool for change. 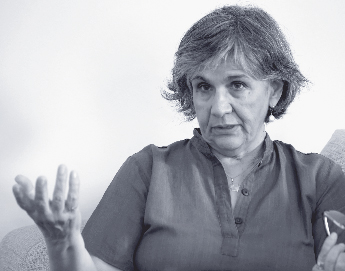 I started to work with adolescents at 22, in a secondary public school. During the dictatorship we moved to Peru because my husband and I were dismissed from our jobs. It was an unforgettable lesson of cultural translation that made me “think out of the box”. It made me change the narrow- minded vision of seeing everything through the lens of one’s  culture, believing that one’s countr y is the centre of the universe.

When I returned to Uruguay, still a dictatorship, it was impossible to find a job. Every inhabitant was classified as A, B or C; being “A” favourable to the regime and “C” against. We were the worst ones. Through exercise of my citizen’s rights, I was a delegate for my political party and also member of the teachers’ union. This hindered my job opportunities.  I could neither work in ministries nor in private companies.

In your struggle to manage life in these years of dictatorship you met Adult Education?

I had to develop my creativity to sur vive. One day, I was luck y enough to be selected to work in a project whose objective was education of rural women through income generation and administration of cooperative enterprises. In this learning space, I could learn the key aspects of Adult Education in a proposal of education for life through the collective organisation of labour. It was a unique chance to learn and teach in a popular education process that further fused with feminist theory and practice. Our beloved teacher Beatríz de María taught us: The distribution of power creates more power, we need to suppor t creativity in the development of self-confidence, we must recognise our lights and shadows, we can better overcome our personal weaknesses in teams and we need to have thoroughness as human beings who are able to grow. In this era of neoliberalism and post-neoliberalism, many of these values are outdated.

“I learnt that emotions conveying joy or sadness or other kinds of emotion contribute to our humanity and learning process.”

Your engagement in gender issues has influenced your work and life?

I learnt that emotions conveying joy or sadness or other kinds of emotion contribute to our humanity and learning process. The achievements and failures made us cry and laugh together with the women in the cooperatives. I strained to prepare with these women the plan of action through objectives in the cooperative enterprises, learning to read balance sheets, how to count cash, organise production, staff management and so many other things that are necessary to learn in business management. The key objective must never be forgotten: education in the development process and women’s empowerment.

How did you engage with REPEM and GEO?

The creation of the Popular Education Network of Women REPEM [Red de Educación Popular entre Mujeres] was encouraged by the Women’s Program of ICAE in 1981, in Pozos de Rosas, Venezuela. Gabriela Psicheda, the Coordinator of REPEM Southern Cone, appeared and ended the internal and external isolation we had been confined to by the dictatorship. It was enlightening to meet the other 12 organisations that were also working, in isolation, for women’s rights in Uruguay and further on, with our Latin American and Caribbean sisters. We learnt from diversity and relied on our solidarity.

“If one day I find that my heart does not beat fast for anything, I suppose I will be six feet under.”

In 1985, I attended a REPEM meeting back to back with ICAE World Assembly in Buenos Aires. It was the first time that we met the feminist leaders from Latin America, and we got together again at the ICAE meeting with the par ticipation of Alfonsín, the first democratically elected President in Argentina, at the opening ceremony.

In that process of re-democratisation, Popular Education played a key role, thus, CEAAL – the Latin-American Association for Popular Education – in Montevideo (1986) organised one of the most important meetings in its history, entitled “Reinforcing Democracy”. Since then we have been studying, reflecting and analysing the methodological proposal and the theoretical premises that guided our action until we managed to fuse Popular Education and Feminism.

I ended up being the coordinator of GEO, the Gender and Education Of fice. I was the ICAE Vice President for Latin America and I had to resume the work of the Women’s Programme that had been extremely reduced after being so impor tant. Therefore, CEA AL and REPEM took on the responsibility of organising this programme. We did it with a lot of enthusiasm, and with the suppor t of three feminist networks: FEMNET Africa, DAWN South East Asia and REPEM. GEO’s contribution to the advocacy for the right to education with gender perspective has been fundamental in ICAE’s work. 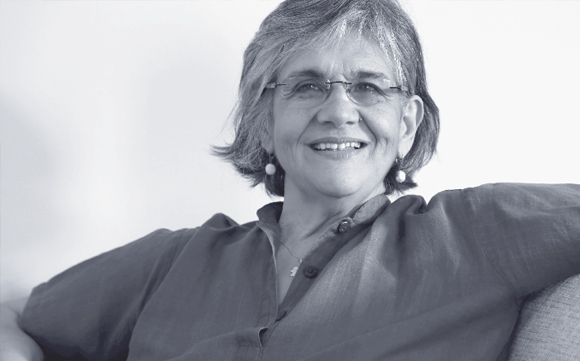 What would you say is your philosophy of Lifelong Learning?

It’s rooted in the values of my family: I was always drawn to community work from different approaches – political, educational, philanthropically. In 1968 it continued with the ideals of the students; we believed that we were going to change the world ver y quickly and we learnt our lessons through defeat. From that work I was lucky enough to develop. Life itself has also given me the oppor tunity to learn from so many people and to understand so many cultures,  to be near wonder ful people like feminist global leaders, to engage in learning processes in the global women’s movement and movements’ spaces such as the World Social Forum. If one day I find that my heart does not beat fast for anything, I suppose I will be six feet under.

IALL A is a unique learning and cultural translation space. A place where we always learn from our knowledge, our cultural differences, we share weeks with educators coming from all parts of the world. Each course becomes a unique experience and creates a different group of passionate people. It provides the possibility of creating a learning space where we permanently experience that the other person is also a human being, full of knowledge and af fection, and that we can strengthen ourselves by learning from our dif ferences. IALL A is not like any other course, the results go beyond learning to do advocacy for the right to education.

Did Adult Education change your personality and your way of living?

I have been very lucky having the opportunity to work and learn and to be the same person at work and in my personal life. I have always worked as an activist, fighting for those values in which I strongly believe.