Education for Everyone. Worldwide. Lifelong. / Adult Education and Development / Editions / AED 80/2013: Post 2015 / INTERVIEWS / Do not give us fish. Do not teach us how to fish. Ask us if we eat fish!

Auma Obama "Do not give us fish. Do not teach us how to fish. Ask us if we eat fish!" 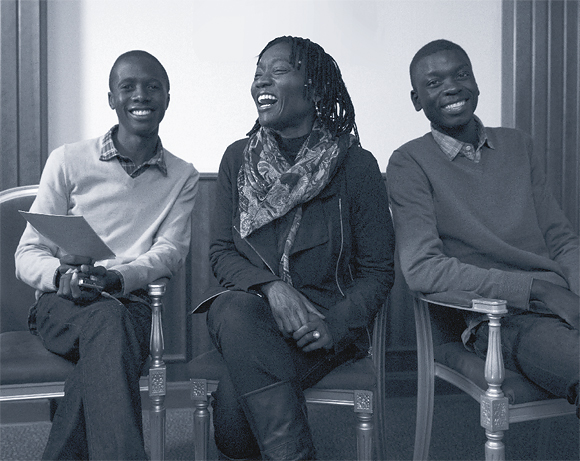 Dr Auma Obama grew up in Kenya. She studied German Philology and Sociology in Germany and graduated with a Doctorate from the University of Bayreuth. After returning to Kenya, she worked for five years for the international aid organisation CARE where she coordinated the initiative “Sports for Social Change”. With her foundation Sauti Kuu, she continues her work with underprivileged children and young people.
We talked with her about sustainable economic development, the Millennium Development Goals and about the need for a new concept of international cooperation. She was accompanied by two young people from the Sauti Kuu Foundation, Kennedy Odour Omondi, a beneficiary of the program and a youth leader, and Dan Joshua Odour, Project Field Coordinator for the rural program.

Dr Auma Obama, you have been working with children and young people for many years now. In 2010 you founded the organisation Sauti Kuu. Tell us about your engagement.

I founded Sauti Kuu because I wanted to do something for the youth. I wanted to give them a perspective for the future and to support them in a sustainable way. When I worked with the international aid organisation CARE, we focused on working with local grassroots non-profit organisations to build their capacity and help develop effective sport for positive behaviour change programmes. I worked with the Boxing Girls Eastleigh, Moving the Goalposts and Kenya Homeless Street Soccer, to mention just a few. Even though this work was very successful, I had the sense that we needed to do more for these young people. I wanted to support them to become independent adults, independent in their thoughts but also – and this is very important – independent economically. I felt that our job was not done unless we achieved this. If you want to eradicate poverty, one of the major aims of the Millennium Development Goals, you have to do it in a sustainable way. In my case, I want to support these young people to become employable adults. It’s all about sustainable economic development. With Sauti Kuu, we focus on personality development, formal education and on vocational training, and we include the families of the young people and the whole community in the work we do.

The Swahili expression Sauti Kuu means “powerful voices”. Why did you choose this name?

When you hear the power of your own voice and the effect it can have, you develop a different awareness of self; you can express yourself and take a stand on things that affect you. Only then can you make decisions about your life. With Sauti Kuu, I want to give young people a powerful voice, so that they can speak for themselves and be instrumental in defining their position in society.

Can you give us a concrete example?

We have built a youth centre, a safe meeting space. We started off by asking the young people from the very be ginning to be part of the process of designing the space and developing the concept behind the use of the space. They consciously were part of building their own safe space.

Kennedy Odour Omondi (Sauti Kuu Foundation, Youth Leader): It was difficult for us to start with, as we had no place to meet. We literally met under a tree. Now, that we have built the centre, we come together regularly and are able to discuss our challenges, issues and aspirations in a safe and comfortable space. We brainstorm on social and economic issues in our community. We discuss how we can transform our village.

Dan Joshua Odour (Sauti Kuu Foundation, Project Field Coordinator): To be part of the process of designing the centre was initially a challenge for the young people. But gradually they learnt how to discuss and make decisions on what they wanted. The whole process made them self-confident. In the beginning, it was also just a very small group of around ten young people that we worked with. But our numbers are growing fast. The centre has been well received by the community. Parents allow their children to go there because they know where they are and know that they are in a safe space – there are no drugs, there is no violence… 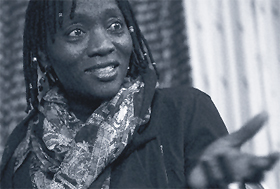 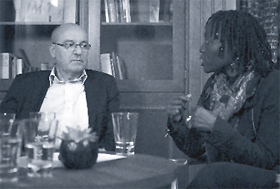 In 2015, the Millennium Development Goals (MDGs) will be formally phased out. What do you think of this global process?

I see a lot of positive developments and I see that the MDGs do have an impact. But there are two things which were not given enough attention in my opinion:

First of all, an exit strategy with regards to higher education and employability of those moving out of the formal or informal education system into the workforce. There was rightly a lot of focus on early childhood education, but unfortunately not enough on the other end of the spectrum, on the question of what happens when people leave the education system.

Second, the weight of achieving the MDGs was very much put on the shoulders of the western countries. The approach used had conditions that required governments receiving support to collaborate with western countries/ organisations as a criteria of credibility. Again the “developing” world took the back seat in contributing towards making development happen in their own back yard – very much in keeping with the traditional concept of development.

I would say that indeed some neo-colonialism is still evident in the relationship between the southern and the northern hemisphere. But this system can no longer work if we want real and sustainable economic development for all countries of this world. It has to change. We have to change our perspective on how we partner with each other. We have to collaborate eye-to-eye with each other, in dialogue on a par to discuss which concepts really work. The West does not always have the solution for the issues of the southern hemisphere. The West has to learn humility. I always say: “Do not give us fish. Do not teach us how to fish. Ask us if we eat fish!” Only when this question has been answered can we make a decision on whether to discuss fish or not. We can then together determine the direction of the dialogue.

The world is changing, getting “smaller” and the old models do not work anymore. Countries in the western world are having serious problems these days, similar to our own; look at youth unemployment, social disparities, natural catastrophes, etc. We have to work together, and ask ourselves: What can we all do to make a difference? We have to listen to each other and give each other a voice.

People need to pay attention to Africa. Africa is the future; we have a great deal of the world’s natural resources. There are also a lot of well-educated people – young people, like Kennedy and Dan – who are coming up and asking the question: “Why should the western countries tell us what to do?” The African governments cannot hide behind old concepts of development cooperation either. We have to appreciate our countries and we have to take responsibility. We have to do it for ourselves.

Many authors in this issue of Adult Education and Development talk about education as a human right. Do you agree?

Education must be a human right. But we have to know what we mean by “education”. We have to understand education as a broader concept, formal and informal education, for all ages, for children, youth and adults. In order to make education a human right, we have to take it more seriously. And it’s not only about the learners; it’s also about the teachers. Teachers are often not qualified enough, not well-equipped and underpaid. We entrust our most precious good, our children, to people we pay a pittance and expect them to prepare them for future. Education, if not thought through, can do as much harm as good. We therefore first have to develop, to the highest standard, our education system before we can present it as a human right. Because, what is the point of it being a human right if it is not quality education?

Dr Obama, thank you for the interview. 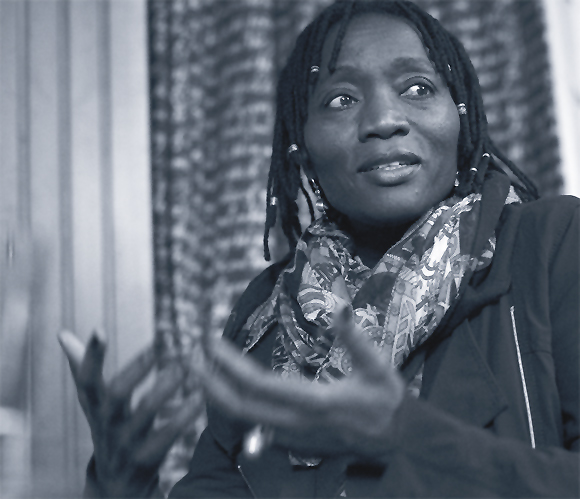