Education for Everyone. Worldwide. Lifelong. / Adult Education and Development / Editions / AED 85/2018: Role and Impact of Adult Education / ONLINE EXTRAS / How adult education rescued girls from the jaws of suicide 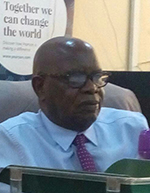 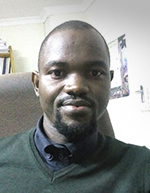 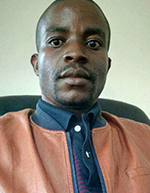 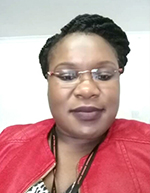 Abstract – The practice of child marriage in Zambia has blossomed into a pandemic that perpetuates the cycle of poverty. Chief Madzimawe applies adult education to curtail child marriage practices in his chiefdom. The article demonstrates how these principles of andragogy have helped to re-introduce pupils who have been liberated from child marriage to various levels of education.

Chief Madzimawe of the Ngoni ethnic group is using adult education to stamp out child marriage in his Chiefdom in Chipata District, Eastern Province, Zambia. Why has he decided to do this? Why did he use adult education to accomplish this? Can other traditional leaders  follow his example? We will explore each of these questions in greater depth, but first it is important to describe the growing problem of child marriage  in Zambia. 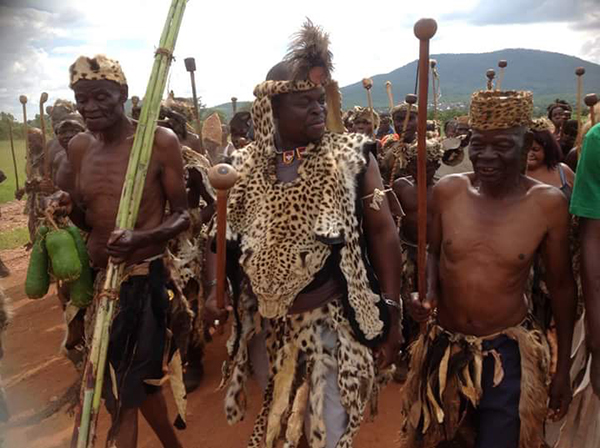 An estimated 76.6% of the population in rural Zambia are considered poor (Ministry of National Planning and Development 2017). One reason for this is child marriage. His Royal Highness Chief Madzimawe is driven by a desire to challenge such inequalities. The Chief explains: “… I decided to take this fight personally, following several attempts to mobilise the chiefdom in the fight against poverty. We discovered that an increase in the number of child marriages did not constitute any added value for society, and that these marriages just brought more problems…. It was discovered to be one of the things holding us back in our fight to get out of poverty.... So what we needed was to begin to establish programmes to fight these vices.”

The Chief and adult education

The Registration and Development of Villages Act (1971) assigns Chiefs to “encourage such projects which may improve the standard of living of people; and encourage educational and economic growth and assist in the improvement of all facilities necessary for the maintenance of health and sanitation in the villages”. Chief Madzimawe reflects that: “As a chief, I am somebody who is respected by everyone in the chiefdom. So I have to pay back this respect, and the only way I can pay it back is to fend for my subjects. One of the issues is to advocate for what I will call positive living to move away from these social challenges, bring about development and help my people get out of the poverty trap….”

This is a clear example of the similarities between the duties of Chiefs and those of adult educators when it comes to facilitating development. According to Dodo (2013) and Chigwata (2016), the role of traditional leaders is to serve as intermediaries between the people and the government, as well as with other stakeholders, in facilitating development in their respective jurisdictions. Thus, it makes sense to locate the role of Chief Madzimawe in the humanistic and progressive philosophies of adult education, as he strives to offer the practical knowledge and problem-solving skills necessary to reform society as well as to enhance personal growth and development among his people (Knowles, Holton & Swanson 1998; Rogers 1969).

To improve the chances of success for his initiatives, the Chief forged alliances with government and with non-governmental organisations (NGOs) in order to bring development to his people. He explains: “I work with government, the Zambian Police, the Ministry of Health, the Ministry of Community Development and Social Welfare (Ministry of Education), the Church …. And then there are organisations that have only recently discovered our activities in this chiefdom, Save the Children International, Zambia Centre for Communication Programmes (ZCCP), Women for Change, Women and Law in Southern Africa (WLSA), because they are the ones who provided the training that our people received….”

The Palace Sub-Committee on Gender

The chiefdom established a Palace Committee concerned, inter-alia, with gender, sanitation and hygiene, environment and health issues. The Gender Sub-Committee, which is more participatory and gender sensitive, coordinates gender and educational matters. Chaired by an Induna (Chief’s advisor), whose deputy is a woman, it includes 24 women and 10 men. Including more women than men not only empowers women in decision-making, but also enhances community ownership and collective action aimed at social change. These committees also appear at village level.

This Gender Sub-Committee organises children’s welfare programmes and collects reports on cases of child marriage. Within the Gender Sub-Committee sits a Child Protection Unit consisting of an Induna, a religious person and a villager playing a monitoring and evaluation role. This unit monitors the attendance, performance and progression of pupils who have been re-enrolled at boarding schools, and it provides progress reports. 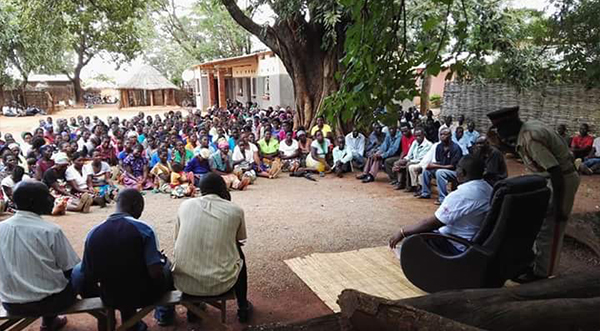 Dialogue and sensitisation meetings are held to discuss topics such as maternal and child health, teenage pregnancy and child marriage, sexual reproductive rights, gender-based violence and how all these affect development. The traditional leader uses the committee to highlight children’s rights, collectively set by-laws outlawing child marriage and outline consequences. This gives inhabitants access to information, enhances their inclusion and participation, and it helps mobilise local organisational capacities.

Workshops and seminars are arranged together with partners to discuss child marriage. This gives children and villagers a wealth of knowledge on the subject; it gives them tools that they can use to question and reflect on habits. It also equips them with problem-solving skills aimed at collective action. 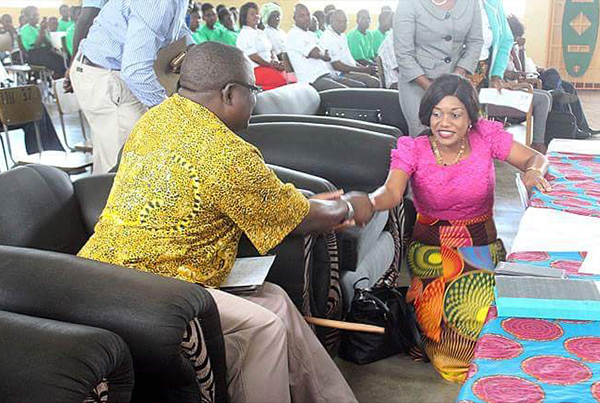 The traditional leader lobbies NGOs such as WLSA, WfC and others to build capacity and empower the chiefdom in order to bring services closer to people. Community-based paralegals and psychosocial counsellors have been trained through such partnerships. Counsellors help rehabilitate children’s minds towards education. Paralegals conduct community education to raise awareness of the law, advocacy, advise victims on legal procedures, assist clients in navigating their way through institutions, and organise collective activities and fact-finding.

The Gender Sub-Committee invites accomplished members of the community, especially women doctors, teachers, engineers, athletes and motivational speakers, to come and motivate orphans and vulnerable children (OVCs), as well as other children. Parents and villagers also attend these programmes.

The foundation, which is a brainchild of the chiefdom, was established as a response to child marriage in order to provide remedial education opportunities to OVCs and school dropouts. It is funded by the Chief’s personal resources, fines charged from offenders, village donations and resources raised by the Chief from well-wishers via social media. The Chief confirms that: “… Sometimes I use my personal resources…. I just see myself as a father with so many children and ensure that they are given the necessary support. This is the passion that one needs to have in order to push the agenda of giving support to these children…. We have one right now, he’s at Chipata College of Education pursuing a Diploma in Teaching…. This person has lost both parents.” 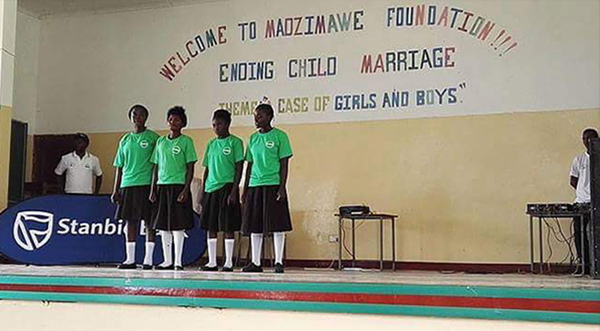 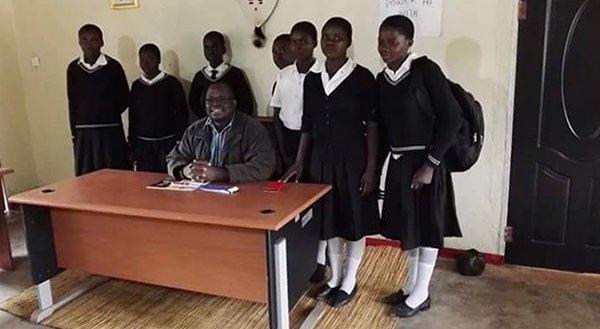 The Constitution acknowledges the chieftaincy, and provides for the establishment of the House of Chiefs. Chiefs are mandated by law to maintain law and order in their respective chiefdoms (Zambian Constitution 1996, Chiefs Act 1965). Hartman et al. (1993: 15-24) also posit that “traditional leaders assume responsibility for prevention, detection and punishment of crime…” Child marriage, just as intergenerational marriage, is illegal as it involves sexual intercourse with a person below the age of 16.

Chief Madzimawe applies the ethos of adult education to enhance discipline and development among his subjects. Andragogical techniques such as workshops, seminars and community education, advocacy and dialogue are used to sensitise villagers. This has, to a larger extent, served as a warning to those who force children into marriage. Chief Madzimawe: “…the gender committee goes into villages to sensitise the villagers…. So once a village has been sensitised, we don’t take any nonsense regarding child marriage. If a parent is found to have taken part in anything like child marriage or gender-based violence, they are supposed to be punished accordingly and … if they are cases which are criminal in nature, such as defilement, where they married off a minor, those cases are not handled at the palace. But if it is deemed that this case can be handled at the palace, then we punish them accordingly. They can either be given punishment to do community work, to go and work at a school or at a clinic, or a goat is confiscated from them, and the proceeds from selling these goats are used to pay school fees for those that we take back to school.”

Adult education principles form the primary disciplinary measure, with chastisement as a last resort. Offenders are either sentenced to do community service, fined or handed over to law-enforcement agencies.

It is important to shed light on the adult education mechanisms used by a Zambian traditional leader in salvaging much-needed human resources and making them available for sustainable national development. The approaches include community dialogue and awareness-creation, workshops and seminars, advocacy and organisational capacity-building at local level. Examples such as this can lead the way for other traditional leaders to join the fight and adopt similar strategies.

Chigwata, T. (2016): The role of traditional leaders in Zimbabwe: are they still relevant?  In: Law, democracy & development, 20. www.ldd.org.za

Wanga Weluzani Chakanika is currently Vice Chancellor at Chalimbana University. He is a Senior Lecturer and has formerly served as National Chairperson for Adult Education Association, Head of Department in Adult Education and Extension Studies and Dean School of Education at University of Zambia. Having taught and supervised at undergraduate and postgraduate levels, he is also an accomplished researcher.

Nelson Sakala currently serves as Chiefs Affairs Officer at the Ministry of Chiefs and Traditional Affairs. He is pursuing his Master of Education in Adult Education and has four years of work experience as a Part Time Tutor in the Department of Adult Education and Extension Studies at the University of Zambia.

Phyllis In’utu Sumbwa is from Zambia and has a lot of interest in issues of literacy and development. She is currently lecturing at University of Zambia, School of Education in the Department of Adult Education and Extension Studies with a focus on Literacy and Development related courses

ii The Ministry of Gender (2016) defines child marriage as a formal marriage or an informal union before the age of 18. The types of child marriage are: marriages among same-age adolescents, intergenerational marriage, and marriage to rectify a situation to avoid shame and dishonour to the family (Mushota 2005; Mann, Quigley and Fischer 2015).