Education for Everyone. Worldwide. Lifelong. / Adult Education and Development / Editions / AED 85/2018: Role and Impact of Adult Education / ONLINE EXTRAS / Planting the seeds in a Moringa cooperative 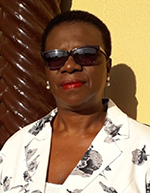 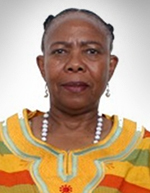 Abstract – Sedikong sa Lerato Cooperative Enterprise in Limpopo Province, South Africa, showcases the role and impact of adult education in empowering communities who cultivate the “Moringa” oleifera. The cooperative uses interventions in its various projects such as literacy and basic education learning activities to generate income. The findings indicate that this adult education initiative has been able to empower rural and marginalised communities in rural South Africa.

Sedikong sa Lerato Cooperative (SLOC) cultivates and processes the Moringa oleifera, an indigenous tree that is grown and found in various parts of the world, including South Africa. The cooperative started cultivating this tree in the early 2000s in order to address some of the socio-economic challenges that members of the cooperative and of the community at large face in rural areas. The Limpopo Province suffers from high unemployment, and the cooperative was initiated as a response. SLOC uses organic methods, which are considered cost-effective, environmentally-friendly and highly innovative. Whilst more research is being done into Moringa and its socio-economic benefits, this article focuses on the role of adult education in supporting the use of Moringa. The findings indicate that SLOC has empowered rural and marginalised communities in rural South Africa. One such project is the Moringa processing.

The root of the problem is unemployment

This article is about a particular rural area where the Moringa trees are cultivated, but the adult education approaches used by SLOC in Tooseng, Limpopo Province, South Africa, can be applied in other rural areas around the globe. The model can apply to places where people may wish to use Moringa or any plant-based product and might learn how SLOC, supported by adult education initiatives, has been so successful.

Most socio-economic problems in South Africa stem from unemployment. Young people and women are especially vulnerable, particularly in rural areas (Biekpe 2007). SLOC secured a plot of communal land for the cooperative. In order for projects to be recognised entities in South Africa, they have to be registered with the Department of Social Development. The Moringa project was initiated as a project within the SLO Cooperative. The project leader saw how many households were struggling to get by whenever several of the family members were unemployed. What rural communities lack in terms of job opportunities they often make up for with abundant land and natural resources such as the Moringa tree.

The history of the Moringa oleifera tree can be traced to Ancient Greek and Roman times, (Fahey 2005). The tree is cultivated as a sub-species of the monogenetic family of Moringaceae, of which there are about 13 species (Price 2007). Moringaceae’s origins can be traced to the Himalayan regions of India, Pakistan and Bangladesh. It is also referred to as the horseradish tree, drumstick tree, benzolive tree, kelor, marango, mlonge, mulange, saihjan, sajna or ben oil tree (Fahey 2005). Moringa is used in various parts of the world where the locals describe its medicinal and nutritional properties. Rockwood, Anderson & Cassamatta (2013) report on its nutritive, water-purifying and medicinal properties, as well as on its plant compounds. The Moringa oleifera is an Indian tree that has been used in traditional medicine for a very long time. There are claims that its leaves may lead to modest reductions in blood sugar, cholesterol and other ailments. Graham (2011) states that Moringa leaves are so beneficial that, added to the food of children, and eaten fresh or powdered, they improve their health substantially. Referring to SLOC, the author of this article would like to add that by 2011 about 300 whole families, as well as 350 orphans and vulnerable children were being supported by the cooperative.

According to Mokomane (2012: 2), economic awareness is “the capacity to enable marginalised groups to think beyond immediate daily survival and assert greater control over their resources and life choices, especially decisions on investments in health, housing, and education.” This is achieved through economic participation in productive employment and decent work, which in turn leads to poverty reduction and social integration. The theory or model of andragogy according to Knowles (1980) involves the reorientation of adult educators from “educating people” to “helping adults to learn”. A principle of adult education that adult learners in the Moringa project cited during the interviews was that they volunteered to learn, as they were not forced to join the cooperative, but they acknowledged the amount of learning that they gained from a tree that had never meant much to them. “We knew the tree could heal some ailments, but now we understand and appreciate the effects of natural resources in our midst better,” one SLOC member reiterated.

According to Etzion (2007), environmental issues are intertwined with the broader concept of sustainable development. In a commercial context, this is commonly understood as the integration of social and environmental concerns into a company’s goals and mission, without foregoing financial vitality. Environmental education is essential for communities, as the reckless use of natural resources and environmental degradation impacts negatively on communities themselves. The Moringa project leader revealed that the cooperative was able to introduce and apply adult education learning methods such as the Regenerated Freirean Literacy through Empowering Techniques (REFLECT) circles where dialogue and information-sharing by Moringa project members created their own narratives around Moringa beliefs and myths. The Moringa project also used apprenticeship as a learning and sharing method where unemployed young people work with cooperative members in cultivating and processing the tree while gaining skills in environmental awareness and organic farming. Observation visits revealed that organic farming methods such as the use of drip irrigation, collecting rainwater and avoiding the use of artificial fertilisers and chemicals in growing vegetables is a result of the education gained through the cooperative, through learning by doing. Although the Moringa trees and products are meant for various health and economic purposes, the trees also help reduce soil erosion, whilst at the same time the leaves absorb carbon dioxide from the atmosphere. It emerged that at least 90% of the households in the area have vegetable gardens, as well as at least one Moringa tree which they claim helps to improve their health.

One community participant referred to Moringa as a miracle plant. He said the tree and its leaves help them to address a number of ailments such as blood pressure and body pains, and that the leaves in particular were used as a relish with other vegetables.

“We use it as green tea as well. We have realised that the stalks and flowers are very good for our livestock. They put on weight when we feed them with it as well, and their reproduction capabilities increase.”

The SLOC members said that since participating in the project they were able to talk openly with community members about health-related issues. “HIV/AIDS was a taboo attributed to witchcraft and evil spirits. Now we know that it is not. SLOC taught us more than we thought we knew.”

The article showcases the role and impact of adult education in empowering communities who cultivate the “Moringa” oleifera. The findings indicate how a cooperative used different approaches and methods to empower rural and marginalised communities in rural South Africa. The Moringa processing project used dialogue and information-sharing conducted through REFLECT circles, where rural women created their narrative from their beliefs, and myths around the indigenous Moringa tree.

Fahey, J.W. (2005): Moringa Oleifera: A review of medical evidence for its nutritional, therapeu-tic, and prophylactic properties. In: Trees for Life Journal, 1(5). https://bit.ly/2Pb0xO0

Nthakoana Jemina Maliehe-Arko is a teacher by profession. She has taught in high schools in Lesotho and South Africa. Her research interests are in adult education. She is currently self-employed and pursuing further studies in Teaching English as a Foreign Language (TEFL) with the TEFL Academy in South Africa.

Lineo R. Johnson earned her doctorate at the University of South Africa, where she works
in the Adult Basic Education and Training (ABET) & Youth Development Department. Her research areas are in adult education. She has more than 30 years of work experience in adult education programmes in Lesotho and South Africa.